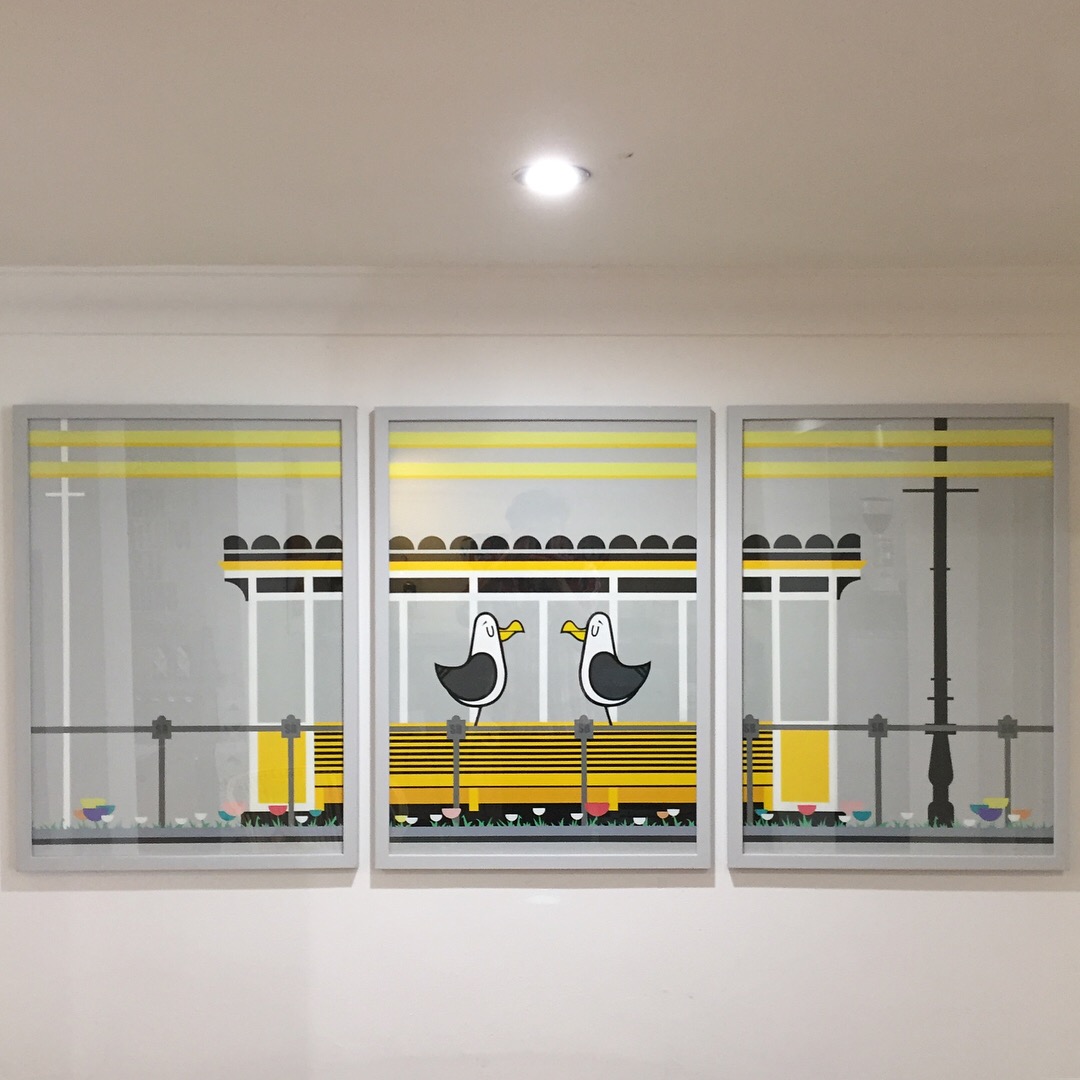 When you drive into Southsea, or even walk down a stretch of road, you are sure to see an iconic seagull that Fark has painted. In fact, those seagulls are the thing that really makes you feel you are in Southsea! Getting to know Fark over the last 3 and a half years, I have loved watching his journey develop into new and exciting things. The last year his creativity has been profound, from his street art which has a current feature at the old Debenhams site, the giant poster he made at Fratton on the billboard with that iconic rainbow, and seeing his commission work move into furniture and custom wall art.

From boiler covers that have been thrown away, a side cupboard or a chair there is nothing that Fark cannot transform and that is why his commission work is very special. He can make you something bespoke and original but he also sells items he has been inspired to paint on and give new life along the way.

I asked him a while ago where his inspiration for his work came from and he said his dad was always drawing when he was a kid. Loving putting his stamp on paper, he then moved on to spray cans and the rest is history. Having painted on the streets in the UK and internationally for 20 years he has met some great street artists and also worked with quite a few!

Working for Banksy, Adidas, Armani, and Anglepoise have stood him in good stead to achieve his status as a local artist everyone loves. Spending time on local projects like Strong Island and collaborating recently to produce a t-shirt with them shows Fark is always developing new ways to showcase his work and is happy to try his hand at a few things.

Fark worked in retail store design for a while but left to become a full-time artist and hasn't looked back since! Exhibiting his work in the UK and across Europe has allowed him to travel, meet new artists and make lots of friends. Speaking about his work he said, “It's all about putting a smile on people's faces." I couldn't agree more. I love how his work makes you feel like it’s Summer, even on the coldest and darkest of days. And surely that’s enough to make anyone smile?

For me, watching Fark begin to set up at the top of Highland Road was the start of something new. You instantly knew you were near his studio with lovely, vibrant colours painted on the lamppost and his distinctive birds leading the way as you head up that part of Southsea.

Having moved there last Spring and then seeing George from Pompey Banana Club move in with him a few months later meant that was a lot of creativity coming from one space! Recently Fark and Pompey Banana Club collaborated to produce some artwork for the Portsmouth Creates market and it was a huge success which has led to some new and exciting decisions.

Fark said he loves his studio but as his commissions have grown, he needs more space to work. So, he and George are moving further down the road to a corner space where they can both have studios but also have a front; customer-facing presence. The new space means they can also look to promote other artists they love locally. This is happening soon so look out for the Corner Collective – comprising of studios and gallery space – and go and support Fark and George in the next stage of their journey. They are setting up a crowdfund which has so many benefits. Each amount you pay allows you to have a gift, whether that be stickers, a piece of art or a commission of work!

Check it out here 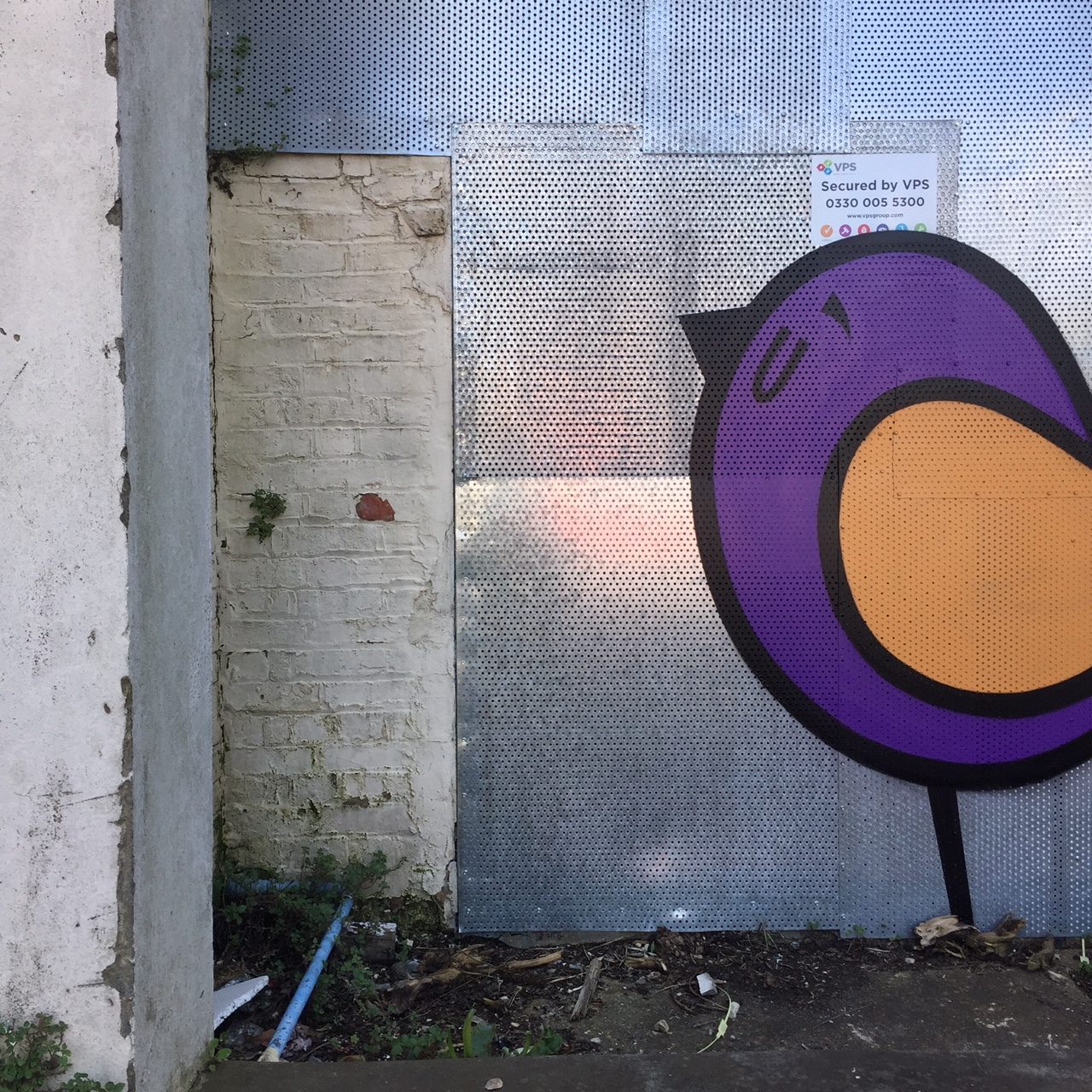 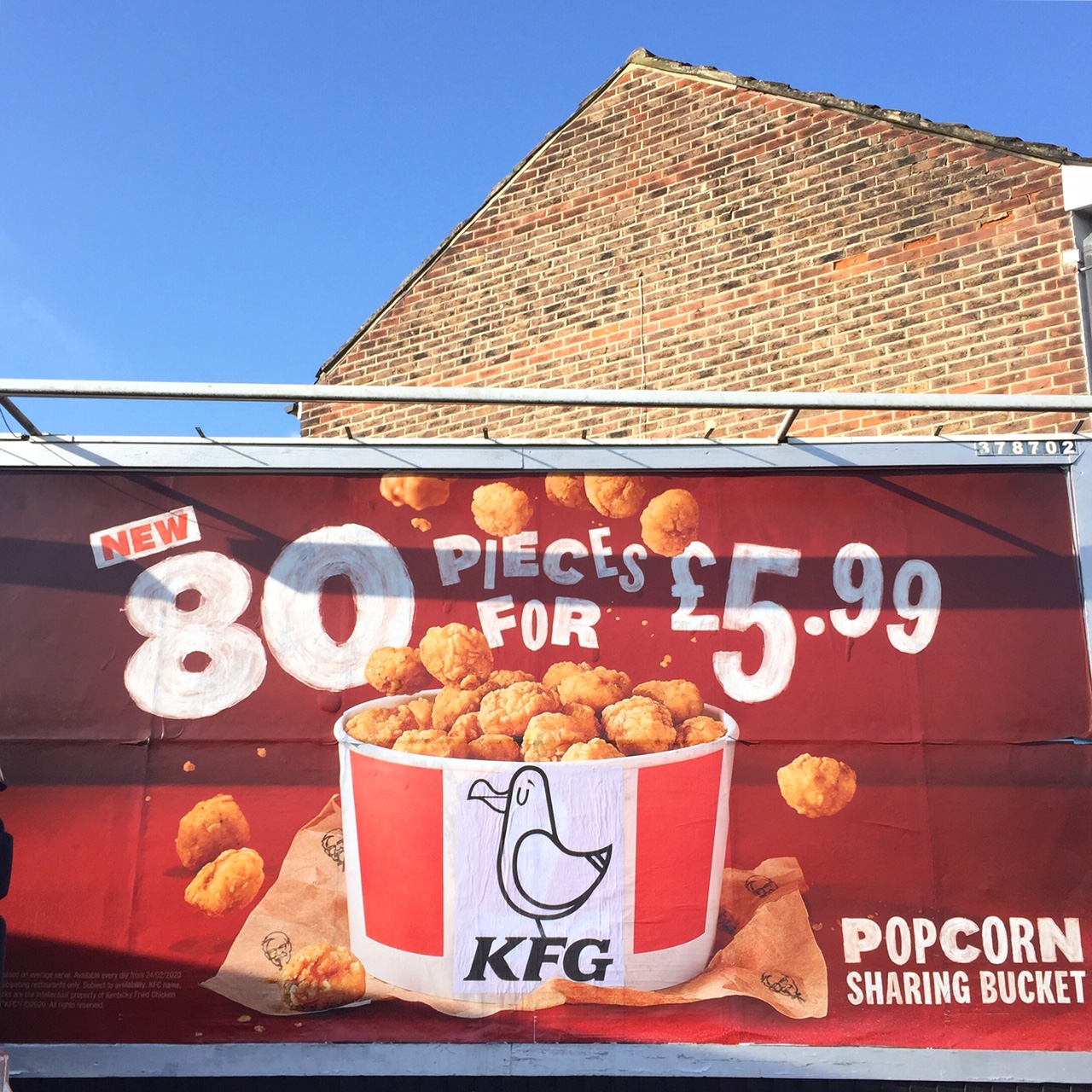 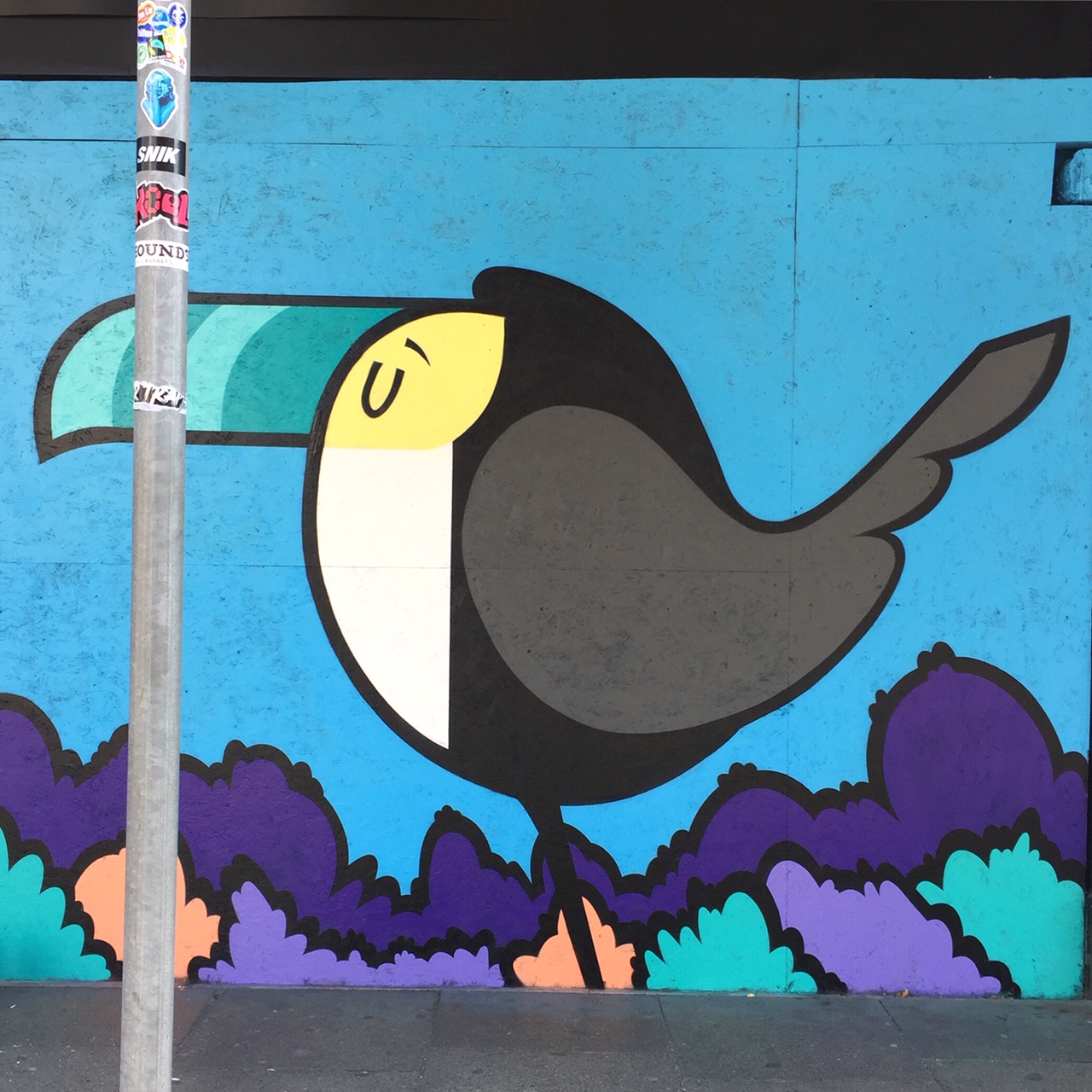 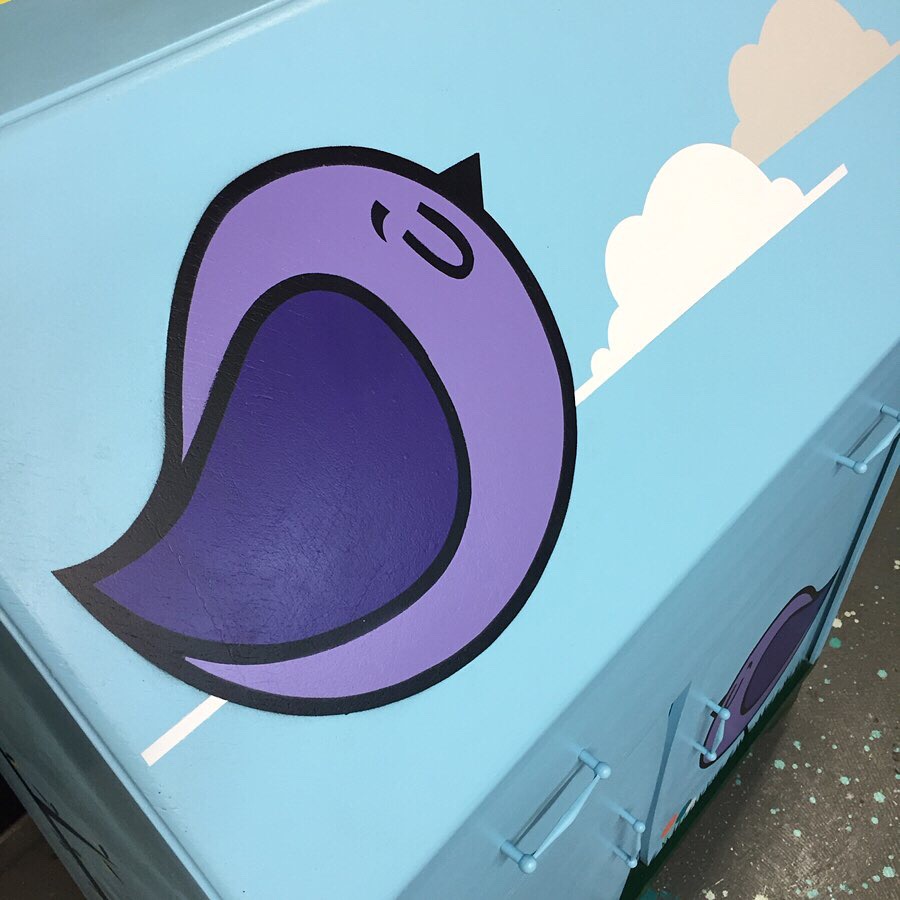 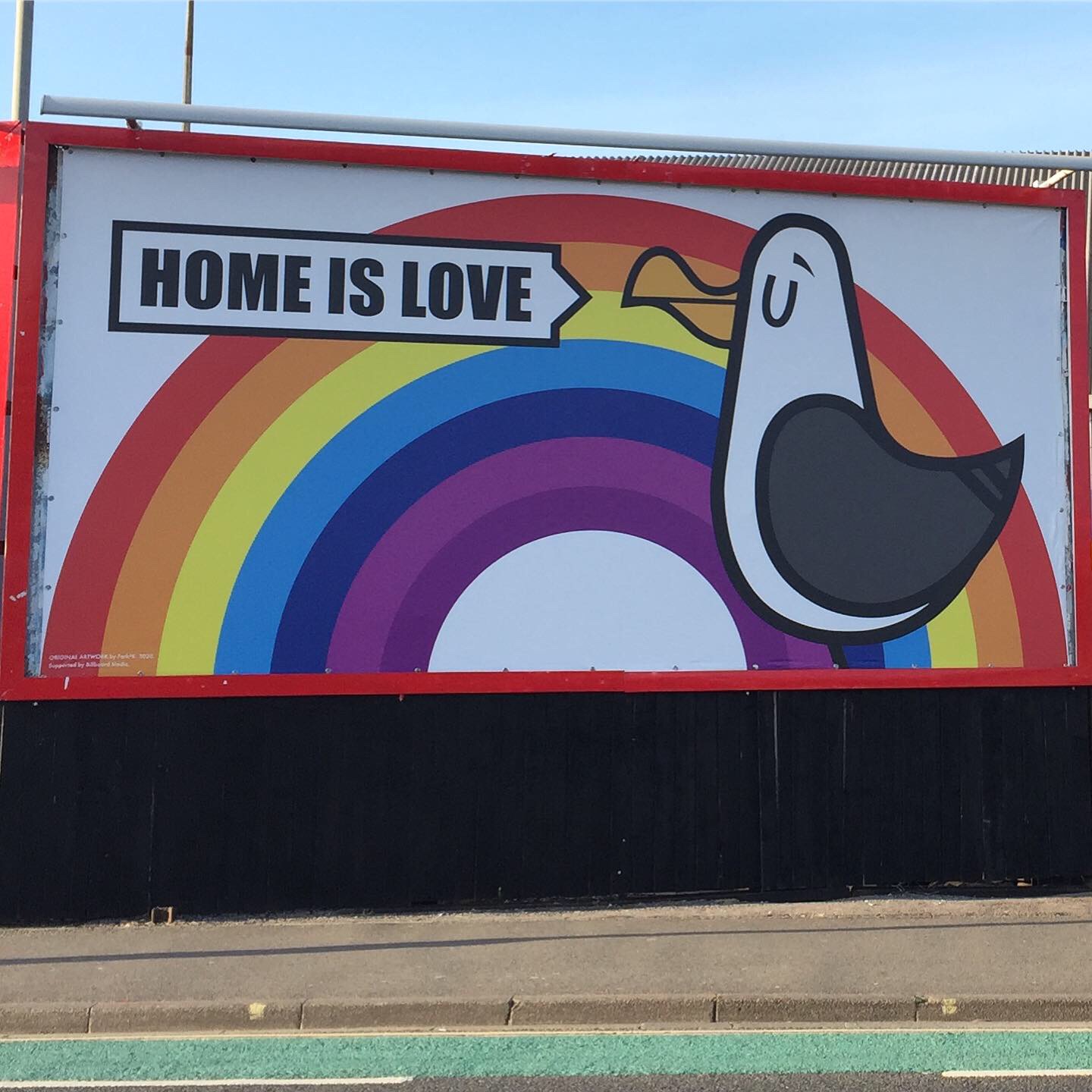 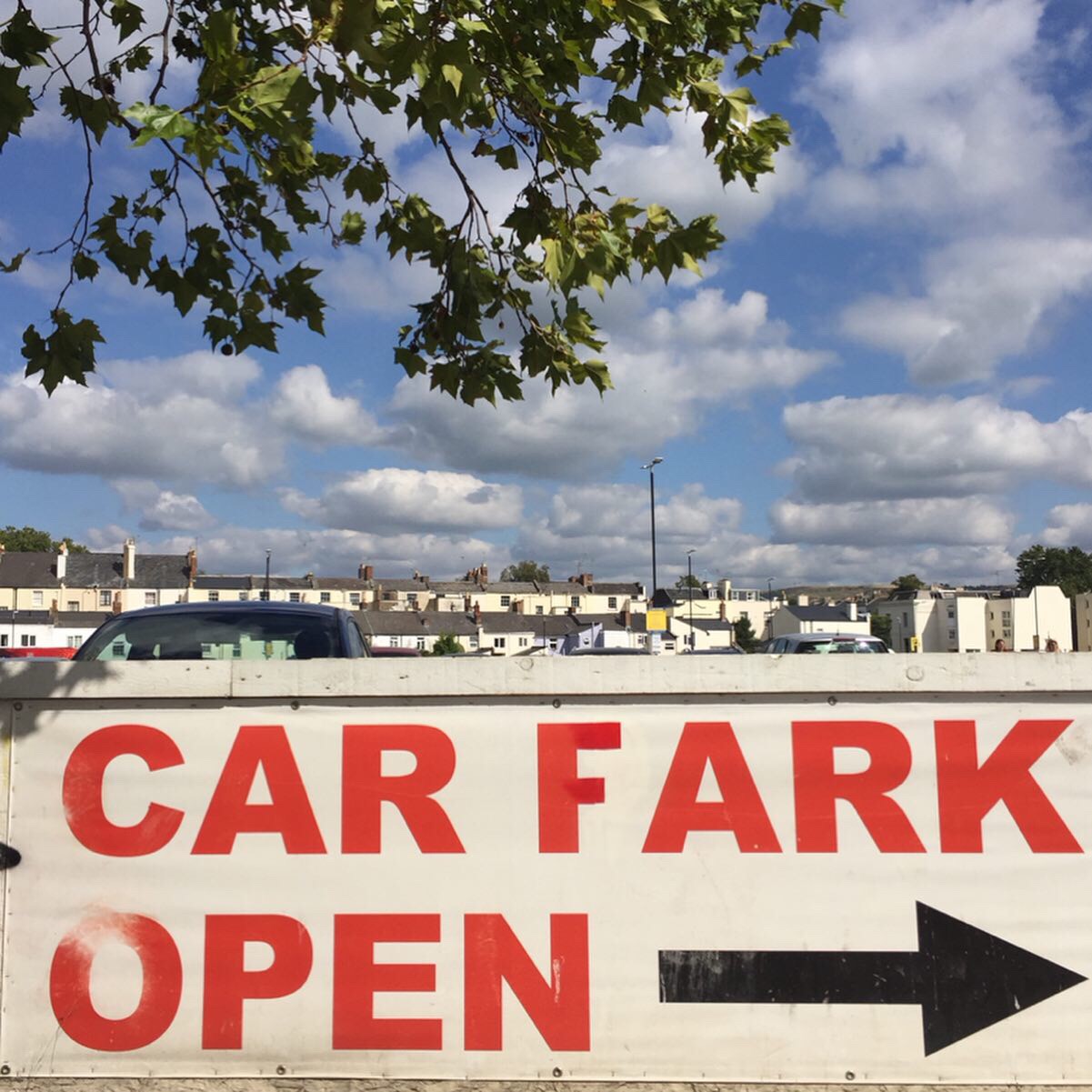 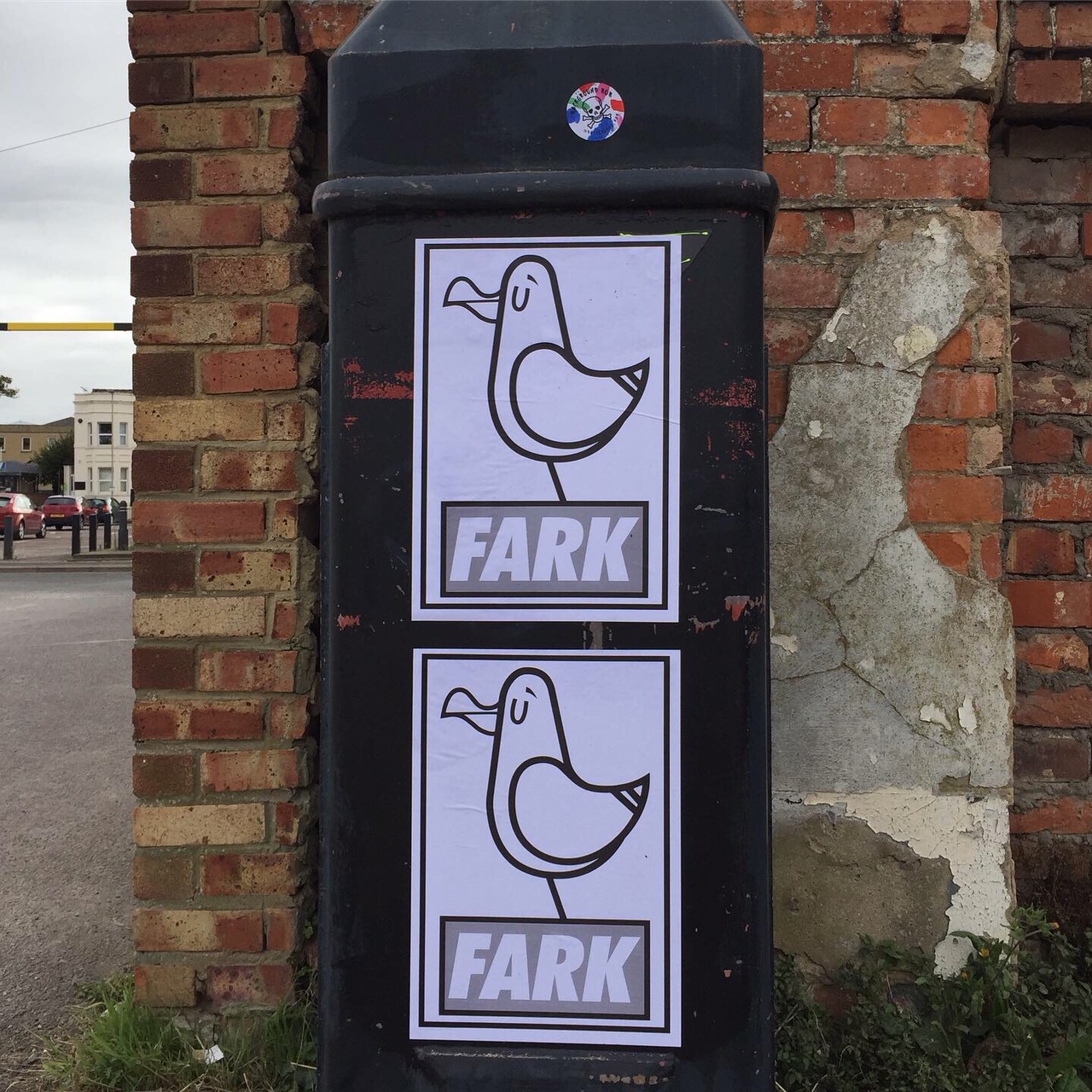 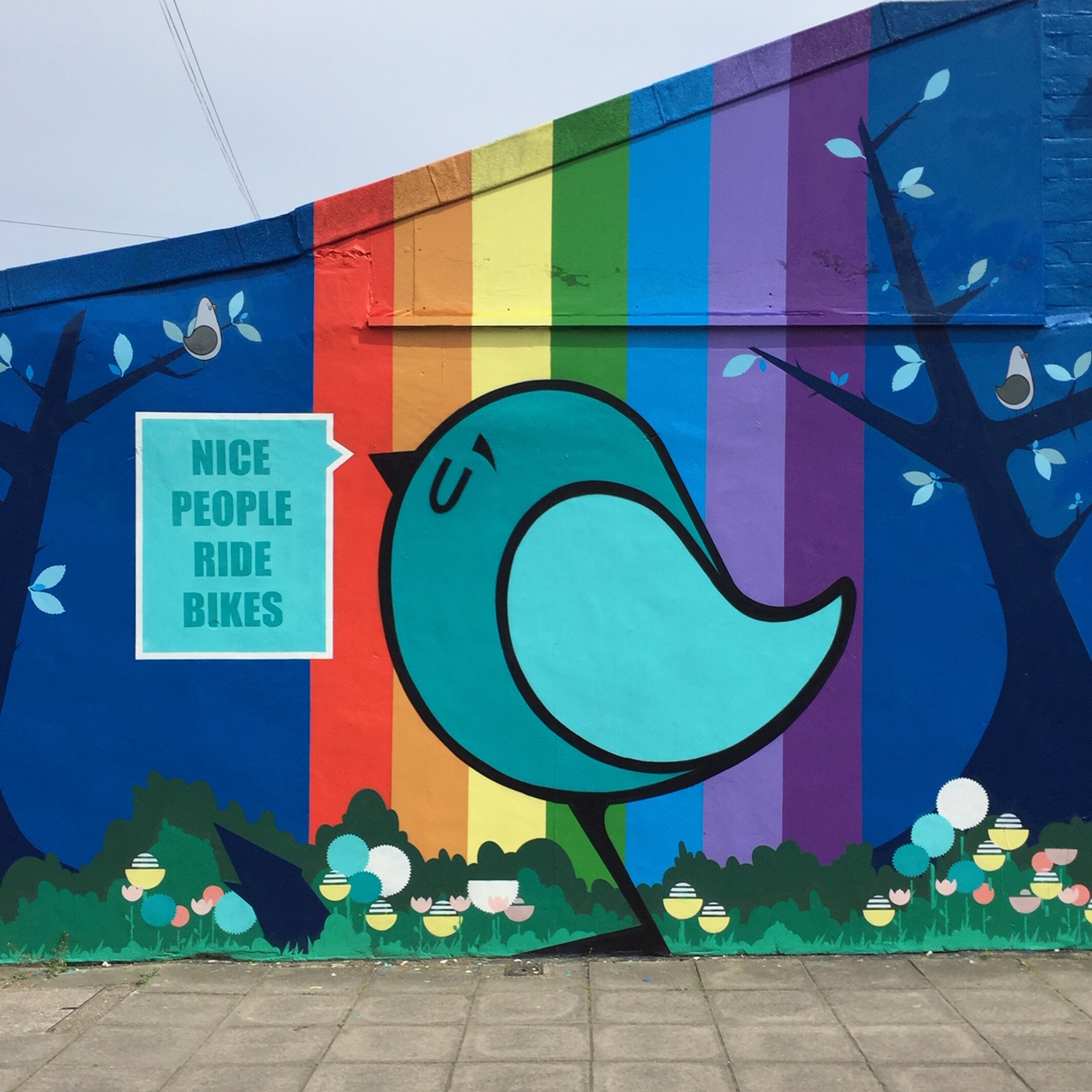 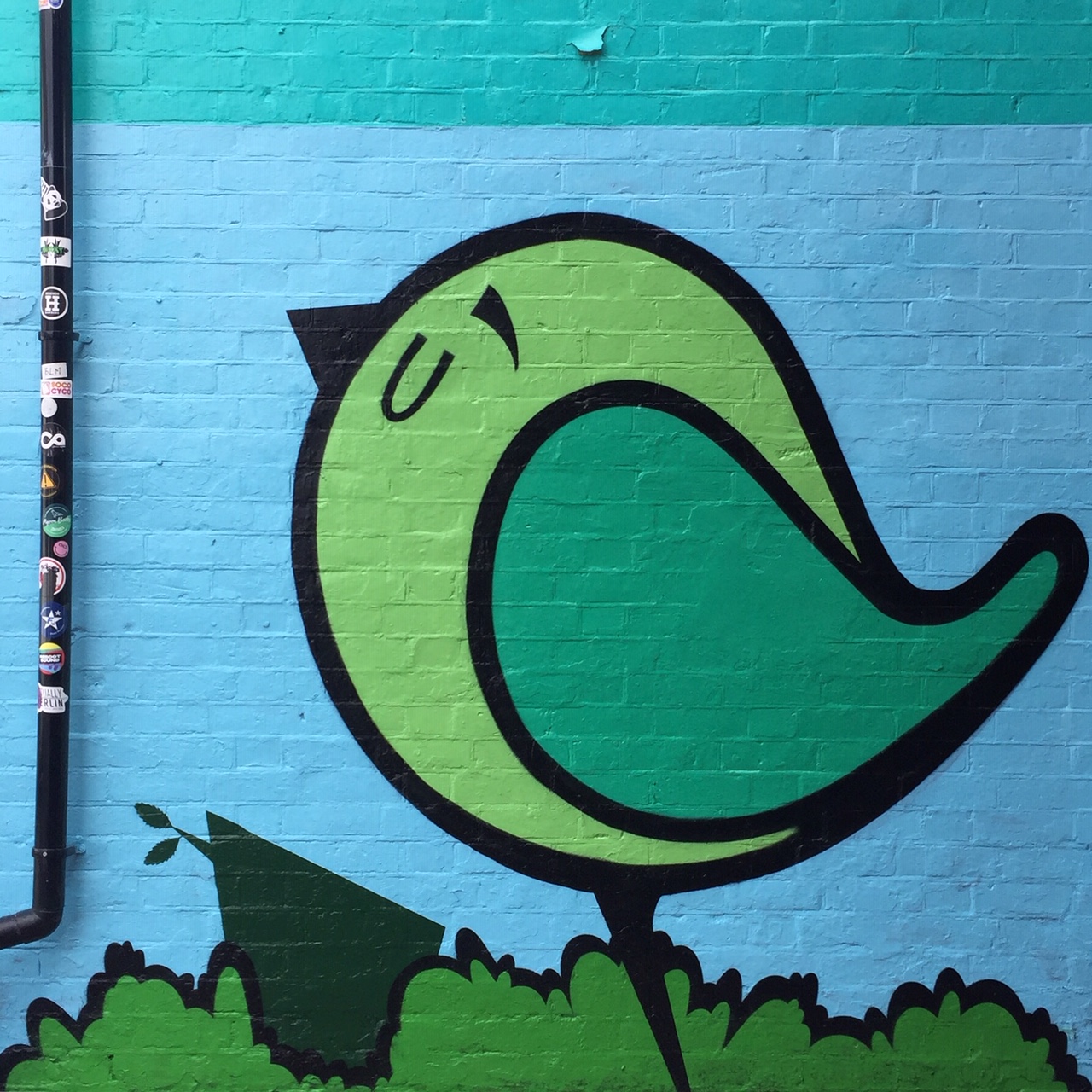 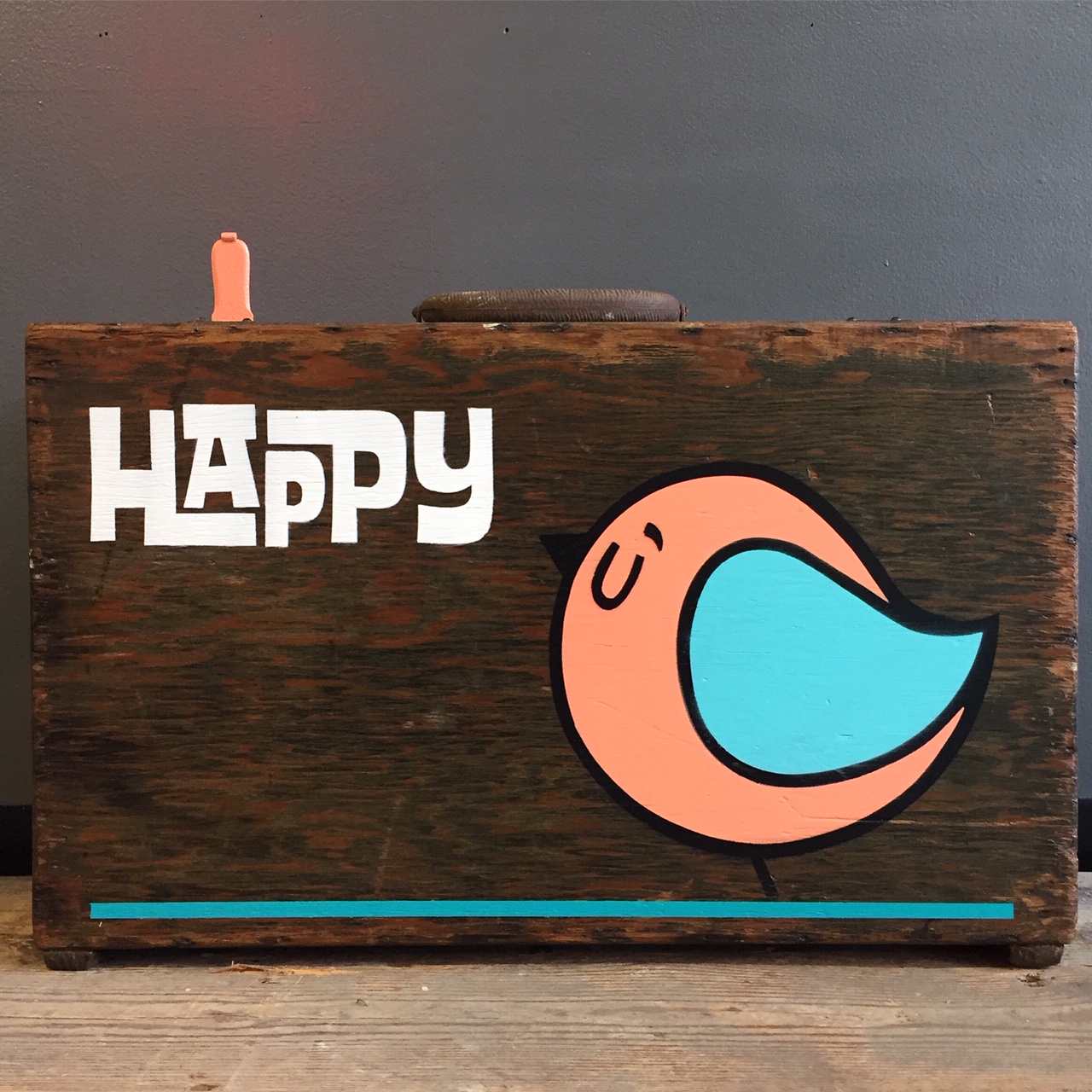