Sometimes at a music festival there are things that you find inspiring. It might be a band you have seen grow and watch their creativity reach the crowd, or it might be an independent clothing brand you are interested in and you want to hear about their journey. I found so many things inspirational at Victorious this year but I especially found the Braille Trail and Clarke Reynolds to be on another level.

His focus and originality really brought an amazing experience and insight into how a blind artist can introduce a sensory, tactile, visual statement to thousands of people. It is the first time I have ever heard of a project like this be brought to a music festival and it really opens itself up to so much more being done at future festivals across the UK.

Clarke Reynolds is a registered, blind braille artist. He has a condition called retinas pigmentosa which has left him mostly without his sight but that hasn't stopped his creative nature. He considers himself to be a visual artist, dedicating his time and effort to create art for the visually impaired in mind using tactile work and sound to achieve this. Applying the artistic tools he has, Clarke also wants to reach out to people with sight and help them experience how he sees the world while appreciating his art too.

Being a local artist that has lived here in Portsmouth and Gosport means he has a connection to the city and was a perfect place to start his Braille Trail at the biggest local festival where he could reach out to people and gain the biggest impact.

You can watch the Youtube video here of the work Clarke and also Steve Baker from Just Good Company and Clair Martin from Seekers Create achieved over the 3-day event. Having never done a project so big, Clarke was so happy to have been able to bring this idea to fruition. Steve and Clair really helped Clarke by working on producing maps for the public, raising the necessary funds needed as well as setting up the trail for the wknd. Using bright coloured braille and choosing 10 locations across the site meant that so many people could enjoy a new side to the festival. Each location made up a letter of VICTORIOUS and great thought was put into the process. The letter C was located by the castle but also stood for communication and over the 72 hours attracted a huge audience.

Over the wknd, all three collaborators saw families and even children get so much out of the trail. A young girl who was blind was thrilled to have met Clarke and appreciate the hard work that had gone into making a project like this come to life. I met Steve Baker after the event and he said “I love the way the trail really gave a bridge to sighted people so they could truly understand what it is like to be blind but also just appreciate Clarke's work and what he does."

Yellow Edge Gallery in Gosport recently held an exhibition of Clarke's work which was a huge success and really gave an insight into the artist's ideas and goals he has for himself and how others view his work.

He recently stated “My art has changed a lot as my sight decreases, but one thing has always stayed the same – the use of dots in my work as I've always been a fan of pointillism. I always say to people that I see through a thousand dots now, and the dots mean something as I've discovered Braille. Words are vitally important to a visually impaired person as they describe what we see, and as Braille is a tactile language it helps people with low vision to read and communicate."

Look out for more work from Clarke and also make sure to visit and experience the Braille Trail at next year's Victorious festival wknd.

If you or anyone you know has been affected by blindness, here is a link to the RNIB website for help and advice, RNIB 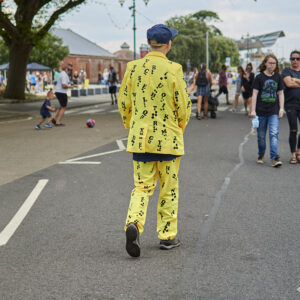 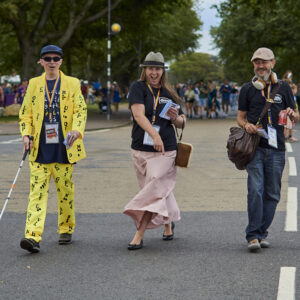 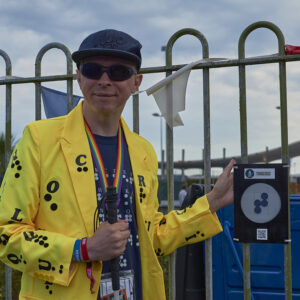 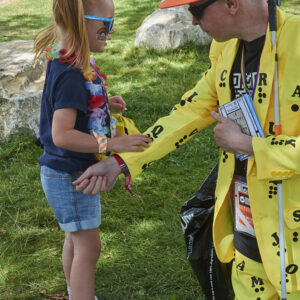 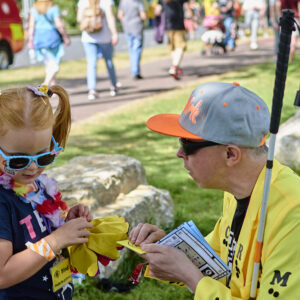 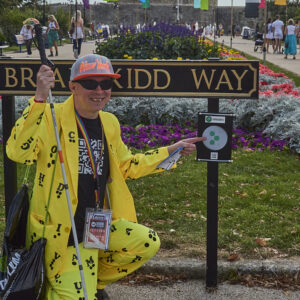 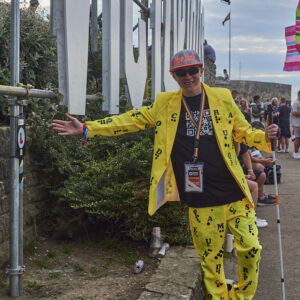 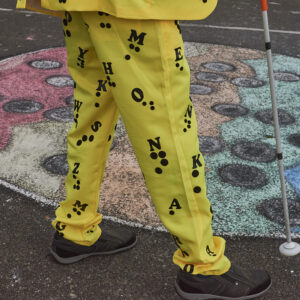 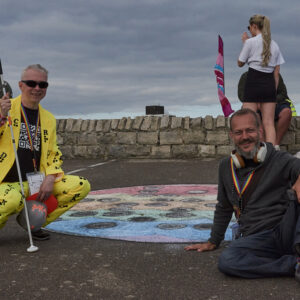 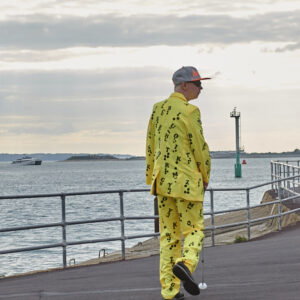 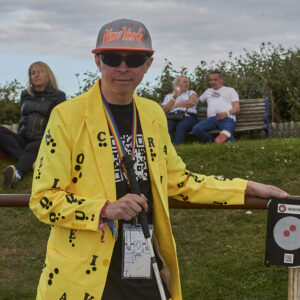