The British Street Food Awards are always a fun afternoon out – they’re hosted all across the UK and it is a cool event for people in different cities to be involved in.

The vendors competing at Gunwharf Quays this year included:

Our first food of the day was from Turo Turo – they attended the 2019 awards too, but I didn’t get around to trying their food last time! Hailing from London, Turo Turo is on a mission to popularise Filipino food – and their food is excellent! We opted to try their special, which was something totally new to me – Ginger & Bagoong (fermented shrimp) Chicken Wings. These were absolutely incredible – such unusual, unique flavours and one of my highlights from the day! The wings were crispy, perfectly cooked & packed with flavour – if you ever see Turo Turo, make sure to try their food.

Next up was ROK Kitchen – another veteran of the British Street Food Awards! They were serving up Korean inspired street food classics, including a Korean Fried Chicken Burger – which of course is what we ordered. We really enjoyed this burger (and I do consider myself to be something of a fried chicken connoisseur) – the sauce was sweet & spicy, the chicken was crispy, the slaw was perfectly crunchy and all in all it was a great burger.

Next, we headed to Cuzinz, who I was most excited to see at the awards! Cuzinz is a fantastic addition to the local street food scene in Portsmouth & the surrounding areas, serving up BIG eats from their trailer normally found on Southampton Road near Port Solent. I hadn’t managed to visit them at their usual spot, so I was excited to try their food at the awards – and support the only local trader competing! We had the Korean Fried Chicken taster pot – a smaller version of their Korean Fried Chicken Flatbread (which I have actually eaten since – it is AMAZING). This was without a doubt my favourite food from the day – the chicken was so tender, the favours were sweet & spicy and I loved the addition of the homemade pickles. An absolute must try if you’re in the area!

We headed over to Da Fish Ting next for a taster of their Cod Fingers – these came topped with sweet chilli sauce, wasabi tartare sauce & an array of garnish. I really enjoyed these – it was unusual to have cod goujons with this combination of flavours, and I liked the spicy batter.

Lastly, we tried some bao buns from Satay Street! We had a satay chicken bao bun and a satay calamari bao bun. To be honest, we were a little disappointed with these – the bao buns fell apart (which made for pretty messy eating!) and the satay flavours weren’t as strong as we would have liked, however, the chicken was our favourite of the two. If we were to try more of their food, I’d opt for a different base to the bao buns!

We had a great afternoon at the British Street Food Awards – there was a great selection of different types of street food this year, and I’m already looking forward to the next awards! I’m hoping we will see more local traders next year.

A huge congrats to all of the traders who entered this year – especially to Cuzinz who only started serving up their food last year!

I attended this event as a paid partnership with Gunwharf Quays.

By Kat Got Your Tongue 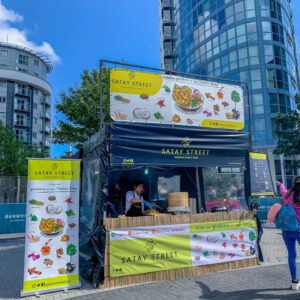 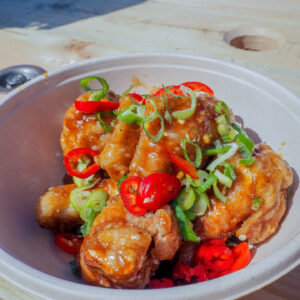 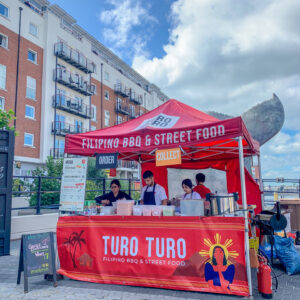 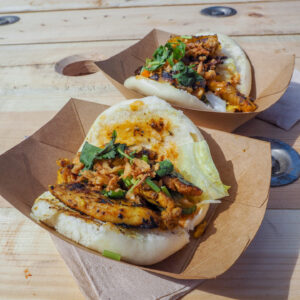 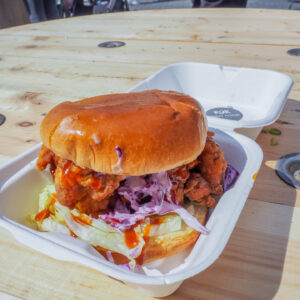 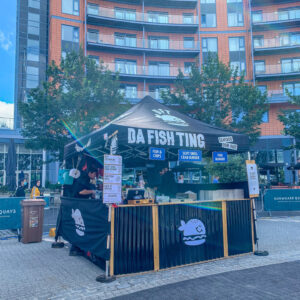 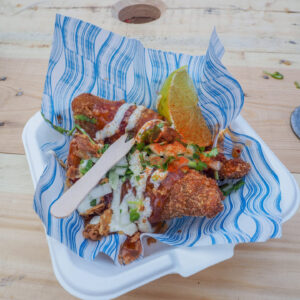 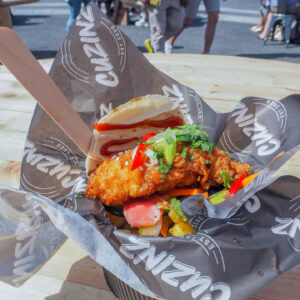 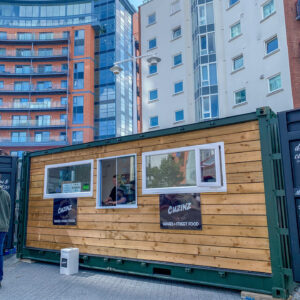 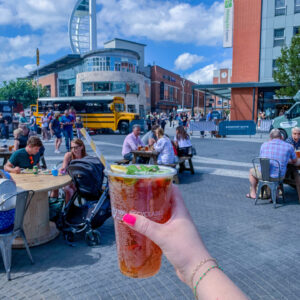 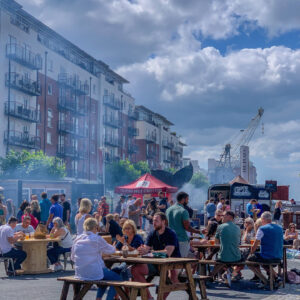 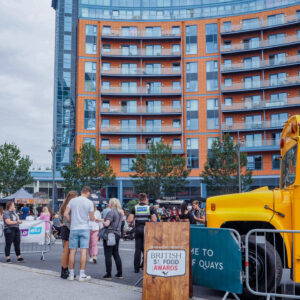