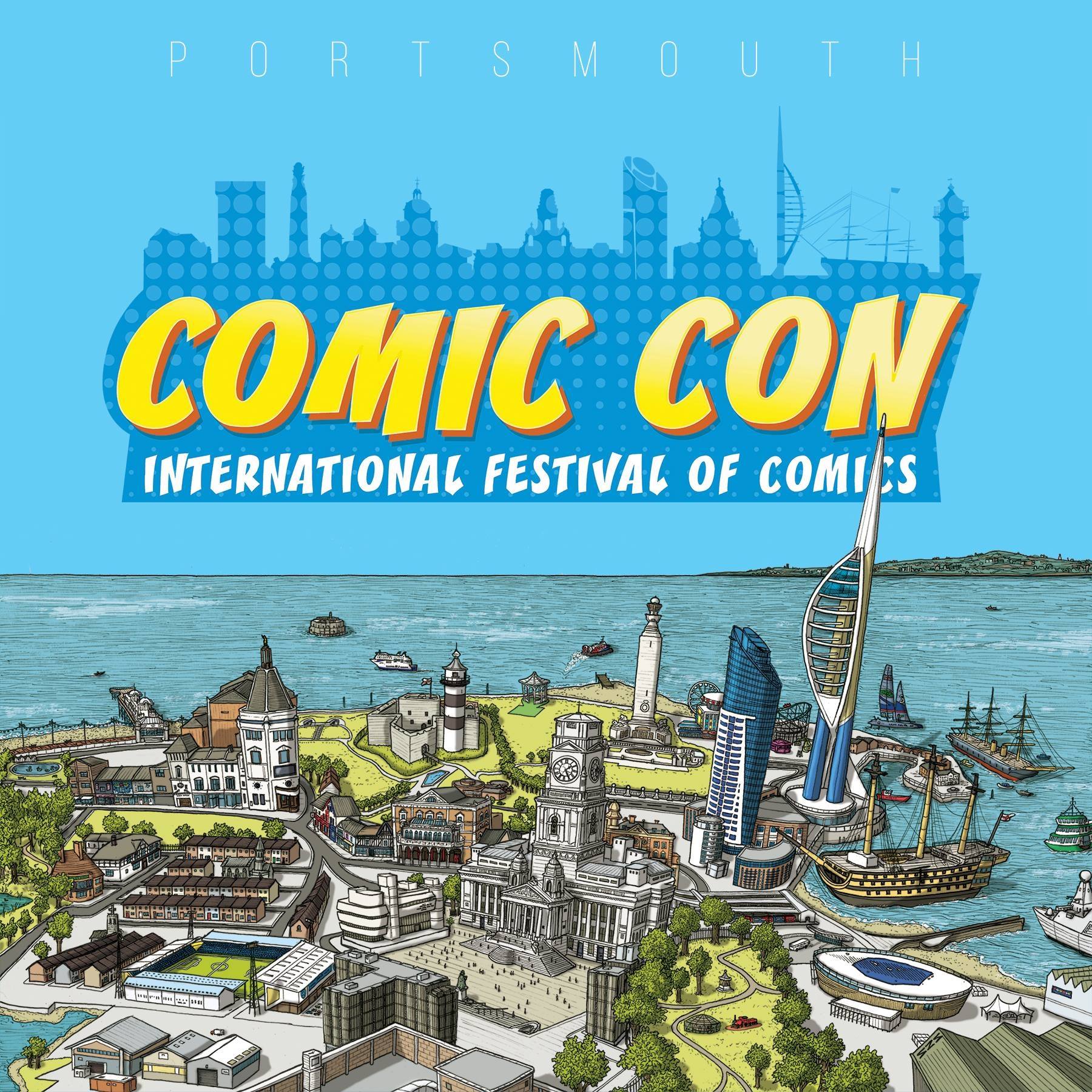 Star Wars characters, Pokemon stands, and gaming opportunities! Ok, Comic-Con is for us! These were our thoughts when we knew for the second year running this event was hitting the Guildhall in Portsmouth on the 4th and 5th May 2019.

Having an 8-year-old who loves gaming, Pokemon and Star Wars meant that we could allow him to get dressed up in character and head down over the wknd and see what the fuss was about!

As soon as we arrived, Star Wars characters were everywhere giving great photo opportunities for everyone. The outside area had a buzzing atmosphere with a stage for young padawans to learn the way of the force with lightsabers. Offering a huge tent filled with all stands for comics to buy, toys, prints, and my son’s favourite the Pokemon stand we headed there first. So much choice of merchandise with over at least 20 stalls, we had a good look around.

The staff working on the stands were very friendly and having purchased a piece of art and pokemon cards we were off to venture inside. The basement level had lots of rooms with more merchandise and stands with comic writers and illustrators dotted around. I loved the pre-loved stand that had old pokemon cards and old classic collectible toys for sale.

Game Over was sat in the interactive zone where you could play on classic games from Pac-Man to Space Invaders and don’t forget the original Pong game! Such a wide choice of game consoles to choose from. My son being a huge Sonic fan chose an old Sega game and quite happily chilled there for a while. Walking to the end room we said hello to the team in Dice Portsmouth. If you haven’t been to the board game cafe on Albert Road this is how I would describe it. A buzzing place with so many games you will never feel bored! Dice Cafe is not just for groups of gamers who meet regularly to play Dungeons and Dragons. Oh no! this place is for families, for hen parties, for everyone. Attending a group visit recently I loved how we got to play so many games and have a laugh. Exploding Kittens would have never been on my radar had it not been for visiting Dice.

On the top floor, virtual reality called across to us from the other side of the room and the chance to have a real battle with a saber was a definite win-win for us. The experience lasts for about 5 mins and is worth queueing for.

Waves of visitors sat on the steps taking in all the atmosphere outside and watching the Star Wars school or just people watching all the characters that were waiting for hugs and photos from eager fans.

Celebrating Stan Lee as a legendary figure in the comic world meant there were a number of signed limited edition artworks in a gallery space highlighting all that was amazing about the man.

In the basement there stood an appreciation wall where fans could sign something to commemorate Stan Lee and his influence in the comic world. This was a cool bit and we spent quite a long time drawing our own little piece to add to the expansive wall.

Favourite things we loved as a family from the weekend were;

The Stan Lee appreciation wall where everyone got to draw and leave their own mark to celebrate such an iconic figure. My son loves to draw so he was thrilled he could draw something and other people would get to see it!

Game Over was a huge winner for us because our son loves gaming and it is a fantastic opportunity to try out different consoles.

Seeing so many people get dressed up was very cool and the fact the first day was on May 4th and was Star Wars day really made it special for us.

Pokemon is huge right now and the stand was so good. Having staff that really connect with young children made such a difference. Not only did they get a sale from us but we found out about Pokemon Club that is on every Friday. Since then we have been going every week and actually makes that card purchasing worthwhile if you know how to have a Pokemon battle.

So would we go back again? Absolutely! We loved it. We didn’t eat on site but there looked to be some rather cool street food stands there. The great thing from a food point of view is that you could go off for an hour or two with your wknd wristbands on and come back whenever you wanted so if the crowds got a little too much at some point you could go chill somewhere and then venture back!