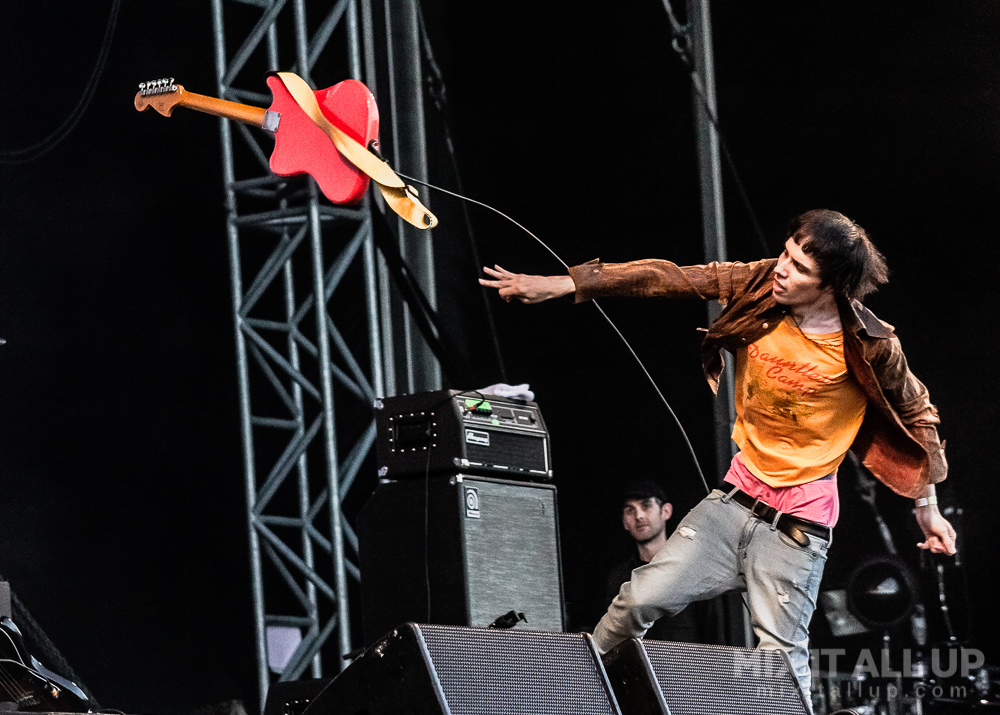 Victorious Festival is here and the one thing I love when it all ends and we are reminiscing of our favourite bands and musicians we have seen is the photos that get captured during the wknd. Having collaborated with Nikki from Mix It All Up blog a few times over the last 3 years I thought it would be cool to find out her favourite highlights before she clicks away on her camera and tries to capture the perfect music moment we can all look back on.

How did you get into doing music gig photography?

I'd always had a camera in my hands, but I must've been about 16 when I first took a photo at a gig. I used to try to get barrier spots at gigs for my favourite bands and sneak in the best, yet cheapest compact camera I could find to get photos (this was one of the gigs, the quality of the photos I feel are atrocious, but you get the idea). You learn a lot doing that because you can't exactly move and you get used to being able to predict when people are going to do things that make the “best" photos. I then went on to get my first DSLR when I was 19, so around 2013, and that's when I  started applying to get actual photo/press passes for gigs and that was it.

I kind of worked backwards because I started off photographing bigger gigs but got bored and stuck in a bit of a rut, so I started seeing everyone and anyone that was playing, big bands, small bands, everything! That reignited my love for music photography and I haven't looked back since. Especially as we have such a vibrant music scene around here too

What has been your favourite highlight in the past when taking photos at Victorious?

In 2017 I was lucky enough to be invited to take photos of Kassassin Street from the stage when they performed on the Castle Stage, and strangely enough, this turned out to be their last gig under that name. I also loved when Editors performed in 2016 as they are/were one of my favourite bands at the time. Another time I saw The Cribs and, in true Cribs fashion, I knew something was going to go flying or get smashed up at the end of their set (I don't condone this but it makes for good photos!).

How have you felt over the last 18 months with limited live music?

I felt quite lost/restricted, to be honest. I was going to gigs almost twice a week before everything locked down, so it was a bit of a shock to the system when this all stopped.

Despite this, I was somewhat lucky because I still had the blog (Mix It All Up) to tide me over until gigs came back and I had a HUGE archive of photos that I trawled through over the 16 months without gigs.  I learned a lot by going back and editing old photos that never originally got posted on the blog. This got very tedious towards the end of that period but then thankfully gigs started to come back!

What was the first gig you attended after lockdown restrictions were lifted?

Web + Speaking of Witches at The Joiners, Southampton back in June! I absolutely rinsed Web's 'Live at The Joiners' EP in the first lockdown, so it just made sense. They're also one of, if not the best band in Portsmouth at the moment too.

What bands or musicians are you looking forward to at Victorious this year?

Definitely Idol State (FKA Kassassin Street) who are performing their first gig on the Beats & Swing Stage on Saturday evening at 19:10, Porridge Radio who I last saw headlining The Festing, Southsea a few years back and Fontaines D.C. who I'm yet to see, so that's exciting. There are far too many to list but also local favourites Fake Empire and BASH! are well worth checking out too!

If you want to find out more about Nikki and her music blog please check out below and make time to support local bands we have here in Portsmouth! 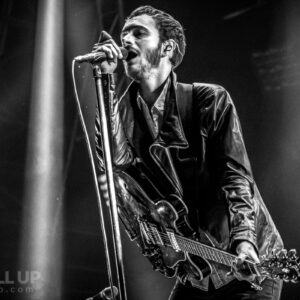 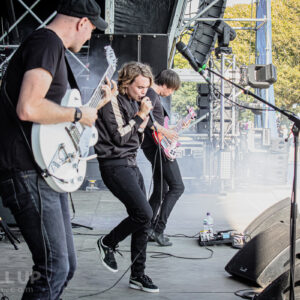