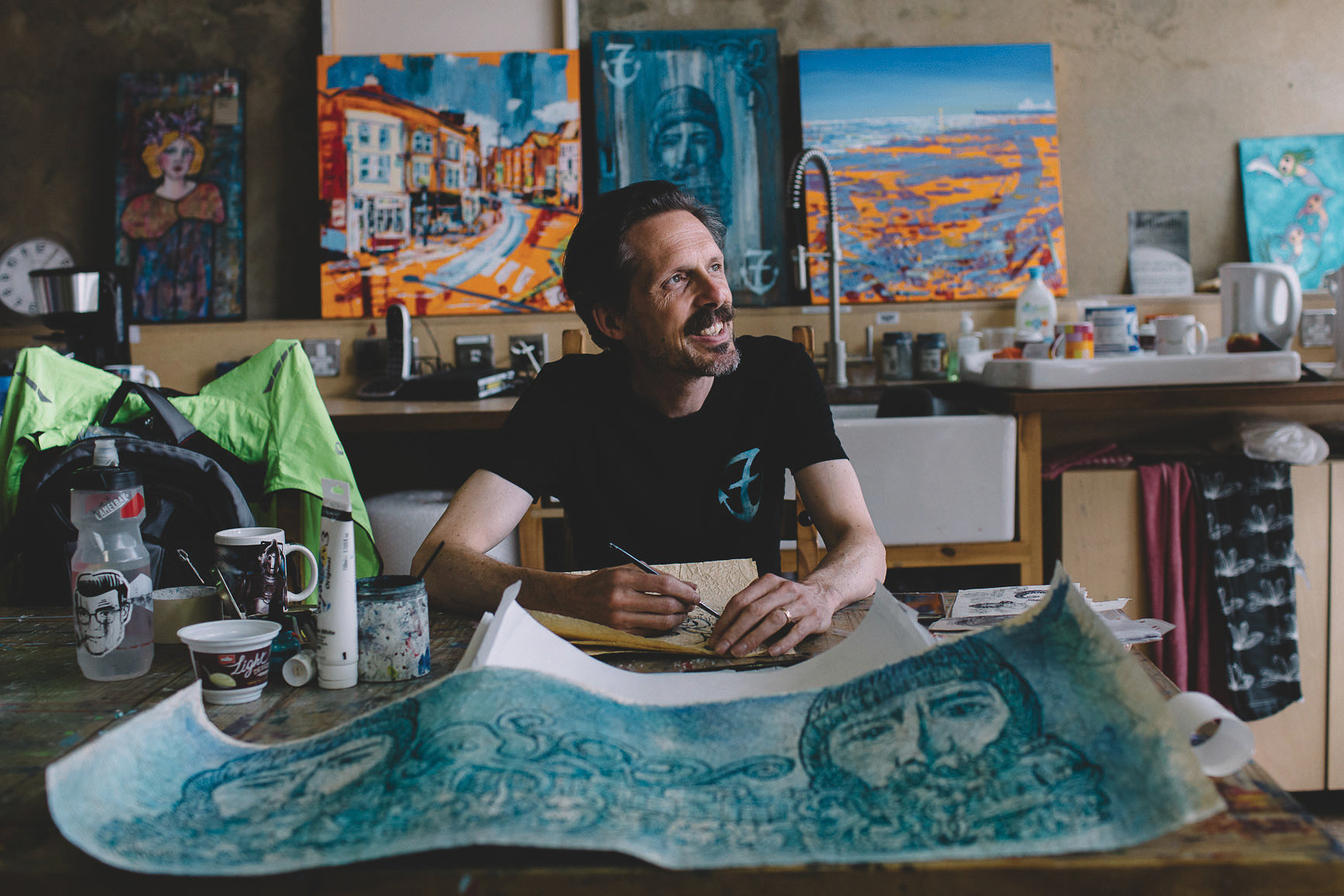 Meeting Simon Whitcomb was fate. I had just spent two days thinking about the cover for issue 3 of the magazine and wanted to introduce an artist to help make it stand out, align with Southsea Folk’s values and so people didn’t say, “Oh I’ve read that one!” as each issue would be unique. Fire Monkey Arts were having an open studio evening to celebrate Ruthie’s work which was being displayed in the window. I decided to pop down with my little boy and met Carrie (a resident artist there) who introduced me to Simon. One of his paintings really stood out to me and I knew right then I wanted Simon to be the first person to have an impact on the front cover. He was so nice as I explained that I wanted to inspire people reading the magazine with art and felt a good way of doing that was to give a platform for local artists, he agreed and said he wanted to be involved. The thought of supporting local artists via the front cover felt like a good move. I wanted the cover to catch someone’s eye and for them to pick up a copy and say, “I haven’t seen this artist before, but I would like to go and find out more about their work”.

Chatting to Simon I asked how he got into art? He replied that he had always loved drawing from an early age but originally started out as an apprentice in a printers. There was lots of work to do by hand but Simon didn’t feel it was creative enough. His wife convinced him to go to art college and at the same time, he moved to Portsmouth. His love of 3d design inspired him and whilst working on different projects he said the students would often go beachcombing and Simon felt a real influence from the sea. Gaining confidence, he started painting watercolours and found cafes willing to put up his artwork on the walls. 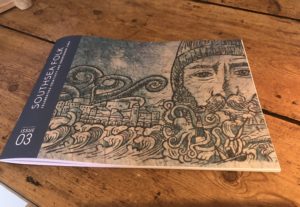 Around this time Simon met Matt Sills who had a gallery space at the top of Albert Road where Southsea Bathing Hut is now. Simon ended up having a studio there and helped create Wall-Space, the first gallery of its kind in the area. Albert Road, being such a vibrant neck of Southsea, created the “Love Albert Road” festival and Simon became a big part of that. One year he was sat outside drawing a few canvas pictures while the festival was in full swing, he mentioned it was exciting and nerve-racking at the same time! Because Simon had flexibility with work he looked after his young son most of the time which meant he had quite a big involvement in schools. Working on school-based projects has always been a big focus for him and he found that developing as an artist worked well alongside his love of working creatively with children. Sitting and drawing with youngsters made him more relaxed and open to his creativity because children just flow in their work, they are not afraid to experiment with colours and texture.

Talking about the Mariner 7 (the front cover), Simon said that he has always felt the ocean and sea have power and influence. He is fascinated by how we, as people, are so drawn to the sea. The fact we are an island surrounded by the sea, how we always flock to the seaside to feel good and create memories means there is a real mystery there. Going to Glastonbury with his family in 2017, Simon was thinking about the mysticism and spiritual history that Glastonbury and Somerset hold which made him think of his home and his own environment. He then came home and started thinking about the power of the sea, about the mysticism of the seamen at work, how we look to the tides which are affected by the moon and how there are wonderful seasons of the sea. The mariner represents every man of the sea, full of mystery and mythology – a whole voyage of discovery with a story that speaks through his beard. When I look into the mariner’s eyes I see him talking to me, pleading with us to look after the sea and all the wonderful elements it brings to us.

This is something I shared with Simon and he agreed. He wants people to take away from his mariner work the influence of the sea and what people can do to preserve these ancient waters; to think about keeping the beaches clear of rubbish and recycle plastic as much as we can. Simon uses recycled packaging as containers for painting. Wherever he can he uses recycled items in his work and he reminds himself that this is something important both now and for generations to come. 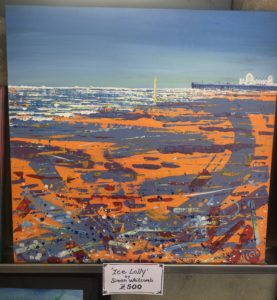 I loved looking at a current piece of artwork called the “Ice Lolly” which has lollipop sticks that have been recycled to be included in the canvas. It’s a striking piece full of colour! Seaside culture has always fascinated Simon and he loves the stripes used in deckchairs and beach towels, which is often reflected in his artwork.

This Summer you can buy the original piece used to create the magazine cover plus there will be prints available for £50 which will all be on display at Fire Monkey Arts at The Hotwalls. You can also check out more of Simon’s work on his website. Simon also has copies of the magazine that he can sign for a small amount so you can keep his artwork in magazine format as a keepsake. Or perhaps you’re going to start collecting the magazine and the unique pieces of art we’re planning to feature in the future.

Finally, to finish here is the Mariner 7 poem by Simon Whitcomb.

Life with the ocean