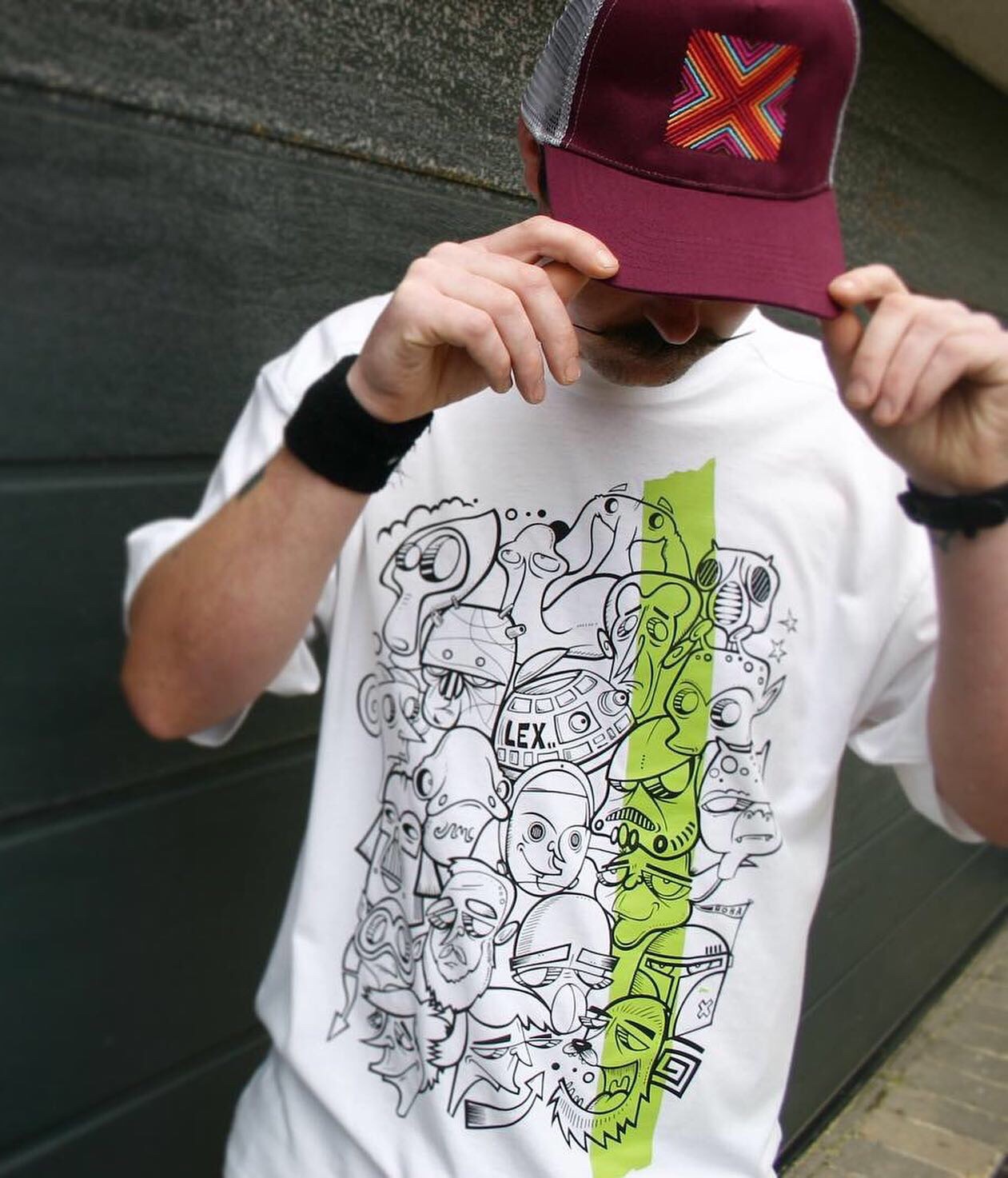 Lex from All Caps has been drawing cartoon style for many years and has a distinctive style that makes you sit up and take notice of his work. I fell in love with his doodle-like sketches and his artistic approach, so we met up one day over coffee and talked about the front cover for Southsea Folk issue 10!

The timing of Issue 10 coming out just as the lockdown started last Spring might not have been the best, but Lex really helped put this issue on the map across the city by designing his front cover in black and white as a colouring in option. This sat alongside the full-colour version and meant children could pick up a copy to draw and colour in to make their own style. Brightening up kids’ faces with something to colour and put their own stamp on was inspiring and I loved All Cap’s focus on this.

Chatting to Lex about where his love for drawing came from, he said “I’ve been drawing (or doodling) since childhood. I’m always pretty happy when doodling on the pages in my sketchbook (or any other surface). I think it started as a kid to relieve boredom and I liked copying my favourite TV cartoon characters. Then at school people seemed to like my drawings on exercise books or in the margins of essays etc. I had a break from drawing for some years, then went back to it as a kind of release from my daily work life etc, a kind of art therapy, I guess. Over the last twenty years, my style developed, until I started drawing with a little more focus and taking it further than the pages of a book."

Extending those drawing hands to artwork, street art, and even t-shirts shows Lex definitely has a brand, a style that lets you know instantly this is his work with the use of different characters that intertwine with each other and create shape and form. Seeing his street art focus on Albert Road in Spring last year meant that All Caps was gently putting himself out there on the street scene but only on the projects he was interested in.

This led to All Caps being involved in the Portsmouth art billboard project by COVID-19 Arts and gave him his signature NHS ‘Yes’ sign which is fab and really lifted the community. You can still see the design dotted around the city with his stickers planted on various buildings and street lamp posts!

I like how Lex draws inspiration from his childhood with influences like Hanna-Barbera, Dr Seuss, and who can forget Pink Panther! But he also loves quite a few international artists that help to encourage his style like Phil Frost Barry Mcgee David Kinsey and Kazland as well as his brother Mimic! He draws by starting to doodle and see where it takes him. Lex says he would like to produce some ‘more considered’ artwork and also bring some of his more graphic design or typographic style into his illustrations with lots of plans for the future.

Working at Sea Dog Print Studio in Fratton means he gets to work alongside some very talented creatives like Emma Nicol, Josh Willis, James Mankiewicz and of course the owner Stu Linfield who are all fondly known as the Salty Sea Dogs! They are all creatives within their own rights as well as their everyday jobs at the print studio, which includes producing the highest quality screen printing and embroidery to customers near and far.

Speaking of his upcoming plans Lex said, “Currently I’ve got a few limited-edition screen-printed designs and a number of digital prints available to purchase. These can be found on my Instagram or Facebook pages. I’m actually in the process of building my new website so I’m hoping to create new artwork to go on there soon. Probably a new range of tees, one-off pieces, sticker packs, and more limited-edition screen prints. Maybe some exciting collaborations too… so follow me on social media for more details soon."

Have a click on All Caps Socials to look at more of his work and support a local creative! 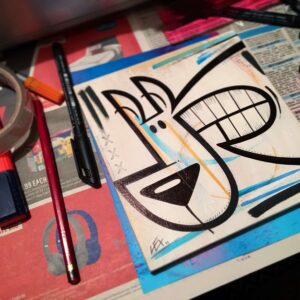 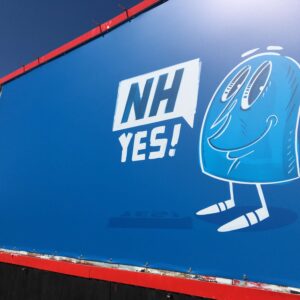 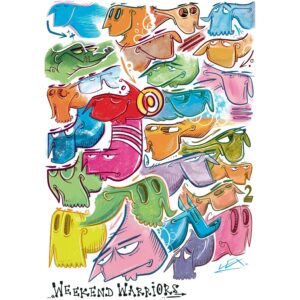 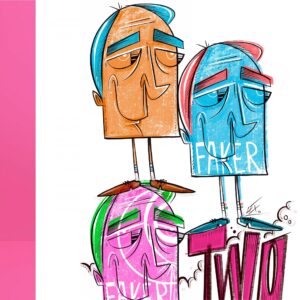 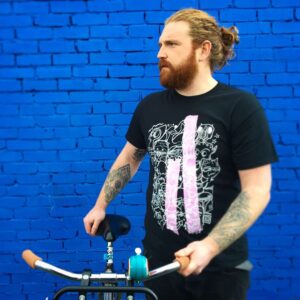 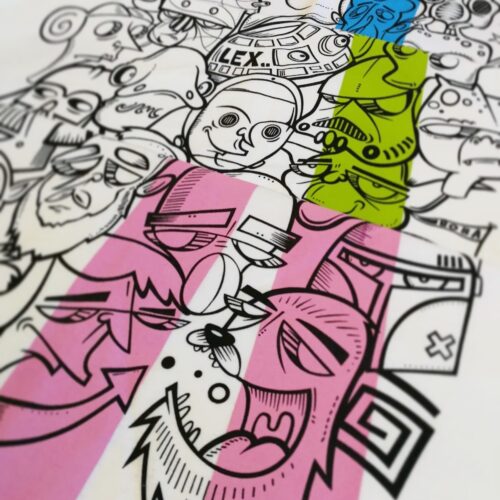 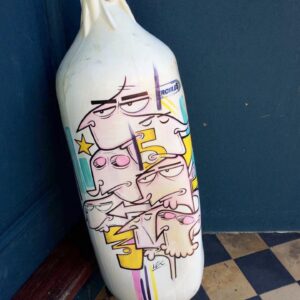 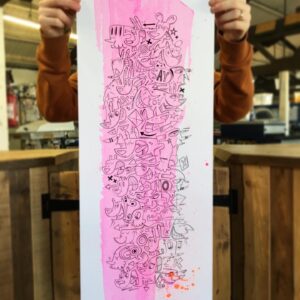 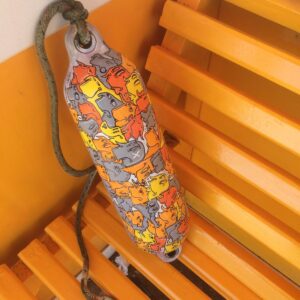 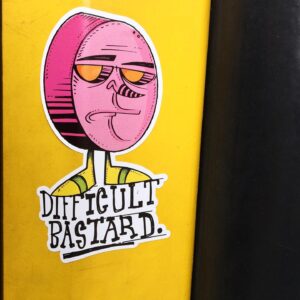 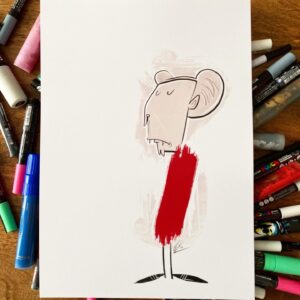 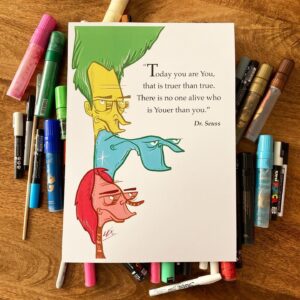