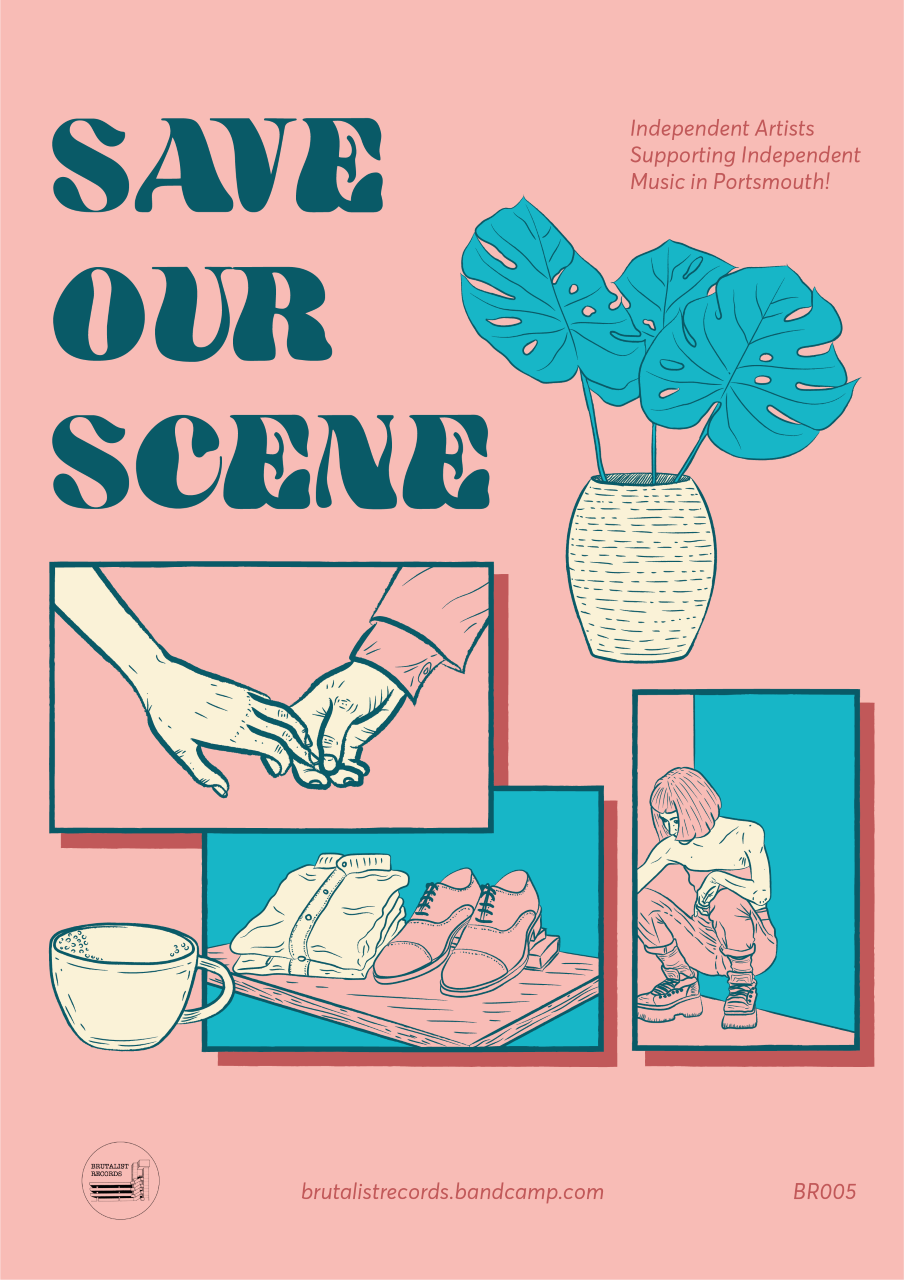 Focusing on the music industry this week was important to me as anyone that knows me understands not only my love of music but also that I have watched my son grow in his band for the last 3 years. Part of watching him grow was picking him up from pub car parks at 11pm at night to watching him build a following in small venues in the city. These venues are what makes a musician or band grow and any success of where they go always comes from local roots, a local following of fans.

When I heard that Sam Leadbeater from Brutalist Records  (a local record label) was on a mission to help save the local music venues in Portsmouth I felt I wanted to chat with him and put a focus on this. In the same week as talking to Sam, I had just finished watching ‘Blinded By The Light’ a fantastic British film set in the 80’s, which is a real coming of age story following the journey of a British-Pakistani Muslim lad who finds his love of Bruce Springsteen helps him get through some tricky times. It really brought back wonderful memories of me walking around with my walkman engrossed in Prince and Sade, thinking how I loved recording songs on to tape from the radio. There is a real nostalgic feeling when talking about cassette tapes so chatting to Sam confirmed my lost love and I felt I wanted a little piece of it back.

Sam loves music and has loved the local scene that has been going on in Portsmouth for many years. Around 2 years ago he set up Brutalist Records wanting to tap into the format that many can remember. Vinyl has always offered a great sound and we all know how much of a comeback it has created over the last few years but cassette tape always had the upper hand when it came to portability. For the first time, you could be walking around listening to your favourite band or you could be driving somewhere with it on your car stereo. This became one of the most iconic moments of music in that it was so suddenly portable.

Sam is also the co-founder of Calamity Cratediggers (a music promotion business) that has allowed him to work with local venues and see talent grow in the live music scene. Watching how lockdown affected the music industry like other areas and the fact Sam has been in lockdown himself he wanted to bring something positive to help boost and save local music venues in Portsmouth.

He got to work on contacting local artists and bands creating a 24 track compilation cassette tape that can be treasured and also comes with a download code so you can listen to it digitally too. Featuring an array of local independent artists where many have donated brand new material specifically for this release means listeners are in for a treat! Setting out a target of reaching 100 orders for the compilation cassette he has been thrilled to have sold all the cassettes now. This isn’t being released until 1st August but you can still purchase a fab T-Shirt for £10 that has the download code to all the tracks on the cassette.

The Wedgewood Rooms, Southsea Sound, and The Wave Maiden are 3 venues that will benefit from this campaign as will local rehearsal spaces and recording studios.

Show your support, relive your past by owning a cassette again and listen to some very talented local musicians with the likes of Tom Bryan, The Stone Birds, and Fake Empire to name but a few! Buy here