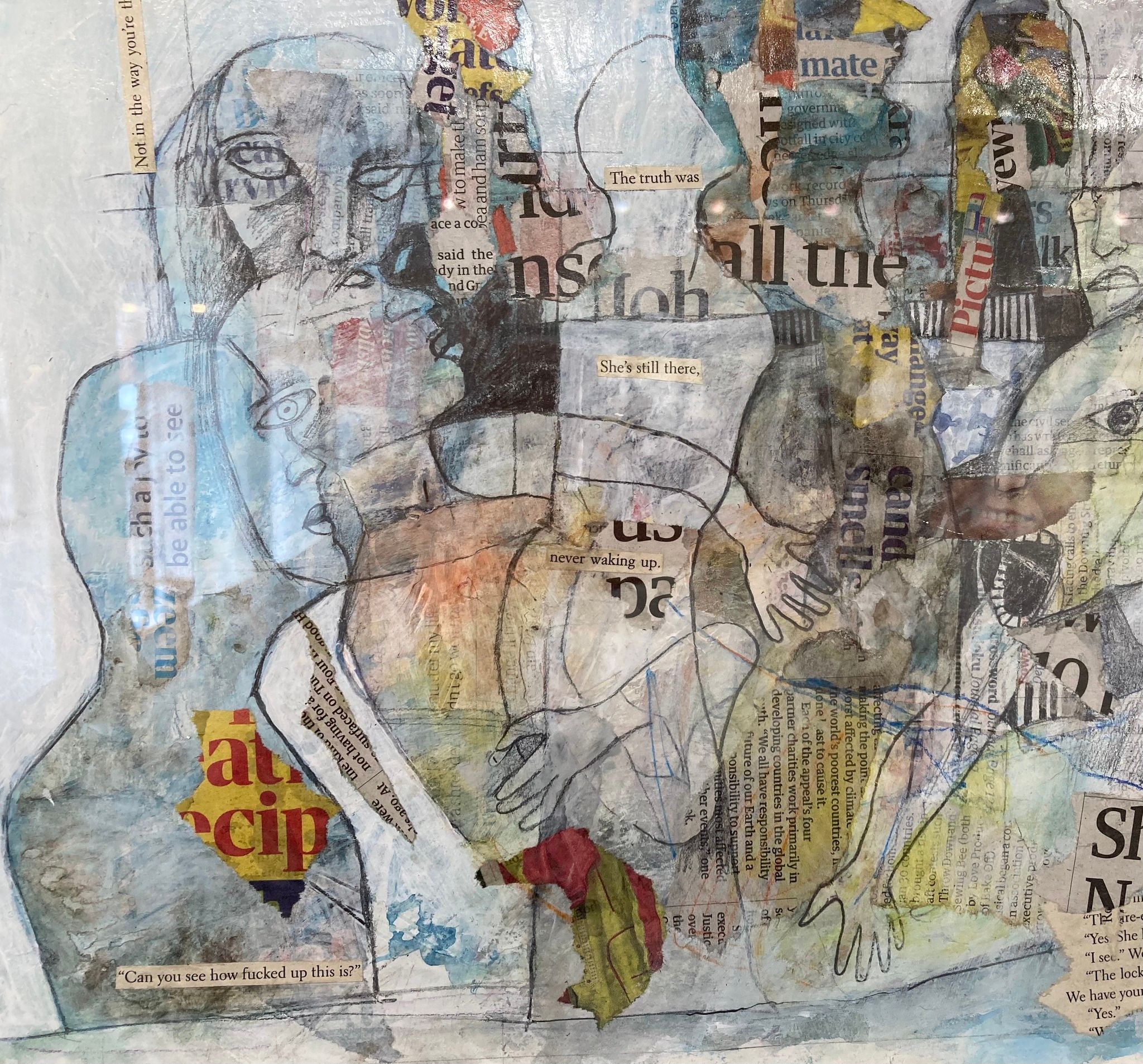 An exhibition of new work by Portsmouth based artist Colin Merrin Starts this week called ‘The Perilous Nature of Bloodymindedness’ at the Jack House Gallery and draws inspiration from the unsettling times in which we live. The series of work on paper featuring semi abstract/figurative paintings and drawings is centred on the idea of meaning as a made-up phenomenon. “We apply meaning to the world around us to create a sense of order, yet the human world is so often quite the opposite,” mused Colin. “I’ve been strongly influenced by the work and ideas behind Dada and the German Expressionists, this exhibition attempts to reflect on the chaos and absurdity of the modern zeitgeist.”

“The work you will see on the walls has been developed over time and involved much refining and loosening, re-working, layering and remodelling, to make unique images that avoid cliché. “The human face and figure are the central motifs, however, over time, the building up of layers of collage, paint and ink may also suggest deeper narratives,” he explained.

Born and raised in East London, Colin studied at Maidstone College of Art, Kingston Polytechnic and the University of London, Institute of Education. He has lived and worked on the south coast since 2007 and settled in Portsmouth in 2013. Colin was elected a member of the Royal Watercolour Society in 2009. As a result he exhibits regularly at the Bankside Gallery in London. He has also exhibited work in numerous galleries and exhibitions throughout the UK and Europe, including the Royal Academy Summer Exhibition, the ING Discerning Eye Exhibition and the Royal Institute of British Artists at the Mall Galleries. His work is in many collections, including the royal collection and the British Museum. He has been a member and studio holder at Art Space Portsmouth since 2015. 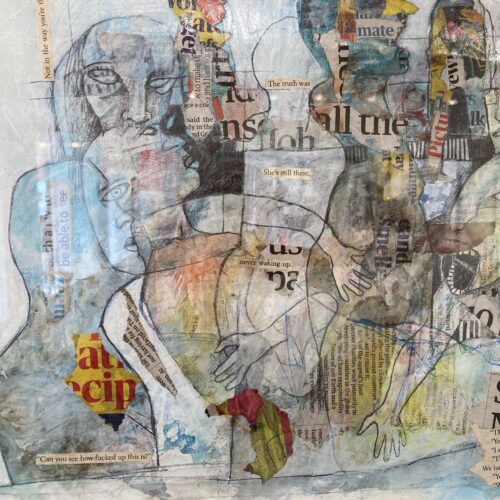 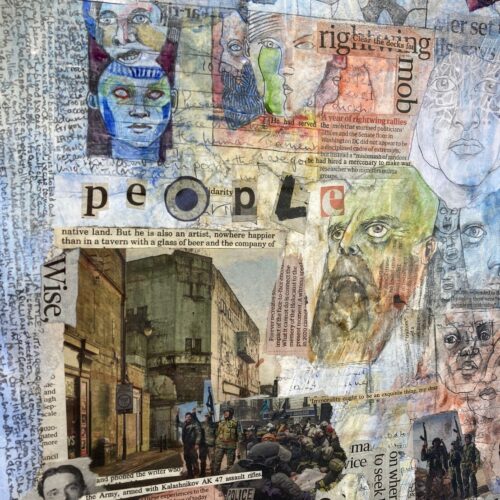 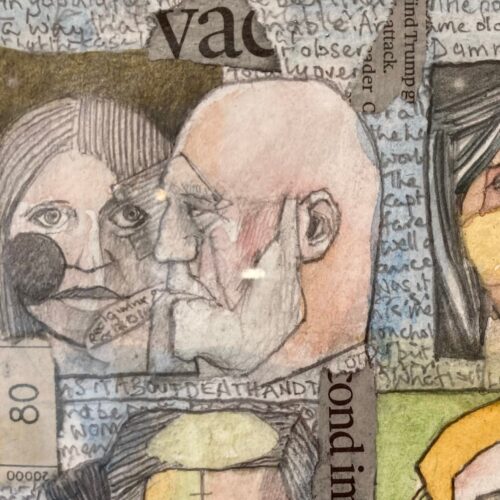