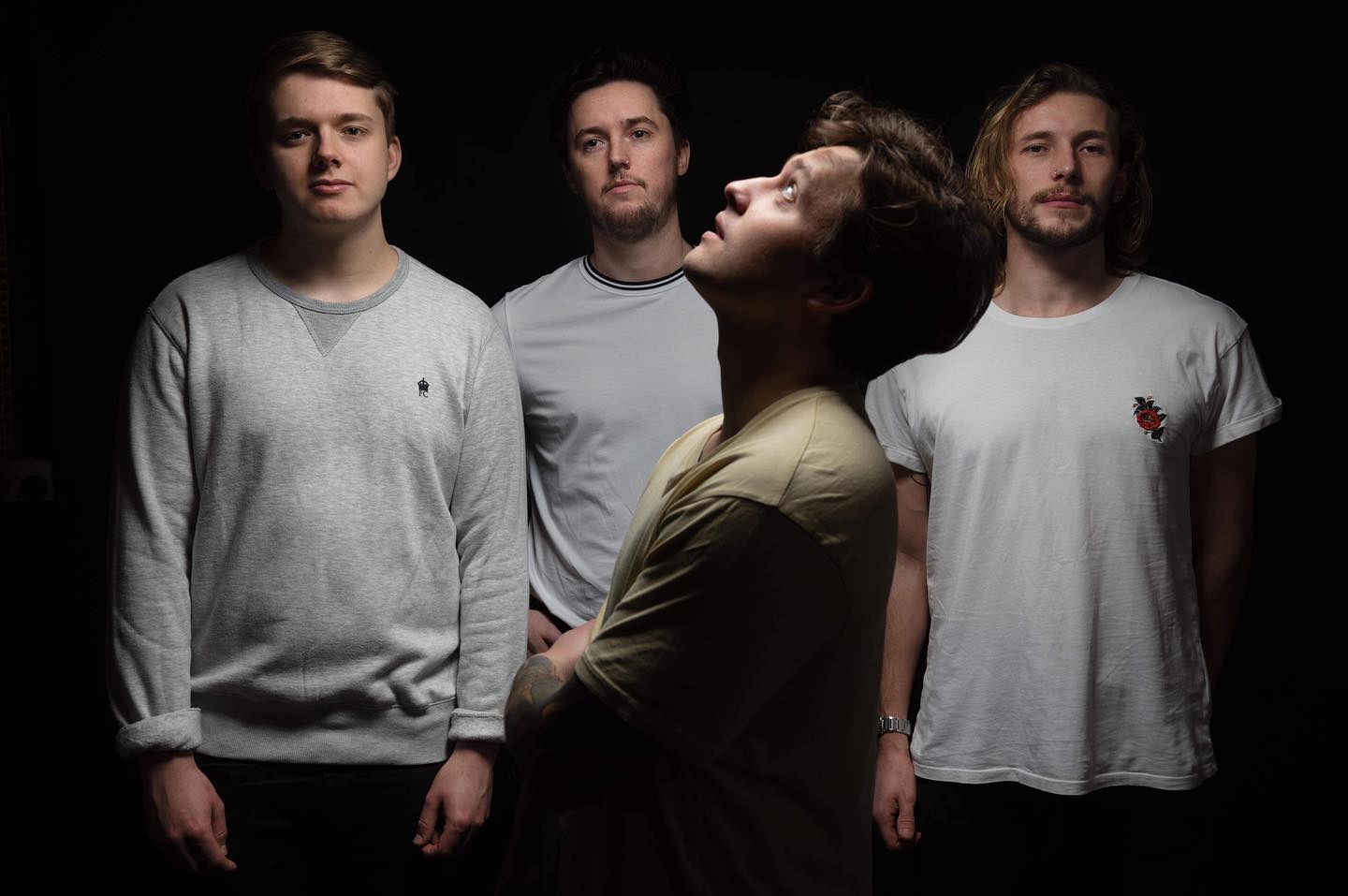 Local band Crystal Tides are having a whirlwind of a time right now as they have just been signed to record label Run On Record/ Modern Sky UK, have been played on BBC Introducing, and have just released their new single HONEY!

I was kindly invited to watch their intimate show at the Edge of the Wedge in the Wedgewood Rooms which was to promote their new material and celebrate all their success so far.

Atmospheric and electric are the words I would use to describe the black room in the corner of the venue. Real fans that you know have been there from the start were singing every word to every song that got played.

Their early tunes got a huge crowd cheer and had the room bouncing along, with Little Lies and Ex, I really felt these songs resonated with the crowd and showed the journey the band has been on. My favourite song from their EP 'Eat Your Words' (which came out in 2021) called Headcase thankfully got played which was a relief as I absolutely love that tune!

Honey is the new song that has been released ahead of their upcoming EP Side Effect and will be available from 13th May!  It has their distinctive melody sound and a catchy chorus that just grabs you. With a headline show at the Wedgewood Rooms planned for the 17th June to sit alongside their UK Tour, it means the boys are going to be very busy.

Hitting cities all across the UK including Sheffield, Birmingham, Oxford, and Leeds means the lads will be heading home to Portsmouth with an even bigger fan base. Supporting the Sherlocks on a few dates in May gives the band a chance to expand their indie-rock crowd.

Having loved Crystal Tides for a good couple of years now, I am excited to see them grow. Grab tickets for only £7.00 at the Wedgewood Rooms and see them now while you can as I see these boys being big, and ones to watch!

I managed to catch up with Billy from the band just shortly after the gig to interview him.

Hi Billy, thanks for inviting me to watch you play live and making time for this interview.

How long have Crystal Tides been together as a band?

Crystal Tides was formed back in late 2018, following on from a previous band with different members called Koala.

How much of a journey have you been on?

It all started back in university when me (Billy, Guitar & lead vox) and Harry (Lead guitar & backing vox) got together on our breaks between lectures and would write songs back at Harry's flat. At the time it was just a hobby but we soon built up quite the library of songs and we knew we had to get them in a practice room. We started to take advantage of our university's free band rehearsal time and started putting together some of the early Crystal Tides songs. We spent the best part of a year just writing, practicing and perfecting our set before we properly started gigging. Fast forward a year or so of playing in Koala we felt the need for change – the old bassist and drummer felt their time with the band was up and wanted to move on from it so me and Harry recruited George (Bass & backing vox) and lifelong friend Joe (Drums) from previous projects and Crystal Tides formed. Since then it's been non stop gigging, recording, writing and releasing! A journey that may seem like a long time but really we are only just getting started.

What does it feel like to have a record label?

It's very exciting. Something you don't get a lot of as a grassroots band is much industry support. You learn most lessons from making mistakes. With a label you have a team behind you supporting you and advising you with all your decisions so it gives you a lot more confidence with everything you do as a band. It's great knowing that there are people out there that believe in what we do, as much as we do.

Where do you draw your inspiration from when writing songs?

Different aspects of life. All of our songs are based on something that has effected us or happened to us, whether that is individually or as a band. We find the songs that mean the most to us tend to have more of an impact on the listener because what they are hearing is real.

Your new EP is going to be live on the 13th May, so what can listeners expect?

Lots of energy. This EP is going to blow your socks off.

Your new song Honey out now from that EP, Did anything inspire you with that song?

It's a long story. One that involves one particular member getting caught up in the metaphorical sweet sticky honey after starting conversations with an old flame. This got him in a little bit of trouble. I'll let you work out the rest from the song.

What can people expect from the headline show in May at the Wedgewood Rooms?

Lots of energy, excitement. We love getting the crowd involved with singing along and our priority is making it one of the best gigs you've ever been to.

Do you have any more news you want to share?

Head over to our socials for all of our major announcements! We have some exciting things coming very soon.