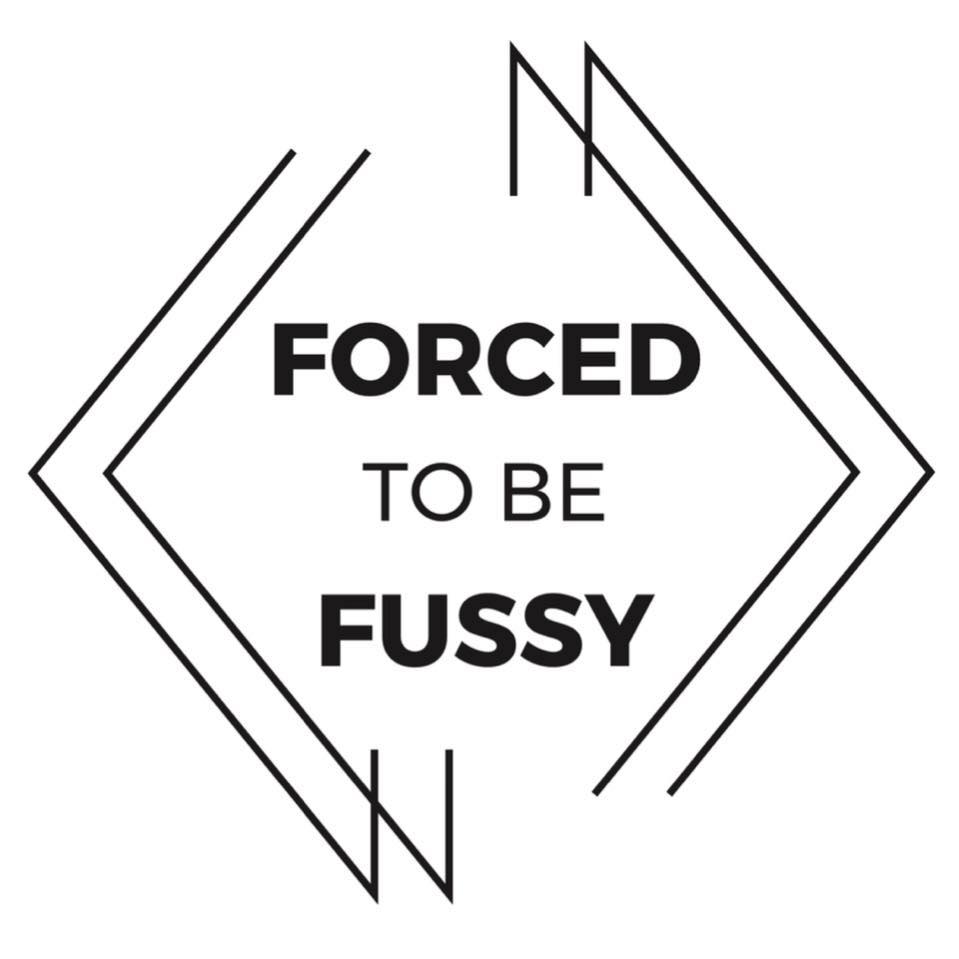 Having met Jenna Boyson a few times at various fayres around Southsea, I wanted to catch up with her and talk one to one about her mission, love, future and main project, Forced To Be Fussy Having spent time these last few weeks changing my own diet by cutting out milk and thinking about cutting out dairy, I remembered Jenna. She’s had to remove so many foods from her diet, I wanted to talk to her about how that felt and what steps she’s taken to get where she is now. 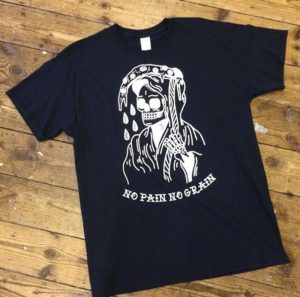 On a very hot sunny day, we met up at the park near Winter Road, had lunch on a bench and chatted about her business.  Five years ago Jenna’s dad was very ill and ended up having tests for food intolerances. The results came back with an extensive list of foods that he was recommended to cut out. Medical staff were concerned about the potential hereditary condition for Jenna and recommended that she have the intolerance tests too. They also suggested she eliminate certain foods and drinks as a precaution for potential severe symptoms later on in life. At this moment in time, Jenna did not feel unwell and didn’t have any effects from the foods she was recommended to cut out.

Getting the positive results back was a complete shock and understandably she felt fed up with all the things that she could no longer eat and drink. After a while, Jenna decided that instead of sulking about what she couldn’t eat, she needed to build positivity and focused on everything she could eat. This was where lots of experimentation came in and involved trying out all kinds of recipes! Having always loved baking and cooking, Jenna was originally focused on making recipes for herself. She then realised that it would be great to share this knowledge and inspiration with others and that was the start of Forced to be Fussy. 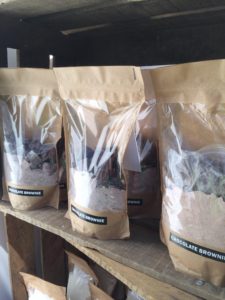 Forced To Be Fussy originally started as (and still is!) a stall where Jenna offered her own bakes for people with intolerances to try and buy. She now also offers kits so customers can easily make her recipes at home; the ‘Try it, Buy it, Bake it’ range. As well as the stall, Jenna has a food diary online where she shares her favourite recipes for people to use and feel inspired instead of limited by their options or intolerances. Jenna said ‘I want to inspire those living with food restrictions to try new ingredients and not to think they have to be boring with their food/drinks. There is so much choice out there and it is great fun trying new things and experimenting with ingredients’.

All of Jenna’s recipes are vegan, because of her egg and dairy intolerance, and gluten-free. I just need to point out here that Jenna herself is not vegan and does eat meat. Because she has had to cut so many things out, eating meat helps her own diet remain stable and ensures she has plenty of protein.

Spending time chatting to Jenna, you can tell she has a great business head and has done so much over the years. Having developed successful charities in the past and opened shops, this stands her in good stead to grow the Forced To Be Fussy brand. I told Jenna that she offers herself as a complex character as to look at her, you would think she was in her early 20s! She looks so youthful and has a young heart and energy. After listening to her business ideas and skills you can tell she has life experience and wisdom, having achieved so much already. Being 31 now, Jenna hopes to expand on the brand and is going to be at the Allergy Free From Show in London this July. There are plans to keep growing the product range and take part in more events and markets. 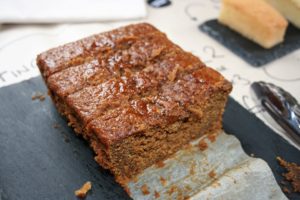 One of my favourite recipes is the sticky ginger cake. I think that would be fun to try! On Facebook, you can look at the merchandise available to buy as well as all the latest recipes, news and links to her blog/food diary.

I love Jenna’s ethos and energy. I have no doubt in her abilities to keep going with this venture and wish her all the luck in the world to keep growing such a positive business!