Back in 2005, there was a music vibe happening in South Yorkshire, a real buzz in the air with the likes of Reverand and the Makers, Arctic Monkeys, and Little Man Tate. In fact, the story goes that they all worked at the same music venue when they were very young in Sheffield at a place called the Boardwalk before they all hit stardom. I loved Little Man Tate from around 2006 and feel so pleased that after a long break the boys are back and playing Victorious this Sunday.

To celebrate their return I caught up with Maz the guitarist in the band to chat about music, songwriting, and playing festivals again!

Hi Maz, thanks for joining me to talk about Little Man Tate.

1. Do you find fashion style is important to you guys on stage?

To a point. It’s good to look smart and done up, we’ve always been into the mod fashion, pretty predictable really, nothing outrageous although once we did use to wear tank tops and Jon owned a pair of white winkle pickers so there you go!

2. What kind of inspiration differences are there from when you started to now? So are there any bands that are around now that you feel inspired by that weren’t around when you formed?

Dan has always been a massive prog rock fan which hasn’t changed over the years and he’s been listening to Steely Dan lately. Jon is a big fan of the Reytons who are doing brilliantly at the moment. It’s inspiring to see young bands like those guys creating a buzz for themselves without major label hype behind them. I also really like a new band called Sunset Collective, they’re doing good things for guitar music as well!

3. What do you find inspires your music now compared to your original material? Do you find yourself writing similar concepts to classic tracks like ‘House Party at Boothys’ and ‘Sexy in Latin’ or have you found a change in direction in terms of your writing?

We have a Little Man Tate DNA now in terms of our ‘sound’. We’ve always written stories about characters, some true, some made up. That comes from our love of country and folk music where the best stories are told. Some more personal stuff has also drifted in which has given some of our new songs more emotion and passion, stuff from the heart! Musically, we are better now and we’re up for getting new stuff out as soon as we can. A lot of our lyrical content has been tweaked a bit, we’re not young lads in our twenties anymore but we still love playing our old songs as it helps stave off the impending mid-life crisis!

4. You started the band in 2005 and then had a break from 2009, so has your songwriting changed in the last 11 years? Do you feel you are writing about the same things as you were before? Or has this changed a lot?

Me and Jon still write together even if one of us has got half a song we know the other one will knock it into shape and the rhythm section extraordinaries (Ben and Dan) always finish the songs off and help with the arrangements. What’s easier now is the ability to use our phones more for recording stuff and sending it to each other or using apps to come up with ideas. We certainly couldn’t have done that with our brick phones back in the day.

5. Do you have a new album coming out and when can listeners get in on the act?

We’re hoping to release new material next year. In the meantime, we’ve put up loads of rare tracks and demos on our official SoundCloud page so people can keep themselves entertained until then. We also put Boy In The Anorak on Spotify recently so that plus the two albums should be enough!

6. What was the last song you listened to that you loved?

I’m really into New Order at the moment having just gotten through Stephen Morris’ book on holiday. I love their album Low-Life and the lead single Perfect Kiss is unbelievable. The effort they had to go through to get drum machines, synths, and sequencers working makes me kind of glad I’m in a rock n roll band. We’d be useless at that type of thing!

Has to be pepperoni. Mini discs of spicy pork heaven.

8. What are you looking forward to the most about your Victorious gig on Sunday?

Being on with some other great bands, enjoying some nice weather, and being back in Portsmouth again. We always enjoyed playing at the Wedgewood Rooms back in the day so hopefully, we will have some fans cheering us on.

Little Man Tate is playing on the Castle Stage on Sunday at 5pm. Make sure to go check them out! 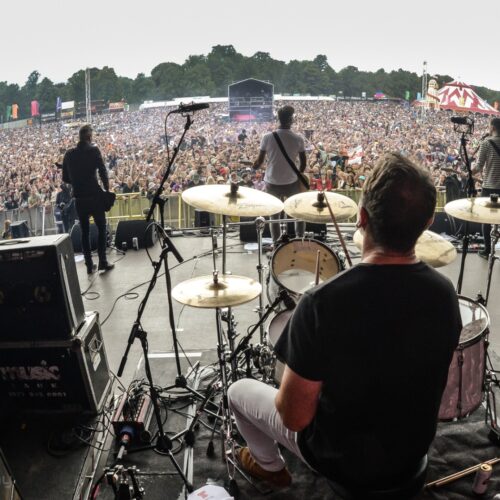 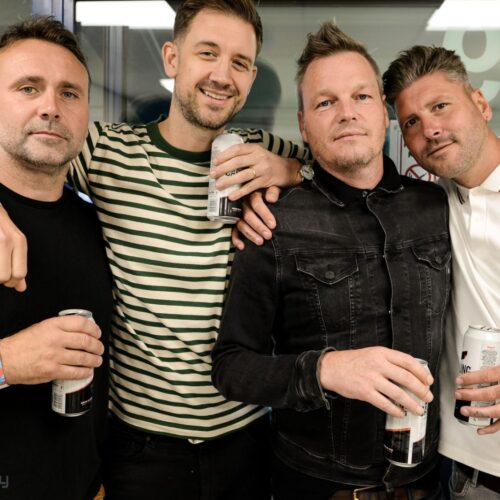 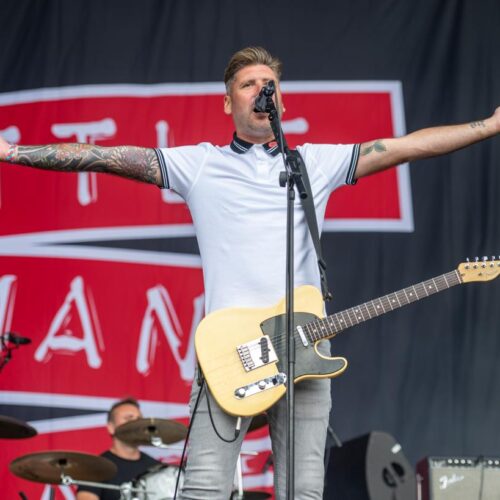 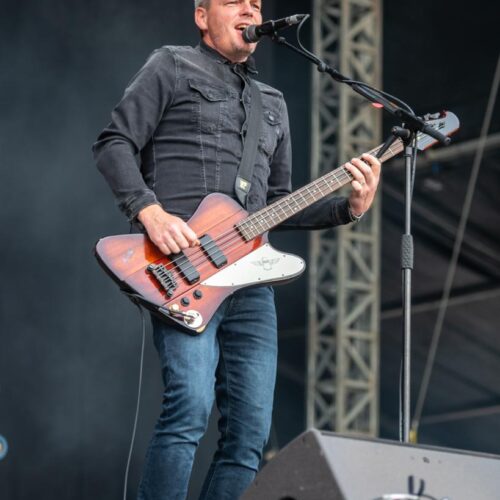 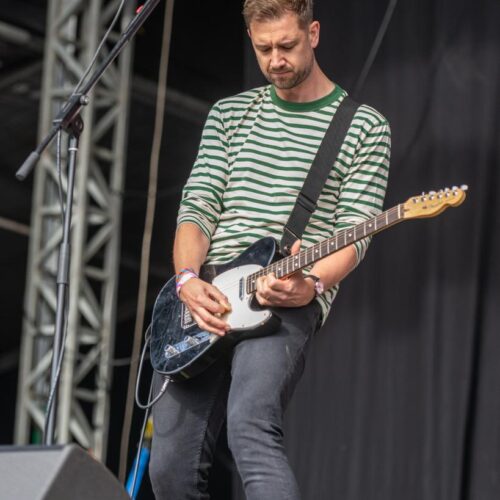 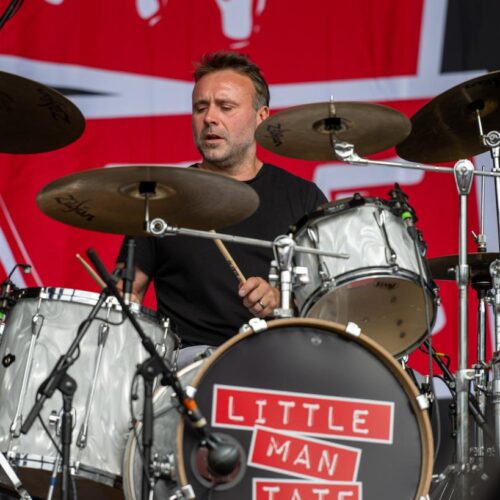