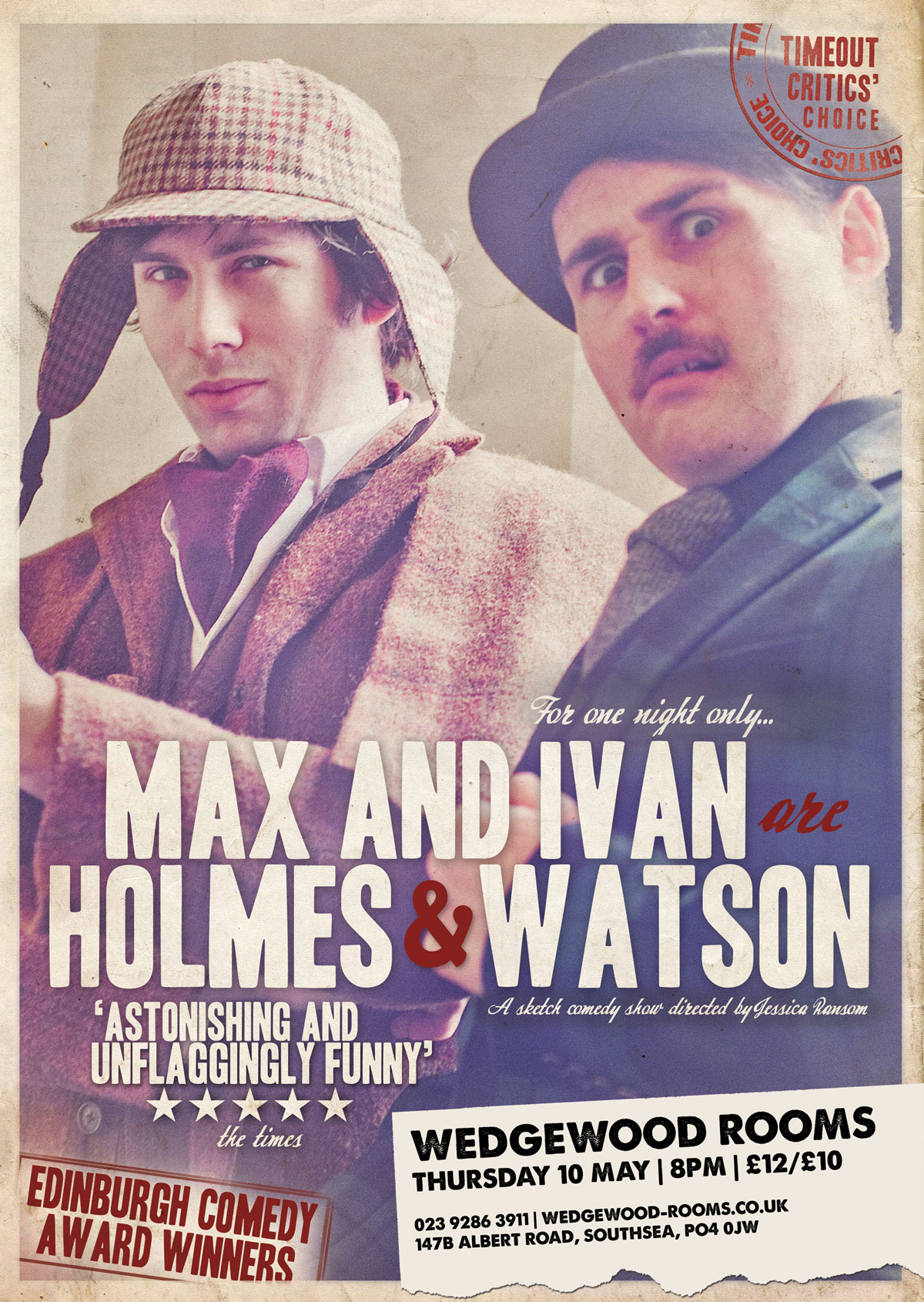 Maybe you have seen the flyer around town of the dynamic duo that is Max and Ivan. Their BBC Radio 4 sitcom, The Casebook of Max & Ivan, has attracted guest stars including Matt Lucas, June Whitfield, Jessica Hynes, Reece Shearsmith and Mark Heap. I caught up with Max this week and he has put together a guest blog post all about his show hitting the Wedgewood Rooms on the 10th May, it does look rather funny and for a good cause so hope to see you all there!

MAX & IVAN ARE… HOLMES AND WATSON 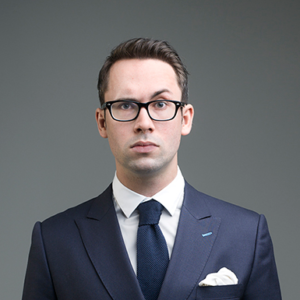 Hello Portsmouth! Max here, one half of comedy double-act Max & Ivan, here with an important announcement: for one night only we’re coming back to Portsmouth and performing our first ever show – and you’re invited.
I say ‘coming back’ because I grew up in Portsmouth – in the pre-gentrification era. Before Pompey was a world of gin clubs, creative co-working spaces and lovingly-curated blogs like this one. Back when the Astoria was a sticky-floored nightclub called Route 66 and the entry wristbands gave you syphilis. Back when the Mayor of Portsmouth was a member of the 657 crew known only as ‘Geez’ who wore nothing but an unbuttoned Stone Island jacket and a muzzle. It was a glorious, simpler time – but, it’s fair to say, Portsmouth is a different world these days. Albert Road is a bruncher’s paradise, and the streets are paved with artisan coffee. One thing, happily, that remains from my hazy teenage memories is the Wedgewood Rooms. And it’s there – the same venue that I once went to on a date to see the band InMe, who I claimed I was into but had definitely never heard of – that we’re performing our show.
The show? It’s called Max & Ivan are… Holmes and Watson, and it’s a thrilling tale of the famed detective’s final ever case. It features a dazzling array of characters, some genuinely appalling American accents, and the best four way Mexican stand off that two men have ever performed. We first performed it way back in 2011, and are reviving it for one performance only.
Why are we doing such a thing? Well, it’s all in aid of the brilliant community interest company Top Banana Circus, which is run by my mum, Anna. Top Banana runs classes teaching circus skills – also at the The Wedge – and hosts actual performances, too. So if you’ve ever fancied learning trapeze or club juggling, but thought ‘No – not even modern-day Portsmouth is vibrant and eclectic enough to offer that’ – you’re wrong! You can do it, and it’s brilliant.
ANYWAY. Come to The Wedgewood Rooms, May 10th, 8.00pm, to see a great show (promise) and support a great cause.
TICKETS: bit.ly/holmesandwatson
See you there! And then we can all go out drinking – except not at Bar: Me, The Fuzzy Duck, Bar Bluu, The Tangerine Suite, Kaos, Lush, Bliss, or Time. Because none of them exist any more.
www.maxandivan.com // twitter.com/maxandivan