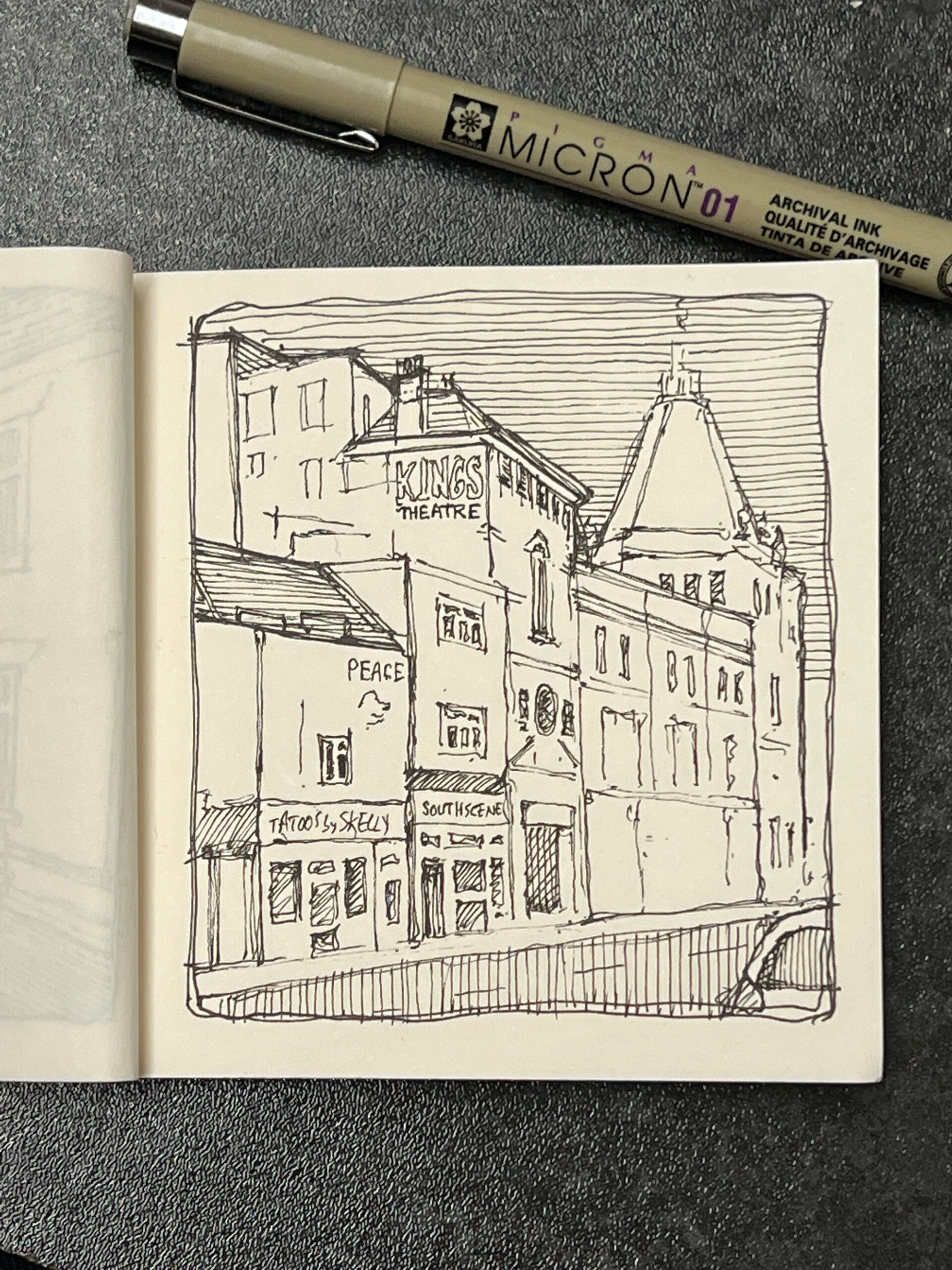 Having seen Will Hutchinson work on various projects around Portsmouth from filming the latest exhibition at an independent gallery to designing The Grateful Hearts Club logo and merchandise, it was nice to see something crop up on my feed which was simply, sketches of buildings. I have always loved the intricate detail based around this town that has some seriously cool buildings and architecture.

Something that appealed to me during lockdown was seeing creatives inspire us with photos of places we couldn’t necessarily visit. Southsea Snapper captured our hearts at the start of 2021 by offering a wonderful Instagram feed full of roads, restaurants, and coffee shops we weren’t allowed in. Billie Rae Photography gave us the Pandemic Pink collection of photos that she did during her daily walks outside, near her home.

Seeing these sketches of various parts of Southsea on my phone made me want to catch up with Will and ask him about where they came from and his ideas behind them.

Sitting in Garage Lounge at the top of Albert Road, we chatted about work, life and drawing. Will has always been very creative from studying art and design and then spending a long time working in the music industry whether that be his own band or designing merchandise for big names like Coldplay. Having spent such a long time in this industry, working on various projects, Will decided to move more into photography and Videography as this was a passion of his that he wanted to explore. So for the last 10 years, Will has taken photos of bands, musicians and artists, to more commercial projects like Jagermeister. He said that he loves his job as it can take him from working with the band Madness on a video they want to produce to helping a local creative in Southsea that has a vision and focus he is interested in.

Lockdown like for so many other creatives meant that Will had more time to concentrate on things he doesn’t normally get time to do and so the old pencils got dusted off and the sketchbooks got brought out of extinction (that wasn’t to do with work) to sit and just draw for nothing other than relaxation and to feel creative.

Spending time relaxing and focussing on his artistic skills, Will found himself pottering around Southsea and admiring the view that sometimes he had taken for granted. That whole idea of looking up and seeing what is around you really resonated with Will during and after lockdown. He said that he didn’t want to commit to drawing one sketch a day as he felt that would become too tedious for him and he didn’t want this process to be about putting pressure on himself but he does like to have his pens and sketchbooks close by at all times so when he feels the urge to draw he can concentrate and just forget about the world for an hour.

Living in a constant, moving world where there is always a distraction from the ping on your phone to give a notification from social media to a phone call from someone wanting your attention, Will said that drawing means he just completely switches off his mind to everything around him and enjoys the peace for a small portion of his day.

Showing me quite a few pieces of his artwork, I could see he had been inspired by everyday items at home while stuck indoors but what caught my eye was his small sketchbook of the places he had drawn locally. These are uplifting and have such delicate detail. The corner of where the Kings Theatre resides is one of Will’s favourite locations in Southsea and he said he has walked past it a million times but wanted to capture this little spot where Parmiters Antiques stretches out to various independents. He said that drawing in black ink means that he can’t rub out mistakes so he really has to focus on his work.

The next time you are feeling rushed or stressed, just drop onto Will’s Instagram page to find some calm and peace and see where he might have drawn and focused on next. I asked Will if he was planning on making his Southsea sketches into prints or an exhibition and he said they are just for himself for now, and he loves to share his drawings with his followers.

Find out more about Wil from his Instagram below. 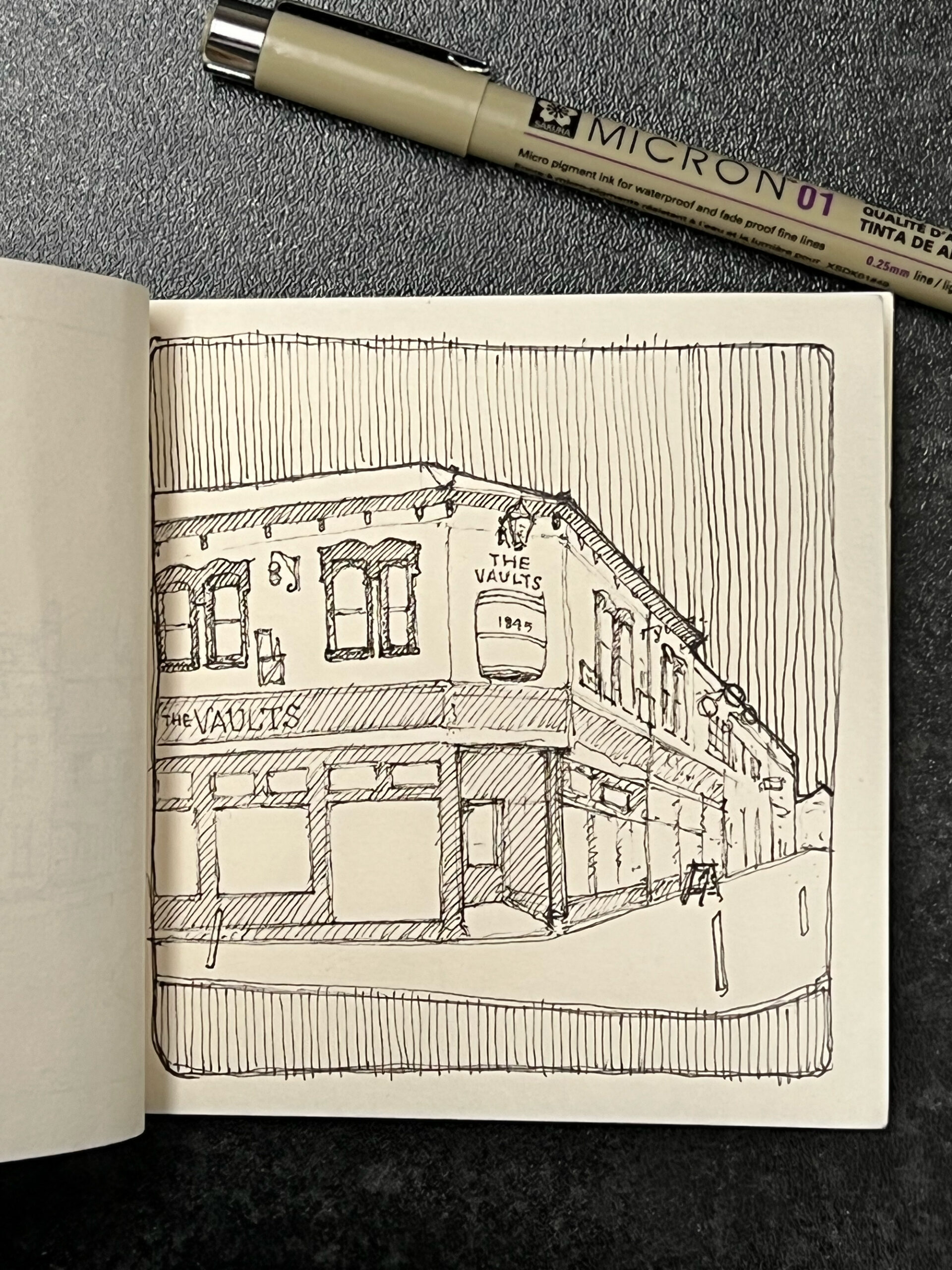 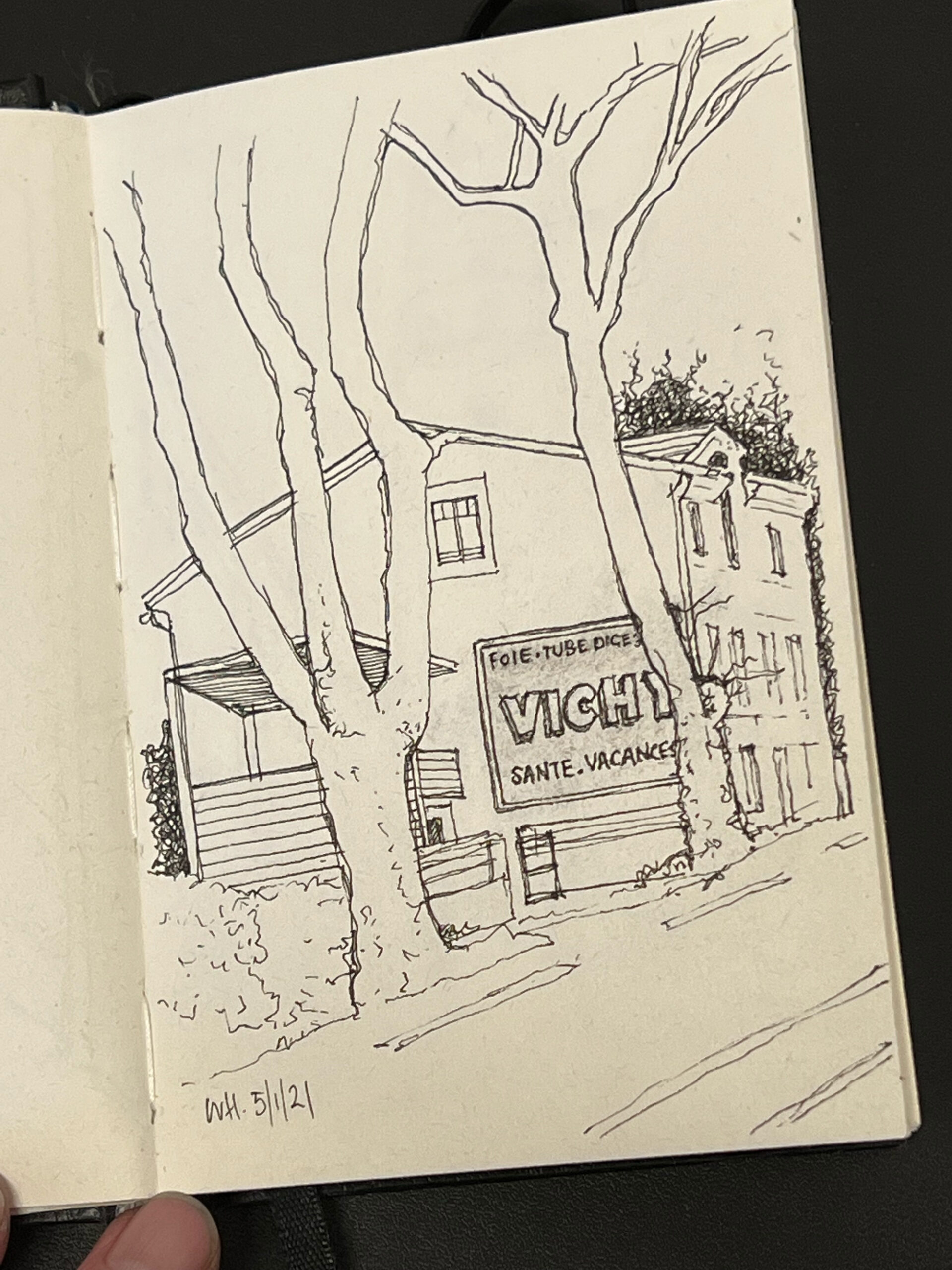 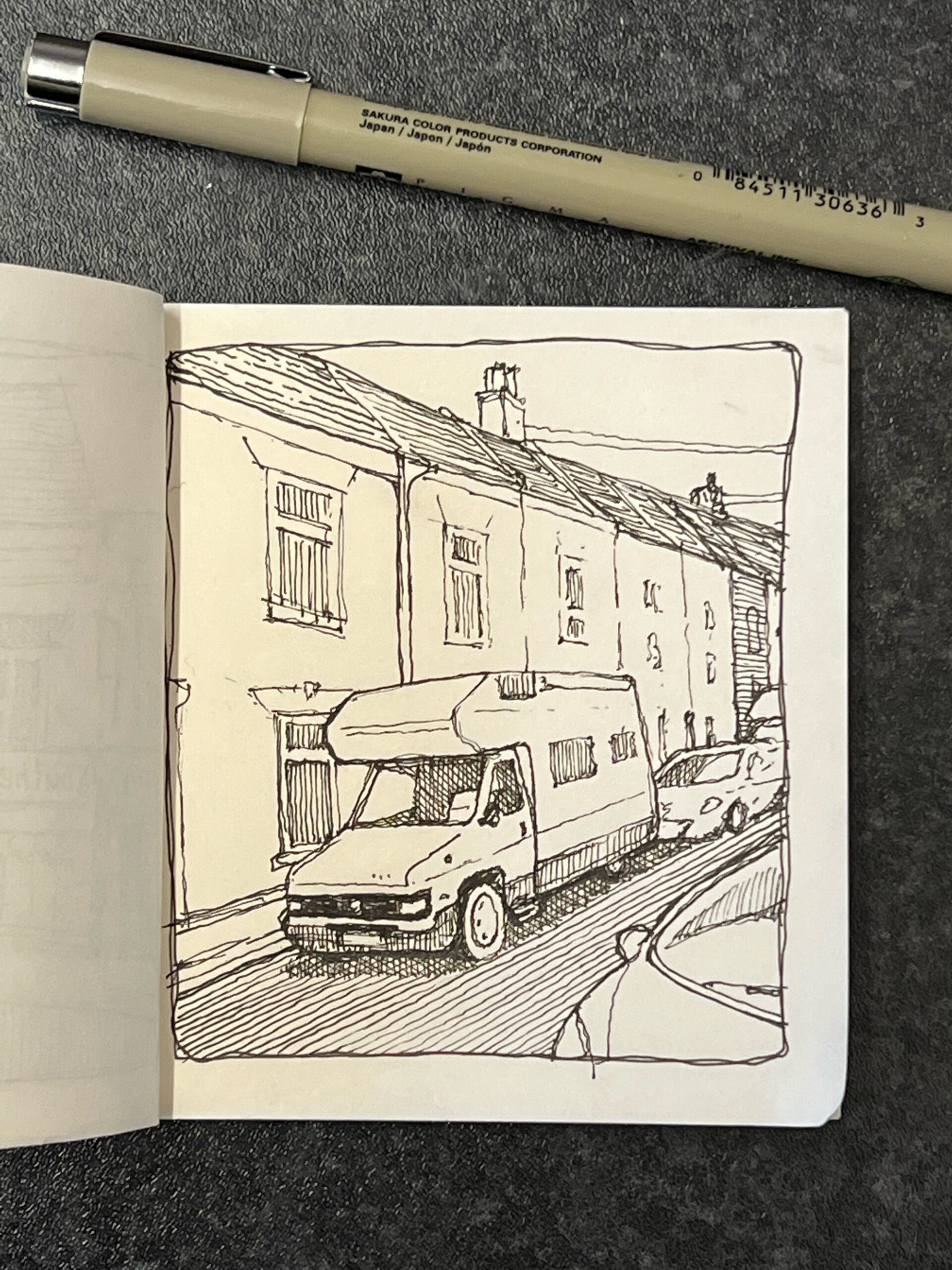 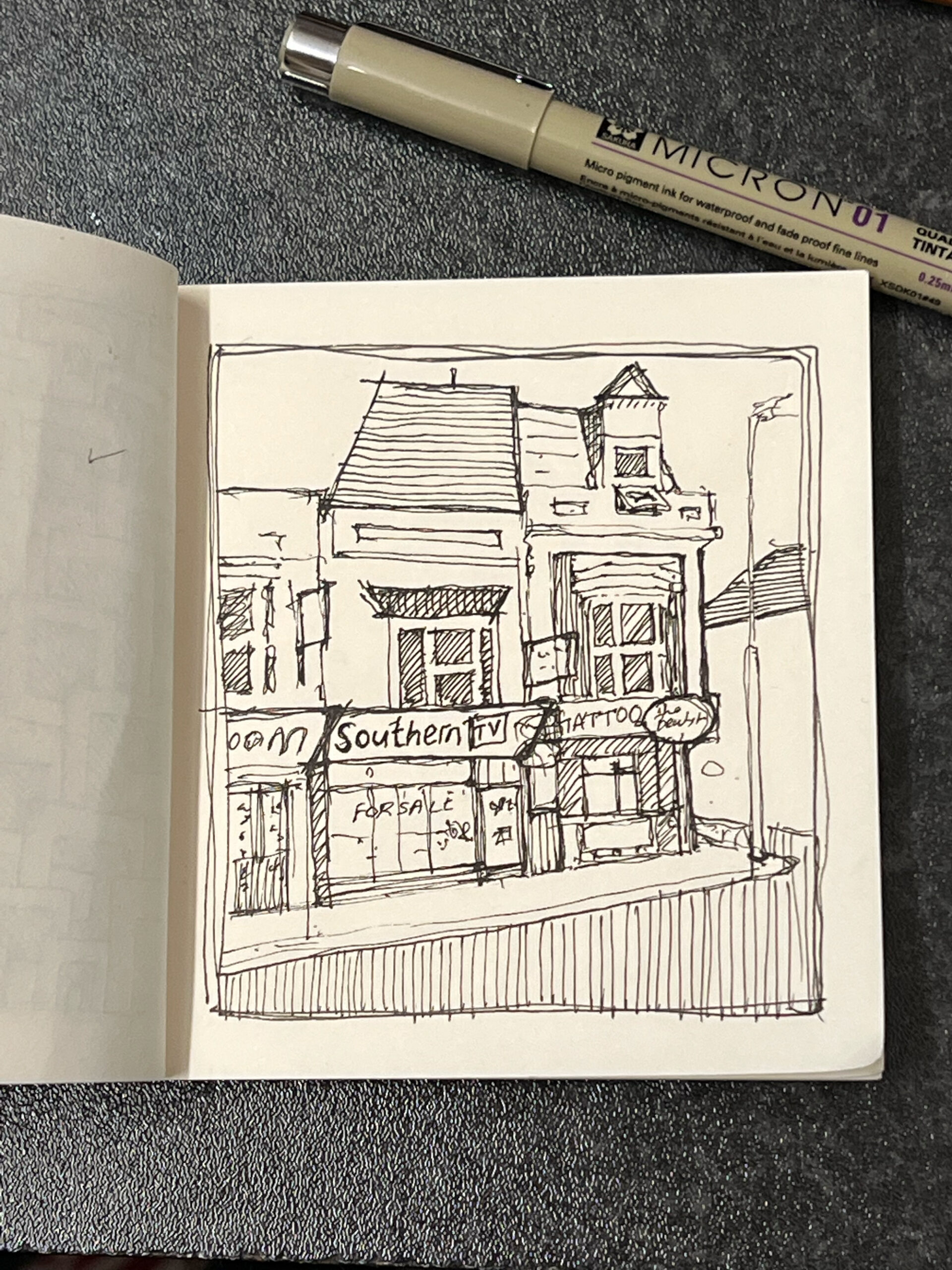 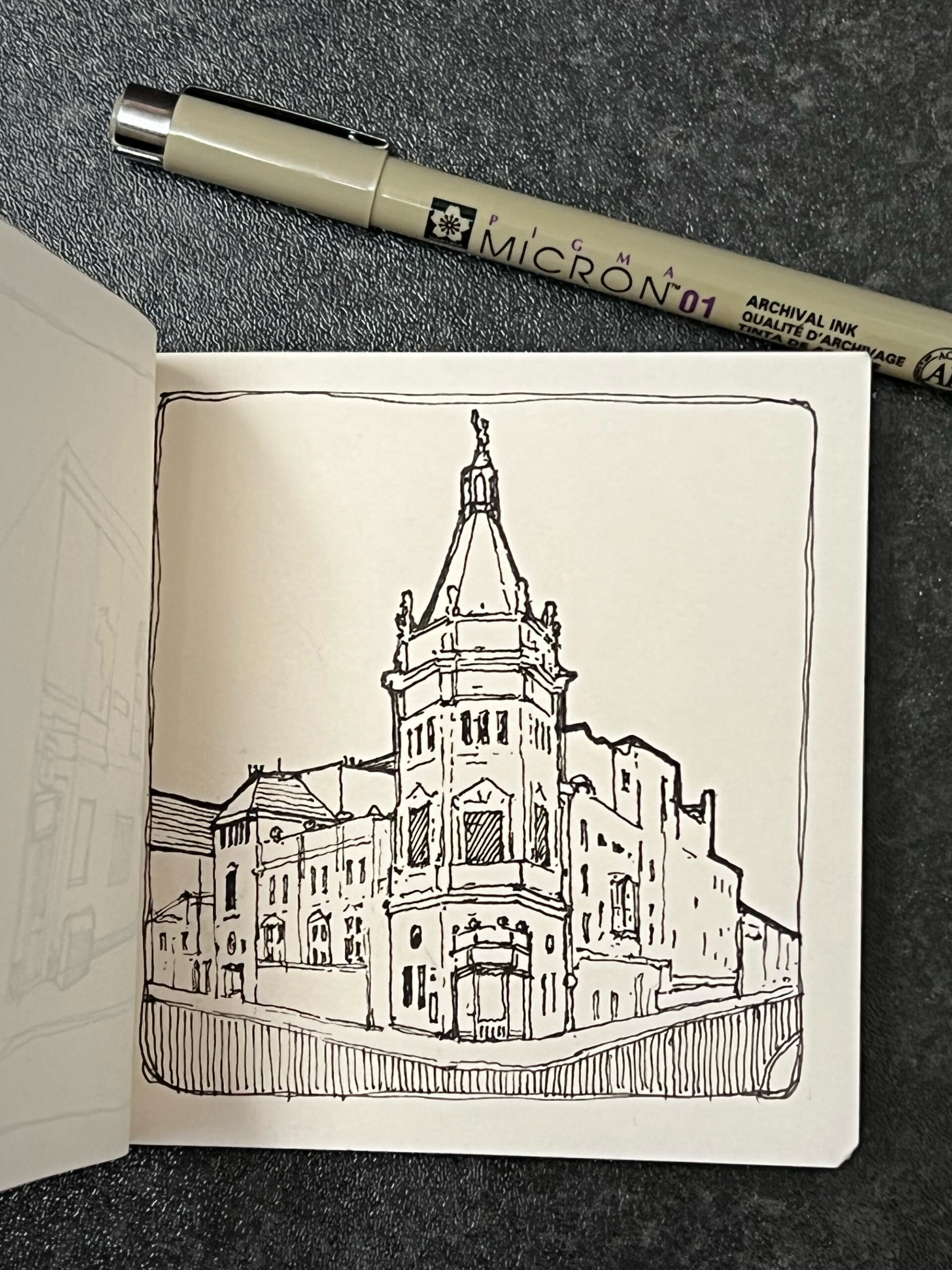 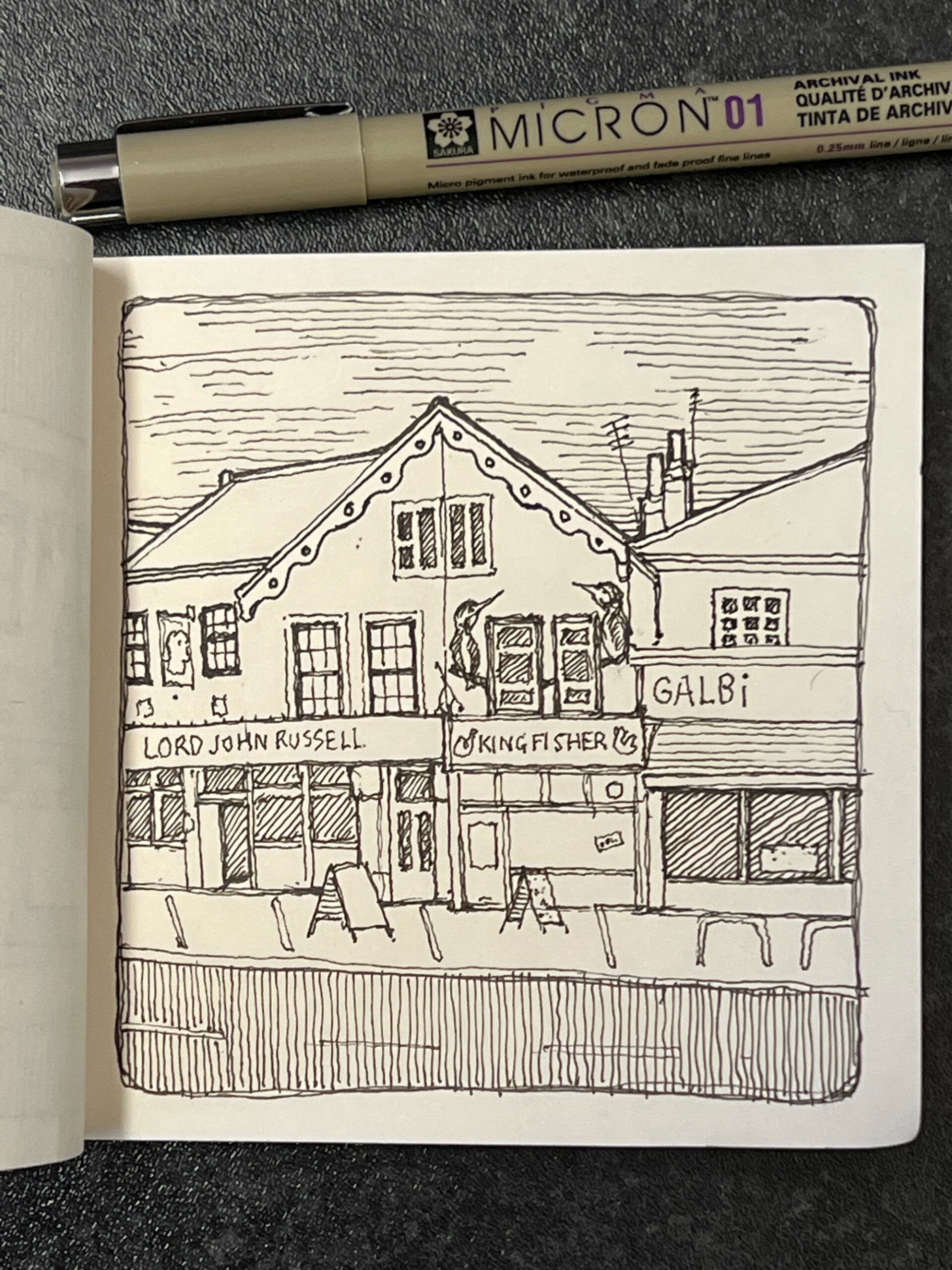 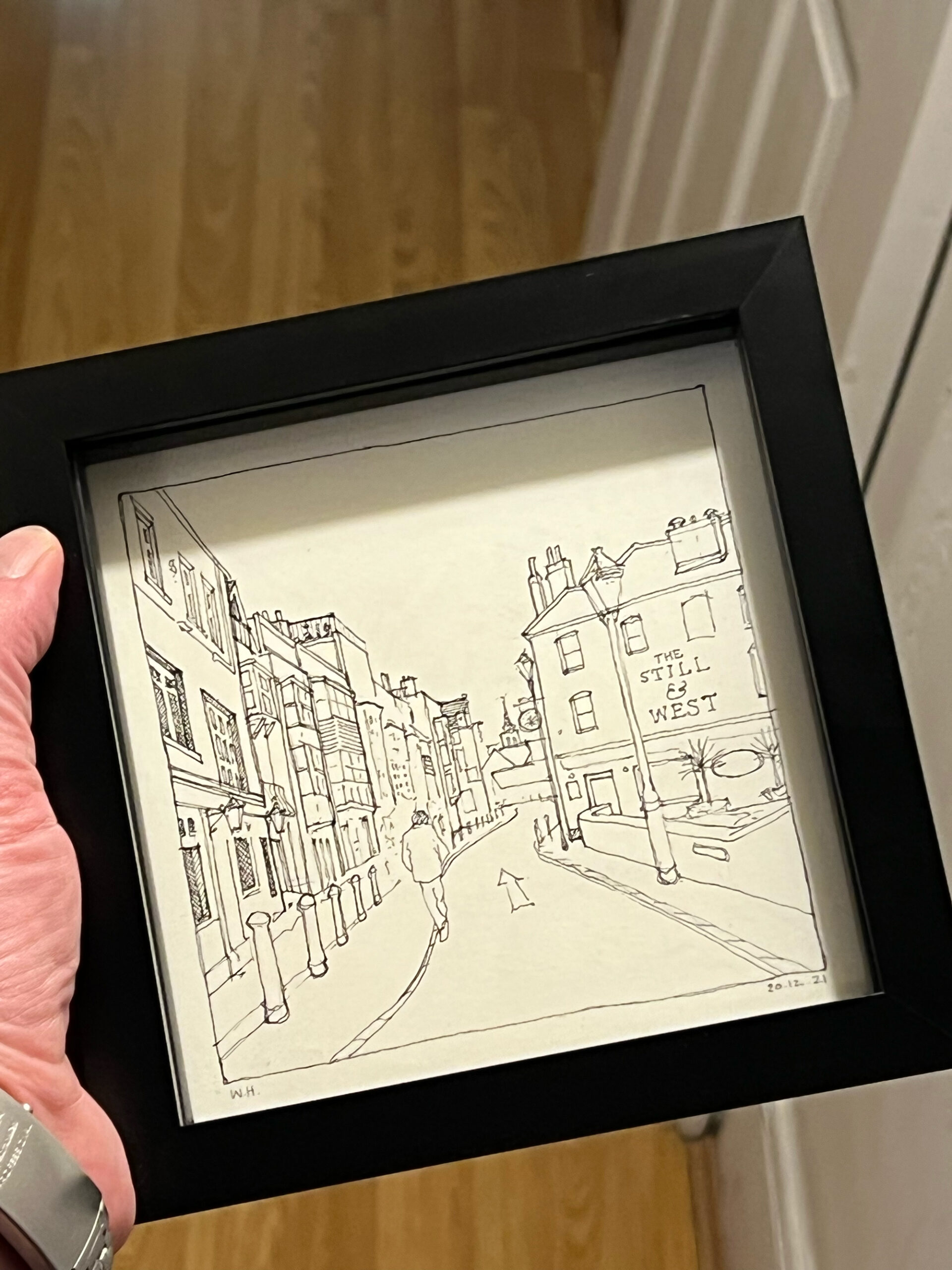