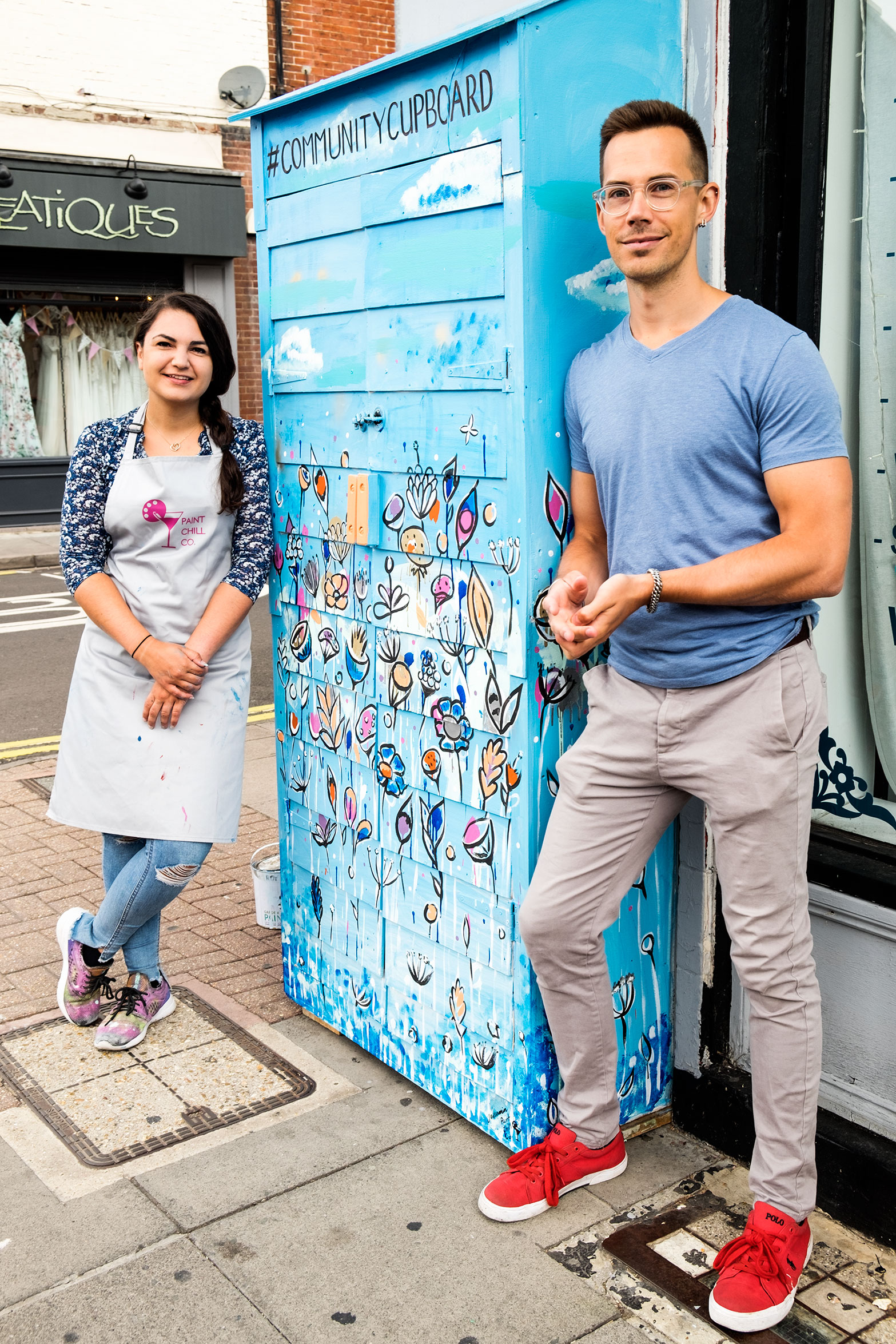 The recently launched Community Cupboard on Albert Road is a true example of Southsea’s warm heart. Designed as an opportunity for people to donate what they can and take what they need, the wardrobe will become a place to focus on community spirit and benefit those needing help– especially with the winter months coming. 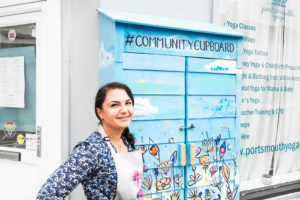 The first ‘wardrobe’ was thought up by Lucy from Portsmouth Yoga. Aware of Portsmouth’s homeless individuals, Lucy placed a rail outside the yoga studio last winter for people to donate coats. The idea was fantastic and well received but the clothes rail … not so much. It could only be put out if someone was in the studio and really wasn’t durable enough to survive the weather and attention of Albert Road on a Friday/Saturday night. Enter Tim Ames, a student of Lucy’s with a background in web design which allowed him to evaluate and see the potential of her idea.

How could it be more durable?

How could it be more secure?

How could it be more sustainable?

With these questions in mind, Tim volunteered to make a structure that would answer those questions and help the project become self-regulating. He had recently met Ming Wu of the Maker’s Guild and together they set about creating the cupboard. “The Maker’s Guild was kind enough to let me use their facilities and it’s thanks to the advice of its members that the cupboard exists at all.” Tim wrote as he explained he barely knew how to use a saw before taking on the project! Determination and collaboration continued with Ming showing Tim how to use a variety of tools on offer in their space as well as helping him build the frame that would become the cupboard.

In another twist of fate, the wardrobe is built entirely from reclaimed and donated timber from the University of Portsmouth, old voting booths where the wood is “just this side of the Second World War” as well as screws reclaimed from other projects. Tim was excited about turning all of these other objects into a useful new project, “To me, it seemed both incredible and ceaselessly novel to be taking one thing and reshaping it into another.” 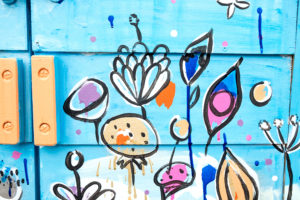 With the materials transformed into something built with love, Tim wanted it to look as beautiful as possible – to welcome people and encourage them to treat it with respect. He met Jessa at a Portsmouth Freelancer’s meeting and she volunteered to paint the wardrobe. Jessa is part of Paint Chill Co and her cheerful style and bright artwork is super eye-catching on the cupboard, as well as covering a few flaws in the construction. (Tim’s words, not mine!) Tim actually started the project in January but wanted to make sure it was built to last, as well as learning how to actually make a cupboard in the first place! However, I think it’s a lovely thing to see the passion and struggle in making something and adds even more value to an object. I hope other people will see this too whilst stopping by to donate and welcoming the cupboard into the community.

With Jessa’s painting and Tim and Ming’s construction, the cupboard should stand proudly outside Portsmouth Yoga for a long time yet. The project is being officially launched on September 1st but the wardrobe is already there if you’re passing by and want to take a look. Don’t forget to spread the word #comunitycupboard and get involved!