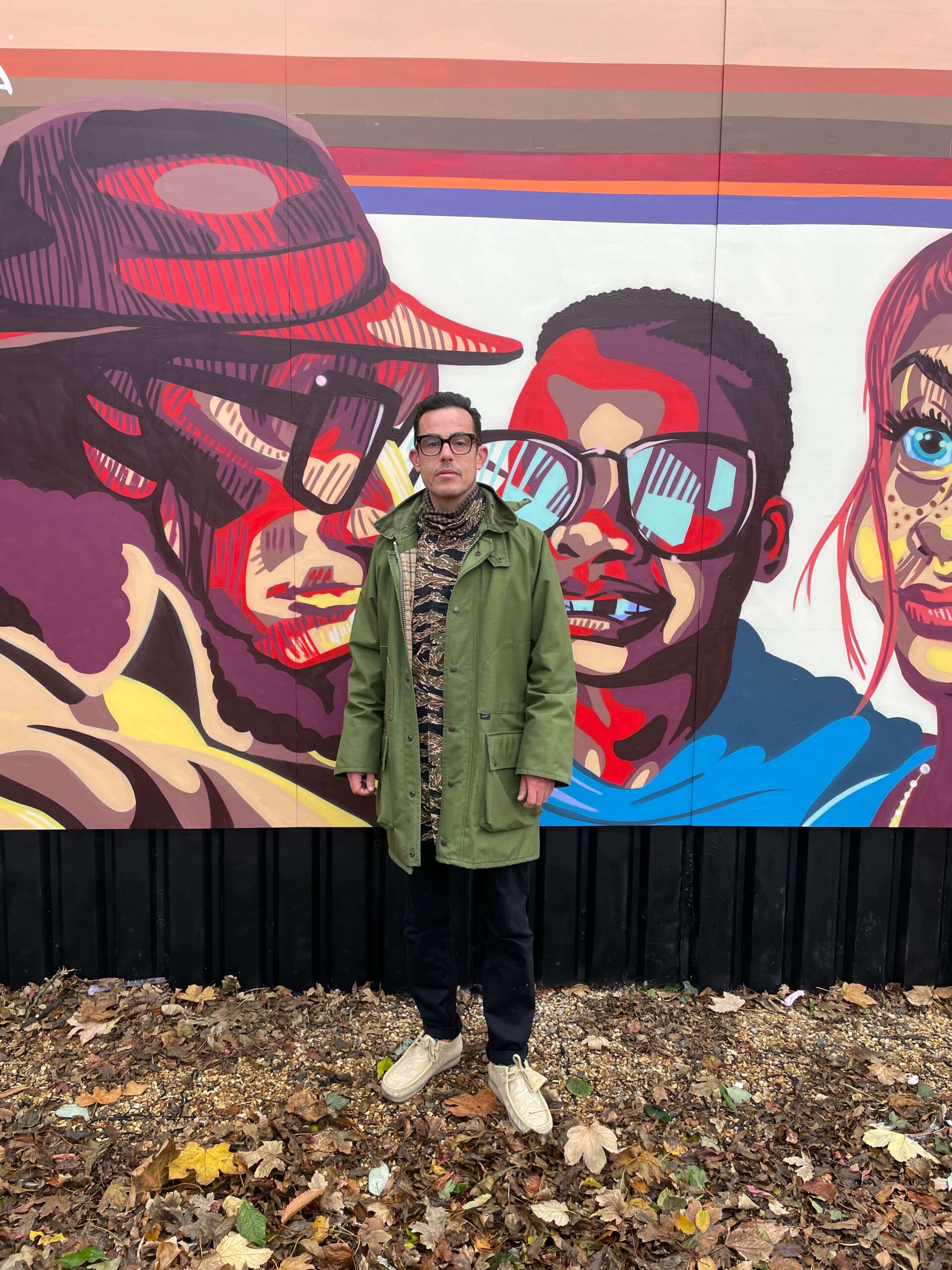 One of the great things to come out of the We Shine Festival this year has been the inclusion of art murals across the city. We have been blessed by some amazing work and it really offers a chance to highlight some great artists. I also love how after the event has finished people can go on an art trail and visit these pieces dotted around the city.

One artist that really captured my attention was Dharma 77 aka Luke Storkey. I really resonated with his mural 'Proper Faces' which now sits proudly at Orchard Park. It shouts out to you in so many ways and the characters that he has created breathe a real warmth which is a very clever thing to do. It is unusual for a street art mural to capture warmth like that but those faces offer an uplifting presence as well as the creative use of bright colours.

On the coldest Saturday of the year, I met Dharma 77 down at the park so he could talk me through in detail what he felt each character represented. It is quite a big piece and there are some amazing faces on there. We then went to Baffled Coffee to warm up and grab a coffee so we could chat some more.

Chatting about the Proper Faces piece Luke said he had drawn some of the people quite a while before the We Shine project but had waited for an opportunity to use that particular face/portrait. One that sticks out for me is the last man at the end of the mural on the left which represents a Charlotte Street market trader. The outline of the man's face is very well done and came from a drawing Luke had done a year before, sitting on the bus travelling down the same road the mural sits on now, observing a man opposite. He just felt that his features really offered a story. Using that face from a sketch and then turning into a new character really makes you appreciate and understand the thinking process of Dharma 77.

Walking through each face, Luke described that one face represented his nephew, another was his friend's son, and the old woman's face looked like lots of nan's across the city. I love that you can go down there and view the mural and think of someone you know or have met. It is nice that each face tells a story and in a way, you could go and see this piece and create your own stories. The faces are a cross between cartoon and realism and I think that is one of Dharma 77's appeal in his art, that his pieces really talk to you.

Luke explained that he had been brought up in Pompey and studied art, as well as always loving to draw cartoon-type characters from an early age. He went to college and studied fine art but he was drawn to street art and that whole scene. He said he was never encouraged to pursue a street art style as in those days this type of art was only ever classed as graffiti and really frowned upon as a nuisance. Of course, we know how this prejudice has changed and how the last ten years have seen a massive shift in the support for street art and what it represents, even to the point of teachers working with students on work like Proper Faces. Luke said he had been approached by a school that is using his art piece as a part of their project and really proves how that shift has really changed.

Always loving the skateboarding scene as a teenager, Luke met other like minded creatives and developed his style. Spending time at the skate park he felt it was a great scene to be around as a kid where everyone accepted each other and there was a huge amount of creativity with music, art, fashion, and culture. Working these days as a full time Graphic Designer he said that working on his art projects is something he really values. In lockdown like lots of other artists, Luke had more time to think and draw as well as a chance to explore his art and develop new ideas.

Talking of other work outside the city, Dharma 77 worked with Ron La Retro (a collector and stylist of men's vintage wear, especially 60's and 70's street fashion) on an exhibit for the Universal Hip Hop Museum in New York. Creating pieces and characters from that era was a fun project for Luke to work on. The exhibition covered a period of fashion and music in the '70s and currently has an exhibition about the '80s. The museum based in the Bronx in New York is set to open in 2023 and will be a huge cultural building for the area as well as a worldwide influential scene for Hip Hop. Using history and knowledge the museum says “Our building is anchored in the birthplace of the culture, the Universal Hip Hop Museum in the Bronx celebrates and preserves the history of local and global Hip Hop to inspire, empower, and promote understanding."

Look out for more of Dharma 77's work in the New year.

See below for more details on the artist. 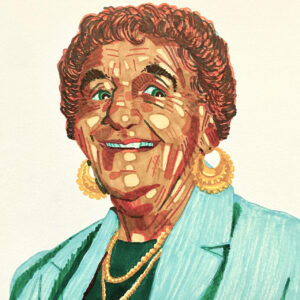 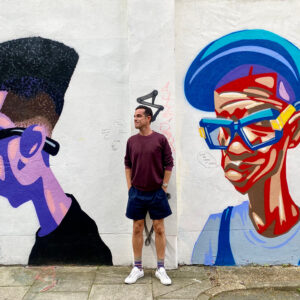 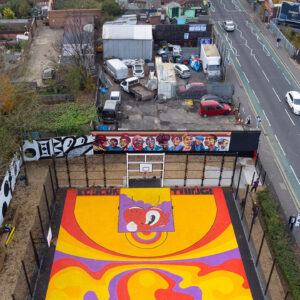 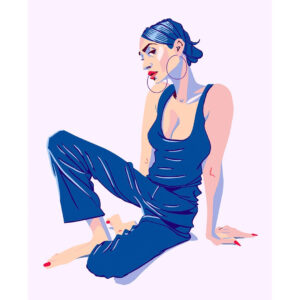 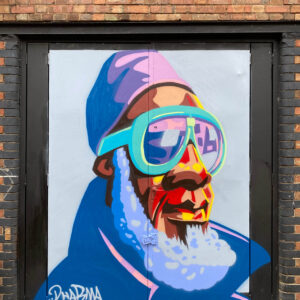 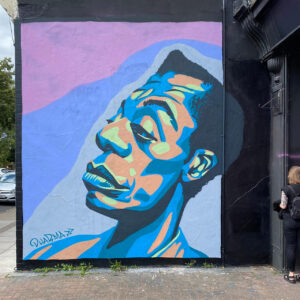 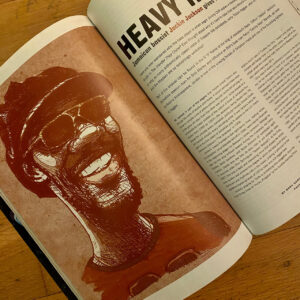 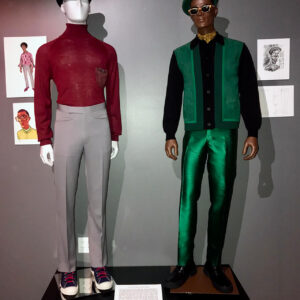 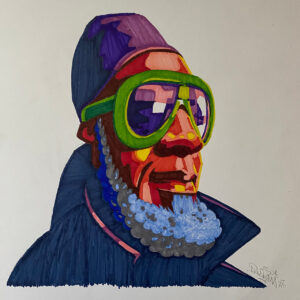 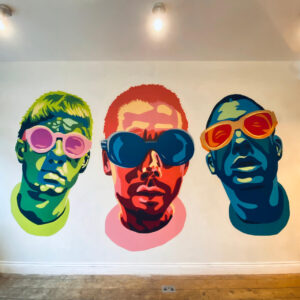