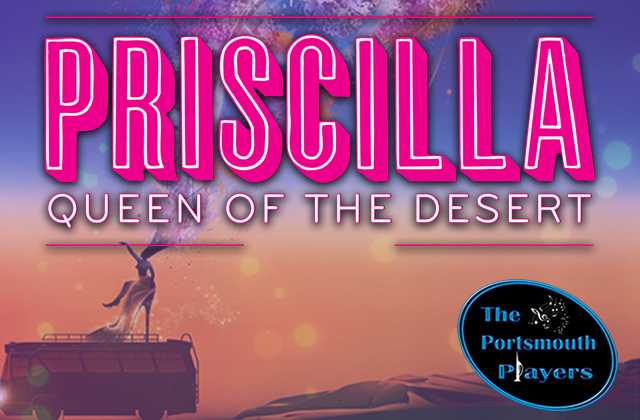 Wednesday nights are usually a case of catching up on the new drama I want to see on the telly. But this week I was asked to go along and watch the cast of the award-winning Portsmouth Players society rehearse for next week’s show, “Priscilla Queen of the Desert”. The Players are a tight-knit group of dedicated performers and crew who come together and bring professional shows to life, all whilst using local talent. The Portsmouth Players have actually been performing since 1927, can you believe that?!

Based on the 1994 Oscar-winning film, ”Priscilla” is the hilarious adventure of three friends who hop aboard a battered old bus bound for the Australian Outback with the aim of putting on the show of a lifetime. Their epic journey is a heart-warming story of self-discovery, sassiness and acceptance. Sitting down and watching the cast perform, all I could see was colour, wigs and amazing music streaming out from the speakers which made me want to get up and dance. Talking to the director, Ian Good, I asked him why Portsmouth Players wanted to bring this particular show to the Kings Theatre? He replied,

“This is an incredible show and to be able to bring it to Portsmouth before it gets taken on a huge professional tour means the local people get to see it performed by local talent. The number of costumes on stage, all 500 of them plus 200 headdresses and the incredible music involved makes this a great show to come and sing along to and just have a fun time in the audience. We knew this would be a good show to get the audience fired up, with a great cast and top tunes all the way through.”

I couldn’t agree more! Hearing some of the songs that are going to be performed in the show like “I Will Survive” and “It’s Raining Men” means this is going to be a fabulous and fun performance for all who attend, with toe tapping tunes and a witty script. Highlights from rehearsal were the Divas with their wigs that stood around 5 feet high – with the most amazing voices – as well as the costumes bringing flamboyant colours and drama to the stage. Let’s not forget the funny one-liners from the lead parts which would have any audience crying with laughter.

The show opens next week! There are still tickets left, so snap them up quickly and you won’t be disappointed. I am so pleased I have tickets for the opening night and can’t wait to see the whole production in action 🙂

“Priscilla Queen of the Desert” is on from Tuesday the 9th October until Saturday the 13th October at the Kings Theatre. Follow the link below for more info and tickets.