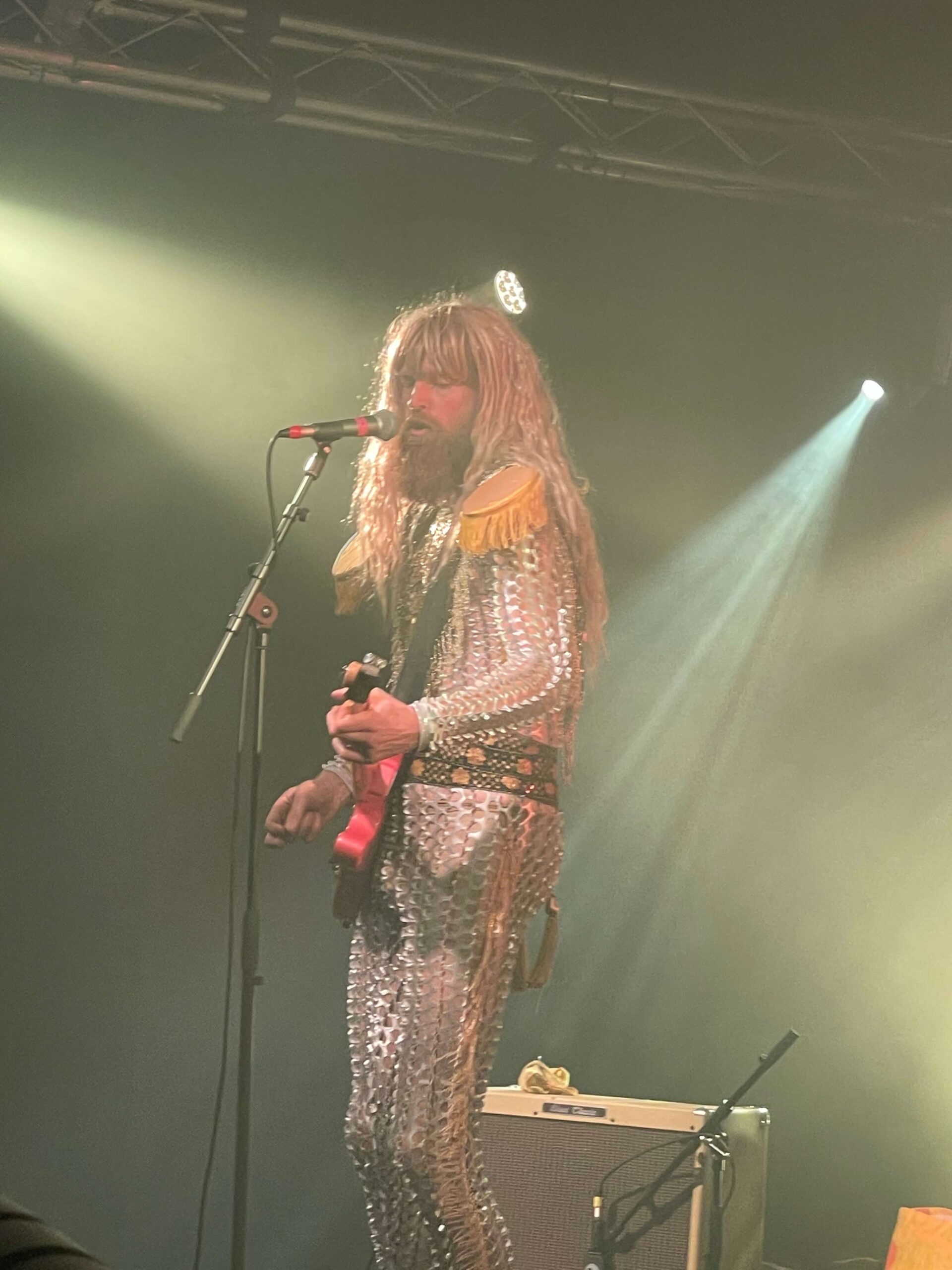 Wow, how good was it to be back in venues listening to quality bands and musicians? I love Icebreaker for so many reasons but first, because it offers a chance to see talented people doing what they love in front of an audience. Some previous headliners have gone on to great success like Crystal Tides who has just recently announced getting signed to a record label.

This year I went tootling down Albert Road with my hubby and we decided to make the most of being child-free by having food in between seeing bands! The weather was so mild and there was a great buzz around town.

We started our music journey heading to the Vaults which had a great one-way system in place! With a drink in hand, we managed to capture Yellowlees that really brought a vibe to the pub and had some real belters to get you in the mood. Living in Portsmouth, Yellowlees offers a great acoustic set with superb vocals and lyrics that grab you, it was a nice treat to watch him play!

Next up we headed to Back To The Belgrave to catch The Stayawakes who offered us a vibrant set with matching summer shirts and a pop/rock twist!

Engineer Records describe the 4 guys as a south-coast power-pop quartet delivering big-hearted jams and sweet harmonies with a visceral live energy and more volume than is strictly necessary, so I was keen to hear them live. I did feel that this venue was too small for this band. They had a huge voice and were left to project that from a small stage in a small room but that didn’t stop their enthusiasm. They delivered some great songs and the crowd loved it! I do hope next year if they get to play that it is a better venue for a loud-sounding crew like The Stayawakes!

Downstairs was an open mic session which just so happened to have the two brothers and most of the band from the original Assassin Street. They sang a song together and was so good I wanted to stay and hear more, but we were zooming off to the Wedgewood Rooms to see Dutch Criminal Record.

I love this band, they so remind me of Viola Beach who I felt were an excellent group that got killed in a car crash while going on tour in Europe to promote their debut album, leaving a lasting legacy behind them. It is hard to believe such a young, vibrant set of lads could leave this world in such a tragic way, and the 13th of February marks 6 years since they died. To have a comparison like that shouldn’t take any shine away from what DCR is trying to achieve. Their recent EP in 2021 offers a wonderful vibe with songs like Return to Dust and Hey Charlie. The sound from DCR is summery and light and they really have got the touch when it comes to drawing in the crowd! Great band that you must see live!

I had seen that Van Gosh were playing and I honestly didn’t expect Monty Python as musicians but this is what we got. Their set was incredible. True talent and performers in every sense. From the costumes to the stage presence, these boys have it! Please see them if you get a chance!

As the evening was drifting by I knew I couldn’t let Icebreaker go by without seeing one of my Southsea favourites, Tom Bryan, and he didn’t disappoint. Having hired him twice for the Southsea Folk Awards I was keen to see him play again. The atmosphere was electric with a huge amount of love for Tom there. What I genuinely loved though was seeing musicians and bands there at the front ready to see him play which shows the boy has got something special. The guys from Dutch Criminal Record were stood right at the front as were members of the band Colour Of The Jungle.

What gets me about Tom playing is that it isn’t just about his voice or his guitar that makes you want to hear more, it is also the atmosphere and how he resonates with the crowd. With loud cheers from the audience, we weren’t letting him go home too quickly!

After a few hours of being out, I felt really tired after seeing Tom at the Edge of the Wedge so we headed home. I wish I could have seen some more of my favourites like Slant, and Fake Empire but thankfully I have seen them before. Both are cool bands that are worth going to see.

Chatting to Mike Hartley who founded the festival a while ago, he said to me that one of his best tips is to just head to one of the pubs and listen to someone sing and play as you might find a band or musician that just grabs you and so I think this is good advice and I will definitely take that on board even more next year.

Thanks to Mike and the team for a fantastic, buzzing day and to all the team that helped pull this together.