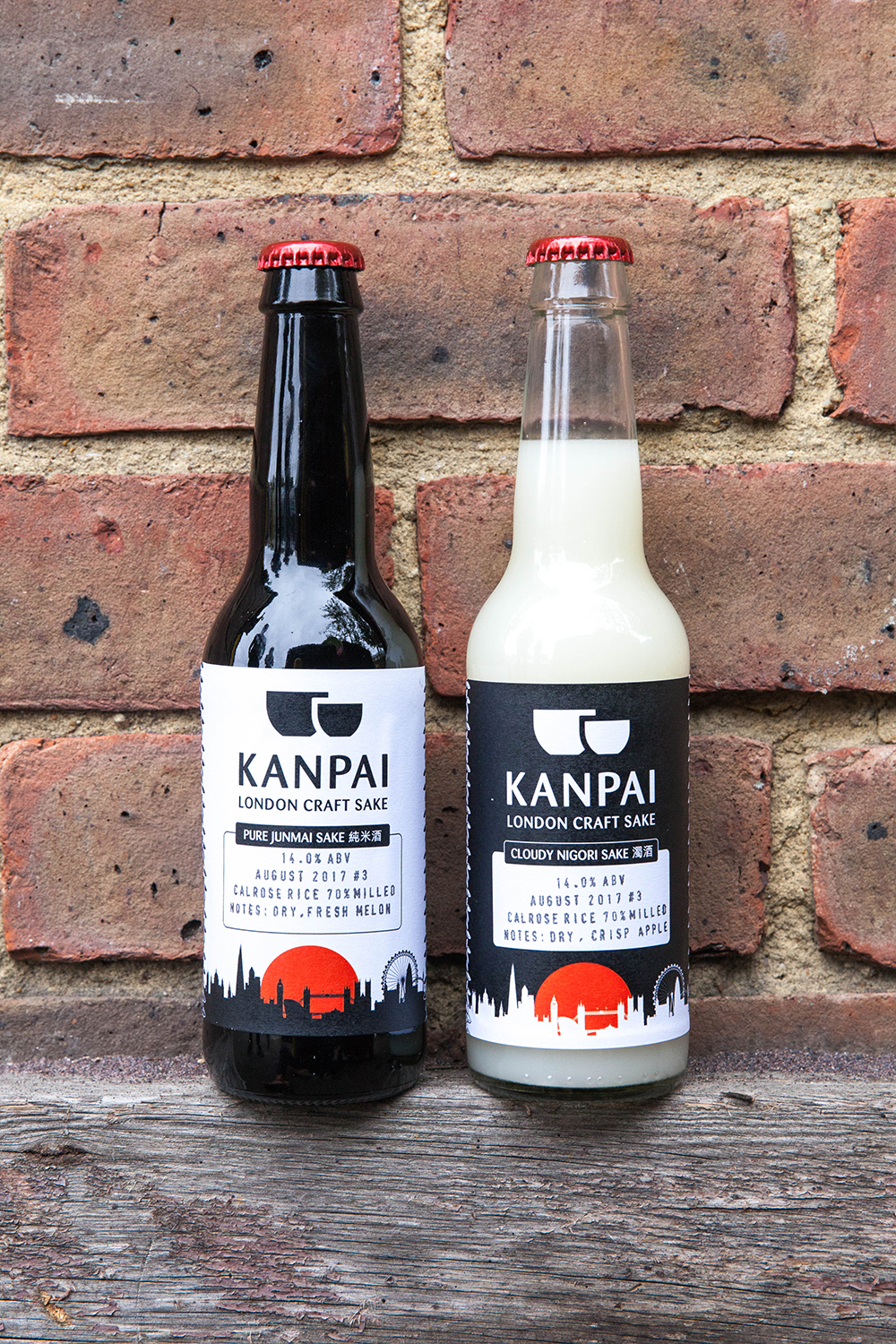 The UK’s first-ever Sake brewery Kanpai London, Kanpai- meaning ‘cheers’ in Japanese- has been on my radar since it first launched in 2017. So when an invite to the trade and press tasting of their limited ultra-premium Junmai Ginjo Sake hit my inbox, I leaped straight on the train to Peckham Rye…

I was chuffed to learn that founder Tom was born and raised here in Pompy-it’s always awesome to find a connection and, weirdly, it happens more often than not on my wine travels; both comforting and surreal. Leaving the city at the age of 18, inspired by New York’s food and drink scene after his parents emigrated, Tom turned his attention from home brewing beer to home brewing sake. 4 years later after meeting his lovely wife, co-founder Lucy, and much experimental sake-ness, the pair took their operation commercial setting up in the authentically creative yet gloriously crusty round the edges, ‘town’ of Peckham.

So, what do you know about Sake? Well, in the words of Tom & Lucy, it’s ‘brewed like a beer but should be enjoyed like a wine’ and this is spot-on advice. As a relatively new product to enter mainstream UK drinking trends, sake and it’s exotic packaging can seem like a mysterious and frankly baffling alcoholic drink choice for the newbie. So let me shed some light! Sake is a truly minimal intervention alcoholic product traditionally made from only 3 ingredients: rice, water, and koji (a microbe spore that produces enzymes to ferment the rice). There are over 1500 recognised styles of sake (!) but the beauty is the versatility of the product when it comes to food pairing. The amino acidity in sake creates a unique umami flavour and it’s acidic enough to stand up against fatty cured meats and aged cheeses, delicate enough to complement steamed vegetables, saline enough to be sensational with seafood and complex enough to enjoy with spicy curries…It even tastes sublime with dark chocolate or ice-cream. You literally can’t go wrong! Pairing sake with food is the most accessible way to begin your experimentation until you find your preferred style as you’re guaranteed a mouth-party every time.

Founders Tom and Lucy Wilson are truly pioneering, crafting modern ‘London Style’ sake using traditional Japanese techniques. There are no additives for stabilisation or longevity and no fining (to clarify the final product, making it crystal clear). Kanpai adds no sugar to kick start fermentation so the whole process can take around 45 days, in comparison to an average of 10 days for a primary winemaking fermentation. The final product is simply filtered through muslin and the only by-product of brewing sake is rice-lees, sometimes called sake kasu. Kanpai has several beer brewing collaborations, with By The Horns and Beavertown, and the sake kasu is used to kick start the brewing process for beers Samurai Session and Onna-Bugeisha. Being a zero-waste company, Lucy and Tom also use this product to make pickles for their supper club, marinade meats, make ice cream and even make soap!

Vegan, zero waste, pioneering, Brexit proof and goddamn delicious…Kanpai is definitely one to watch. So much so that I’ve invited them down to the Kings Street Tavern so we can all have a go! Join us for a night of sake and scoffs, with bite-sized flavour bombs paired with each of the 5 craft sakes on show. It’s gonna be a banger!

Written by Laura AKA The Southsea Wine Siren