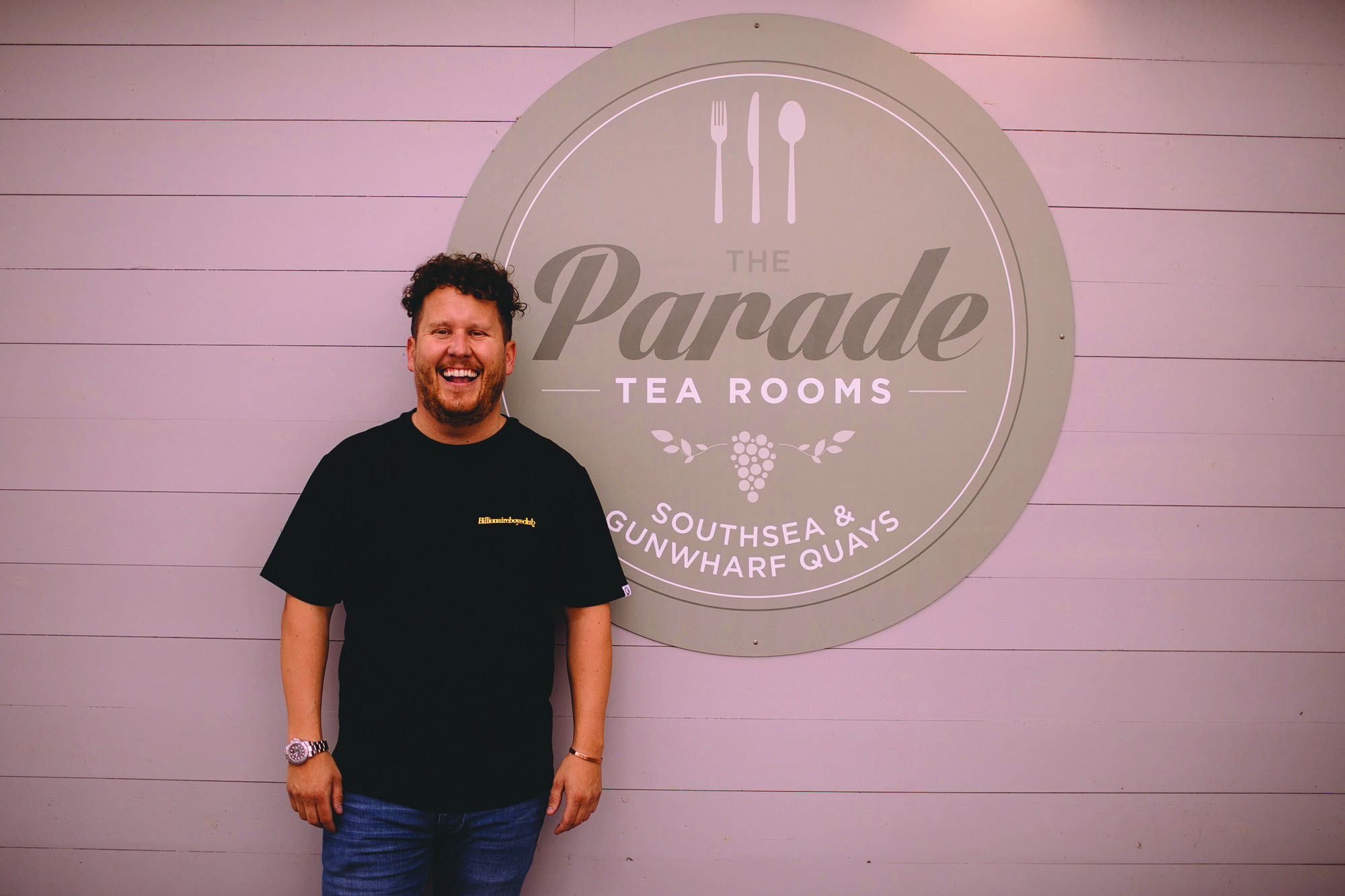 Having just come back from a bar that was once an old gents toilet, I popped into the Parade Tea Rooms for brunch and got chatting with the owner Mark Hogan. We were talking about how lots of people say 'oh meet you at the toilet blocks!' when in actual fact it wasn't a toilet block but an electrical substation. I thought it would be nice to do a feature about one of the busiest places in Southsea where sometimes there are queues of food-loving people waiting to get a table!

The location of this fab little place is as much a success as the restaurant itself. Sitting on Southsea Common on Western Parade it offers great views across the sea and on sunny days has a wonderful vibe where you can people watch; everyone having fun, playing football or riding bikes. There are not many seaside towns that boast such a beautiful open area as Southsea Common. It was levelled out in the early 1800s to be made into a pleasure ground and families and dog walkers have been enjoying it ever since. Many activities happen on the common so its great to have somewhere you can stop off for a bite to eat.

Mark, 33, bought this place in 2014 with no electricity, gas, water or sewage. So with just a shell, with huge holes in the floor and a very bright exterior, he most certainly had his work cut out. Nearly a year later it opened its doors and Mark hasn't looked back since! The Parade Tea Rooms has never had to advertise and that's such a good sign.

Starting catering college at 16 was largely due to Mark's best friend as he was going there and Mark just wanted to follow him. After being there a while he soon discovered that he thrived in this field and realised he wouldn't want to do anything else in life. Mark worked at the 36 on the Quay where he reminisces fondly of his time as a young chef. He says he learned so many skills and will never forget the experience he had while working there. He then went on to work in the Royal household across nearly all sites which must have been a fabulous experience for a young lad.

Having worked in a few places he finally got the push he needed to open his own premises. So much hard graft has gone into making this a venue people frequent. The layout has a country/French style with soft greens, creams and grey. Cushions and comfy seating means you can relax while you enjoy your food. What I like about eating here is it has so much for everyone, a great all-rounder. The cakes sit in the counter staring at you with about 20 on show at a time, so if you're a cake-lover you won't be disappointed.

The renovation was all self-funded and, although very stressful at the time, you can see from Mark's face he is proud he did it all himself. His wife Caroline helped with interiors and his father in law invested time in helping with the building work.

It's amazing to look at the mural that previously covered the building! Rachel Lyons, the artist, died aged 26 and as a tribute, Mark put up a plaque for her to always be remembered which was a lovely gesture I thought.

One of the dishes Mark loves is Jane's salad dedicated to an old customer who wanted a salad adapted for her. So I am thinking I may have to try that next time. What I love about this buzzing seaside eatery is that Mark is quite often front of house, helping people in the queue decide what to eat and guiding them to their seat. It's very rare you get to see the owner do that. Because of his genuine, honest nature, Mark always makes time for people. When I asked what inspires him he said the hard work his staff put in every single day. You can tell from spending a short amount of time with him that he's very loyal to his staff. He looks after them and there's obviously a great bond within the team. His head chef has been at the Parade Tea Rooms since the first day which speaks volumes.

Expansion plans have been mentioned, Mark could take his ideas and open another place close by but the location would have to be just right and fit in with all that he's achieved on Western Parade. When he isn't thinking about cakes and salads Mark likes to go skiing in the French Alps with his family and he's currently renovating his home in Old Portsmouth, which I have to say sounds so cool!

Having eaten there a few times my favourite drink is the hot chocolate with a slice of ginger cake or one of the specials which was a lamb stew last time. Actually, I don't have a favourite I just need to keep going back and make up my mind.

You can find out more about The Parade Tea Rooms here and remember the next time you go it wasn't a toilet… oh no! 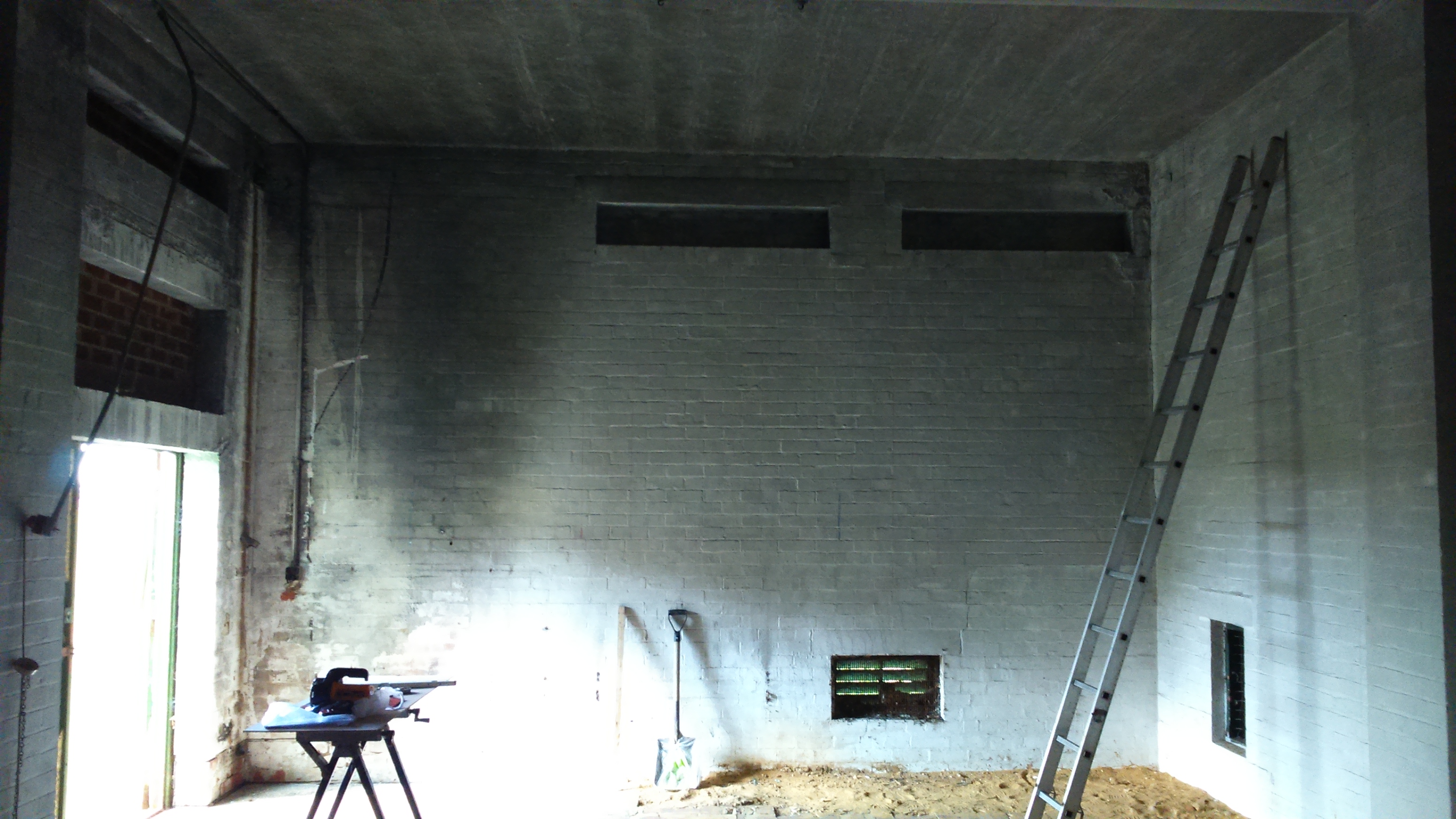 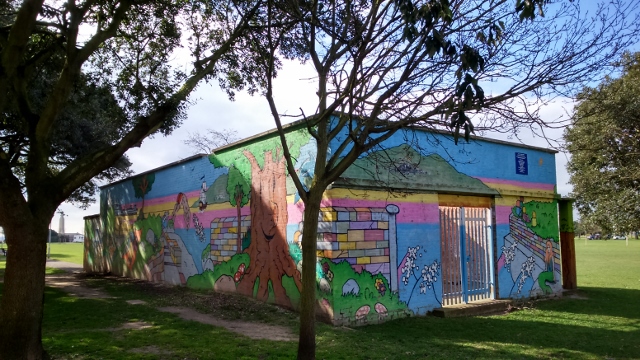 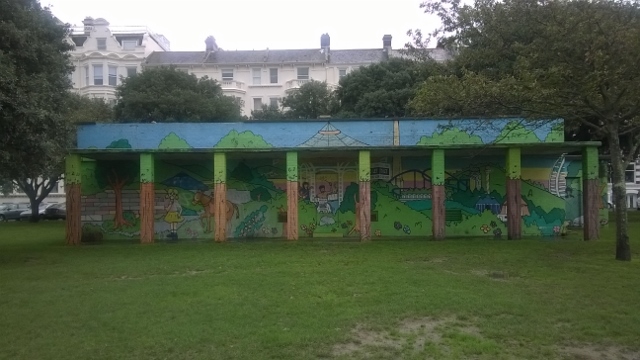 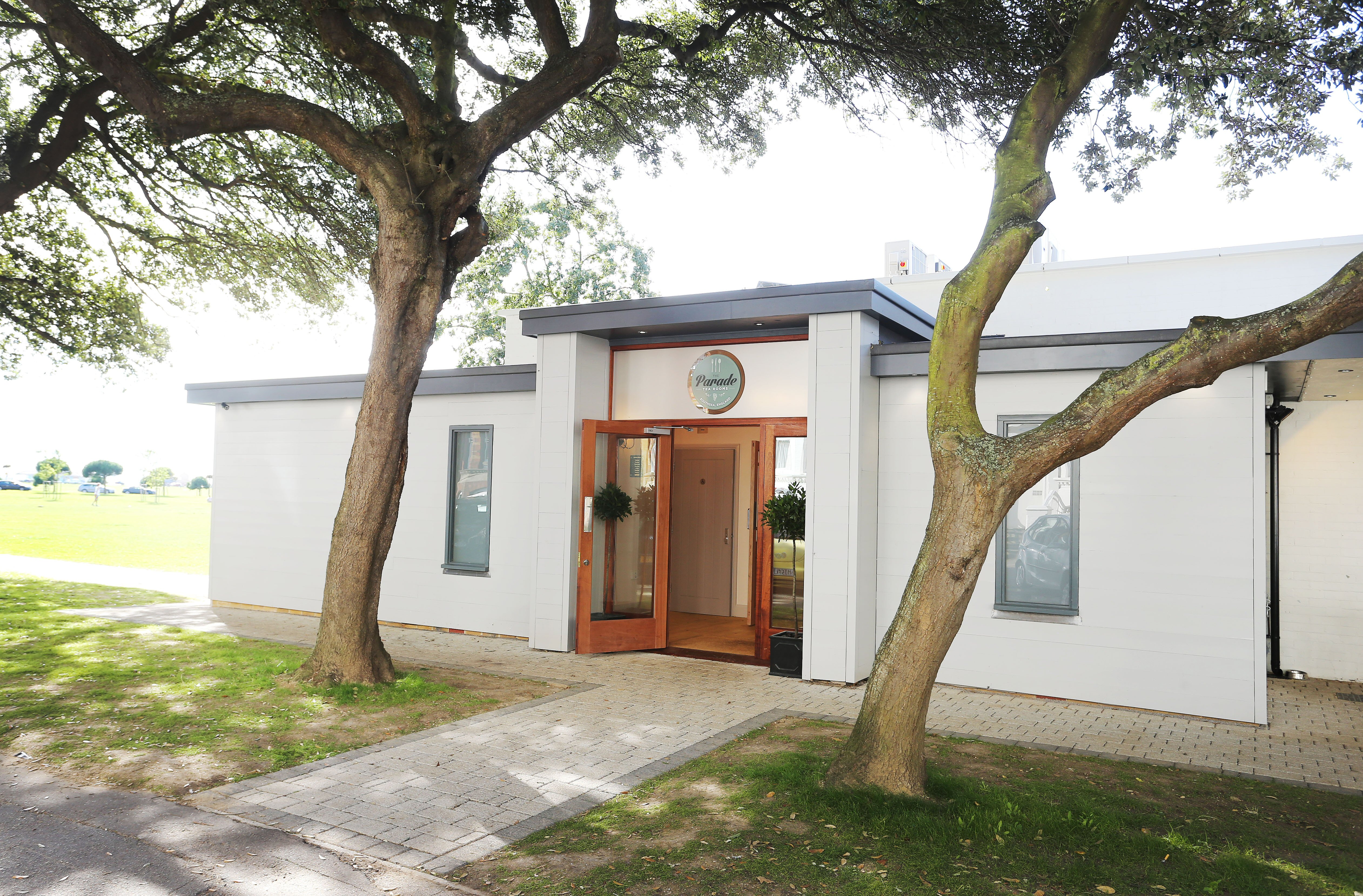 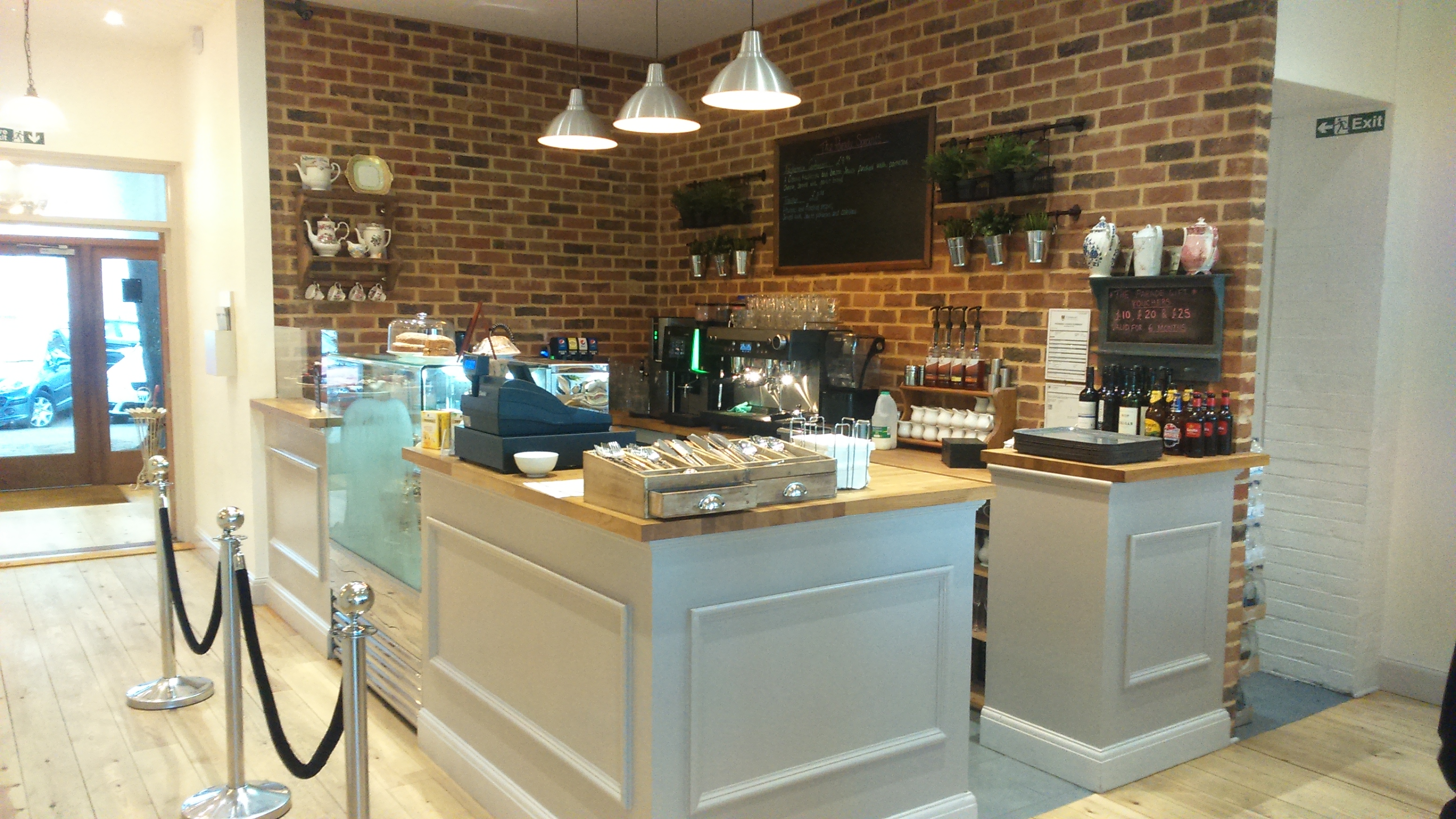