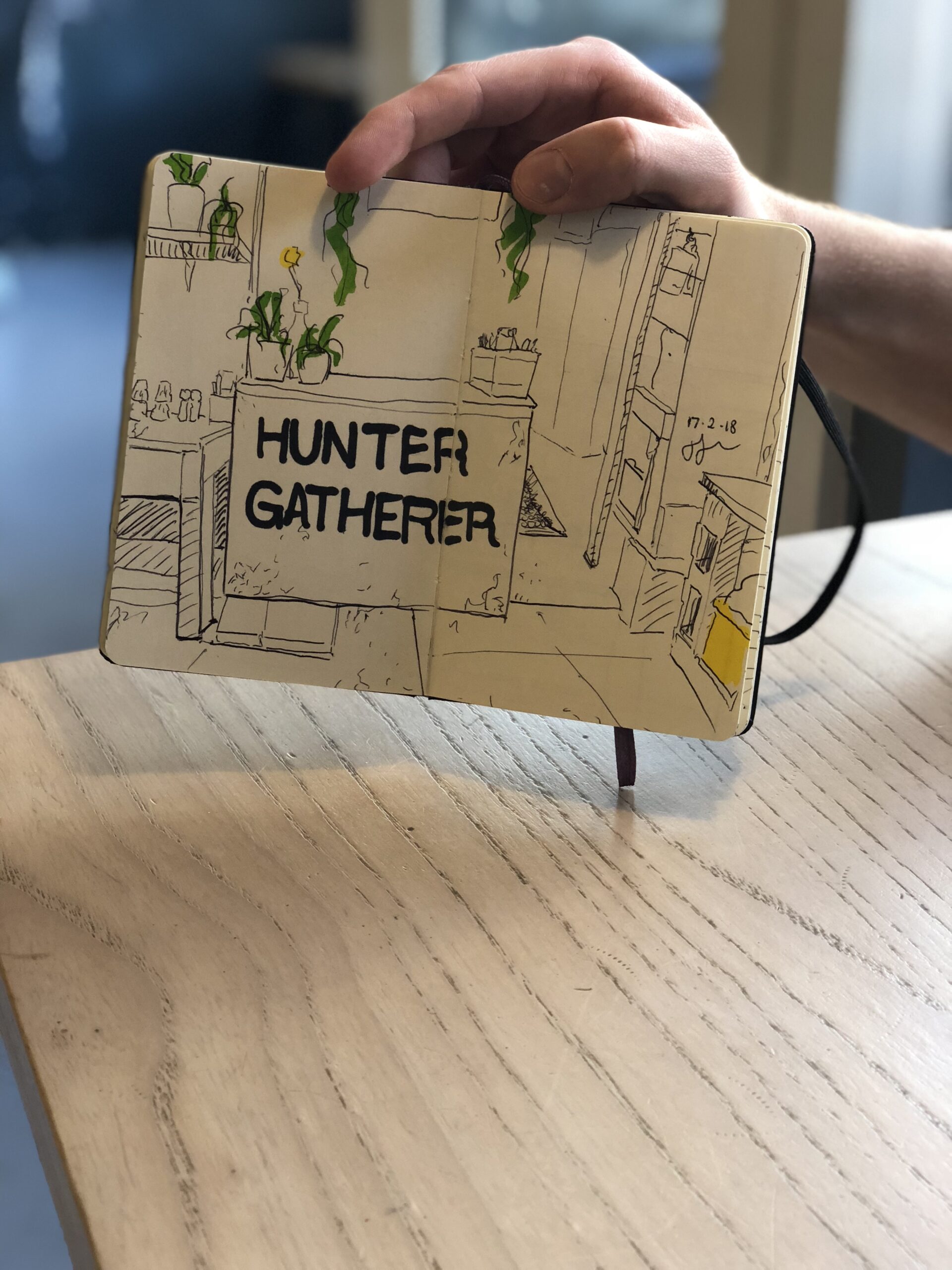 Setting up Southsea Folk we have had some rather cool followers and one that kept popping up was Joe Hart. Following his Instagram I could see a pattern emerging – all his sketches were buildings! I found myself waiting to see which urban place he was going to draw next. Loving sketches I felt drawn to his work and decided I had to meet him. 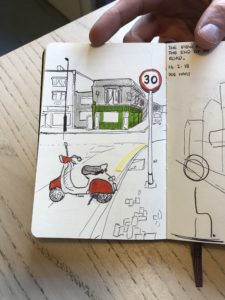 On a very sunny day in Bread Addiction, Joe talked about his passion for drawing. Spread out across the rustic table was all of his little sketchbooks. There is a distinctive style to his sketches which I love and I think he has a good approach to his art. Joe is 23 and studying Economics at Portsmouth University. Spending time here for the last 4 years all the way from Liverpool means he’s had time to enjoy the creative vibe happening in Southsea. “A very eclectic, vibrant place” is how Joe described this little town. Having parents as art teachers meant that Joe grew up in a creative household. Constantly drawing as a child he loved to spend hours surrounded by pencils and paper. Reaching a certain age Joe said he stopped drawing for a while but found inspiration from a close friend whose band had just been signed by a record label. It pushed Joe to think of his own creative skills and spend time away from the stresses of studying by reaching for his pens. 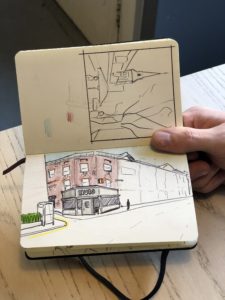 Filling his sketchbook has been a daily ritual since last October and has made Joe subsequently find a creative flow. Not only has it lead to an author wanting to use his sketching style for the front of a book but he has people asking him to do various illustrations for them. But why buildings? Well, Joe has always drawn people and he showed me a sketch of Kirk Douglas. However, he felt that moving out of his comfort zone into more of the unknown gave him drive. Well, I love the results and so do the owners of the business’s around Southsea and Portsmouth. The owner of Huis, the Belguim bar on Elm Grove said they love Joe’s sketch of their building so much that he can go in and have a free beer!

My favourite sketch so far is of Hunter Gatherer, I just love the little details in it. Colour being used ever so slightly makes the sketch stand out even more. Talking to Joe he said he would be interested in doing an exhibition of his work so it will be interesting to see that happen. His website is up and running (called The Ink) so he’s constantly updating his artwork into an online portfolio – a nice way for his followers to keep up to date with his style, focus and direction.

One interest of Joe’s is to set up an urban sketching group perhaps based around weekly themes like coffee shops, the coolest bars, which could be grouped together with a hashtag like #southseascribblers. This would create a new wave of artistic interest on social media. If anyone is interested in setting something up with Joe then please contact him either through his Instagram account @joehart.one or through his website.

Honestly, it was such a pleasure to meet Joe, I see great things from him in the future! We exchanged art programmes to watch which was great. He is definitely one to watch!