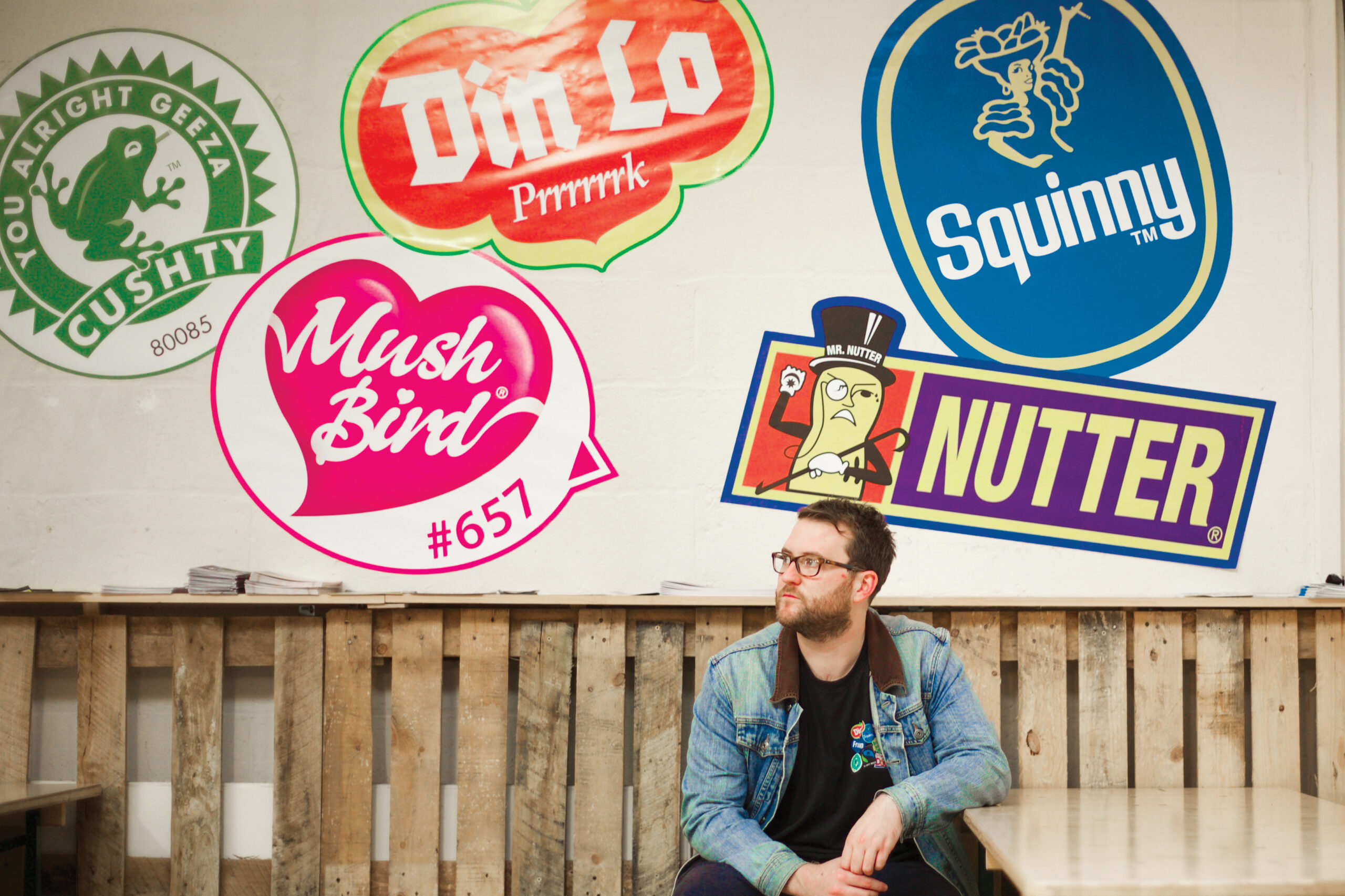 George Bodkin from Pompey Banana Club has worked really hard for the past 12 months to create even more than his fabulous fruit stickers that were an absolute hit from the first time he stuck them out on lampposts in Portsmouth. Using words ‘dinlo’, ‘squinny’, ‘shant’ and the famous Del Boy saying, ‘cushty’, was the start of his journey. Sitting one Friday night George came up with the idea of using famous fruit brand graphics like Del Monte and switching to a local word that many people say all the time. The response on social media proved he was on to something. He then went on to create a wonderful colourful backdrop at the Outside In building and this is where I met him one Autumnal Saturday morning. He was selling prints and t-shirts as well as the stickers he had made, standing in front of the iconic wall. I knew I wanted him to do the front cover for Southsea Folk. The colours and local slang really resonated with me because back home in South Yorkshire there was proof of how much people loved feeling proud of their roots by purchasing local slang products. I always love how the Arctic Monkeys have a song called ‘Mardy Bum’ that uses the phrase ‘got the face on’ which is such a Yorkshire thing to say and yet, travel to other places and people would not understand what it means! Using local slang that has been around for generations is heart-warming and makes you feel you know you are home 🙂  Did you know that the word ‘geezer’ came from Portsmouth? As did ‘cushty’? Lots of people up and down the country would never know that! So, to see what George has created felt inspiring and I had a hunch it was going to resonate with lots of local Pompey people.

Working hard by day as a Graphic Designer on great projects and some famous drink cans has stood George in good stead for what he wanted to achieve from his sideline PBC. First of all he moved from his rented space in the city into a creative space in the Bear Metal Studios on Highland Road. This was the start of an inspiring partnership as Fark had already moved there in the Spring of 2019 and having creativity together in a working space is always going to lead to some top collaborations! The next thing George did was start working on a product range that he could expand on from the stickers. He had seen what people had been excited about, what they had bought and worked on enhancing that. One of the collaborations was with Southsea Folk and I love the tote bags we created together. The quality was top-notch provided by Seadog Studio!

From creating a colourful bright skyline at the light show last winter with Portsmouth Creates to where we are now; seeing George sell his new range of tables, wall art and collaborations with Fark on certain products has been a great success. The tell-tale signs of that success came from the Portsmouth Creates market, where George had a chance to highlight his latest work. The window on the high street really made the new Pompey Banana Club product range shine and seeing people walk out with his wall art tucked under their arms means that he has hit on to something special.

What's next from George? Well, lookout for more fruit stickers, more design ideas and certainly a chance to buy your loved ones something for Christmas! 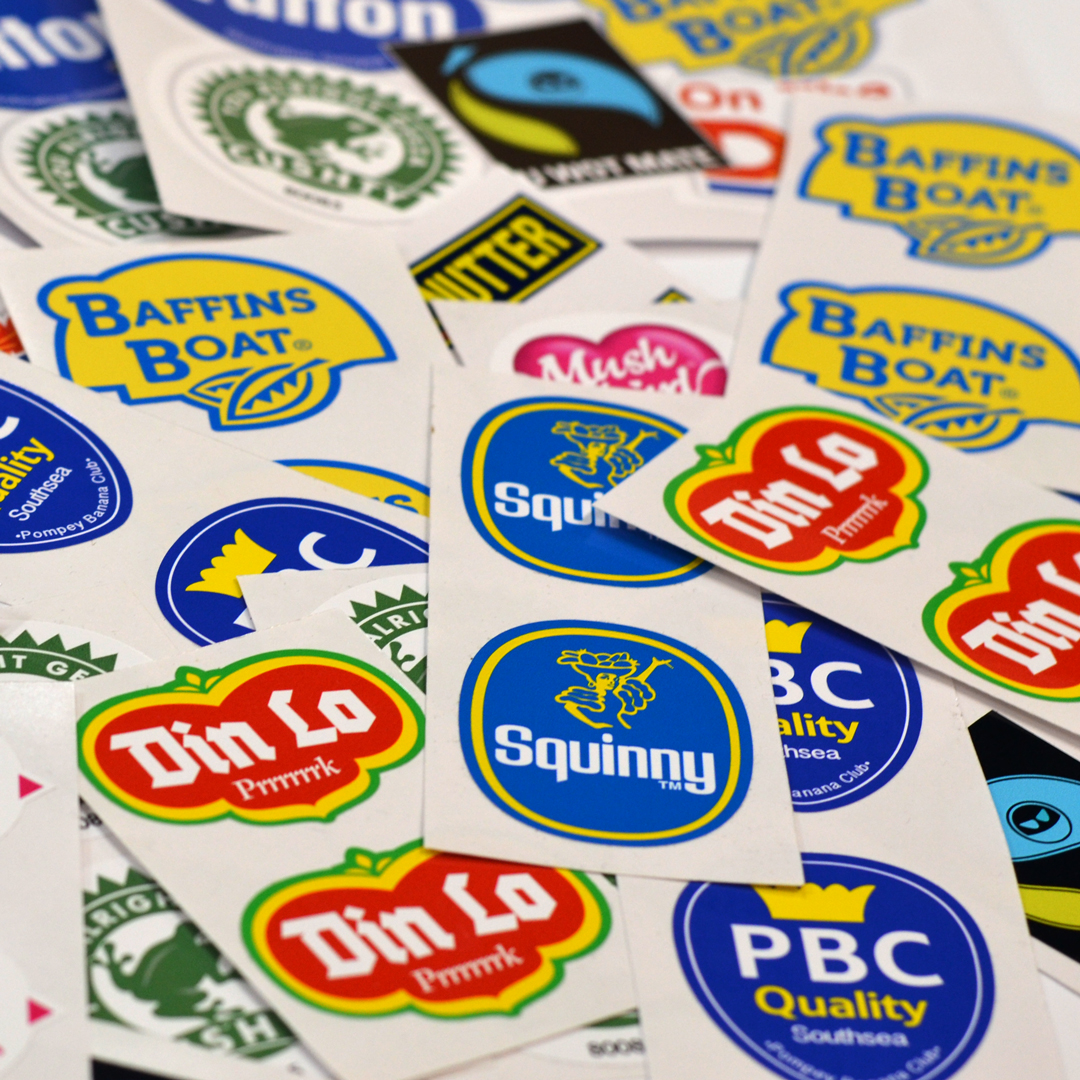 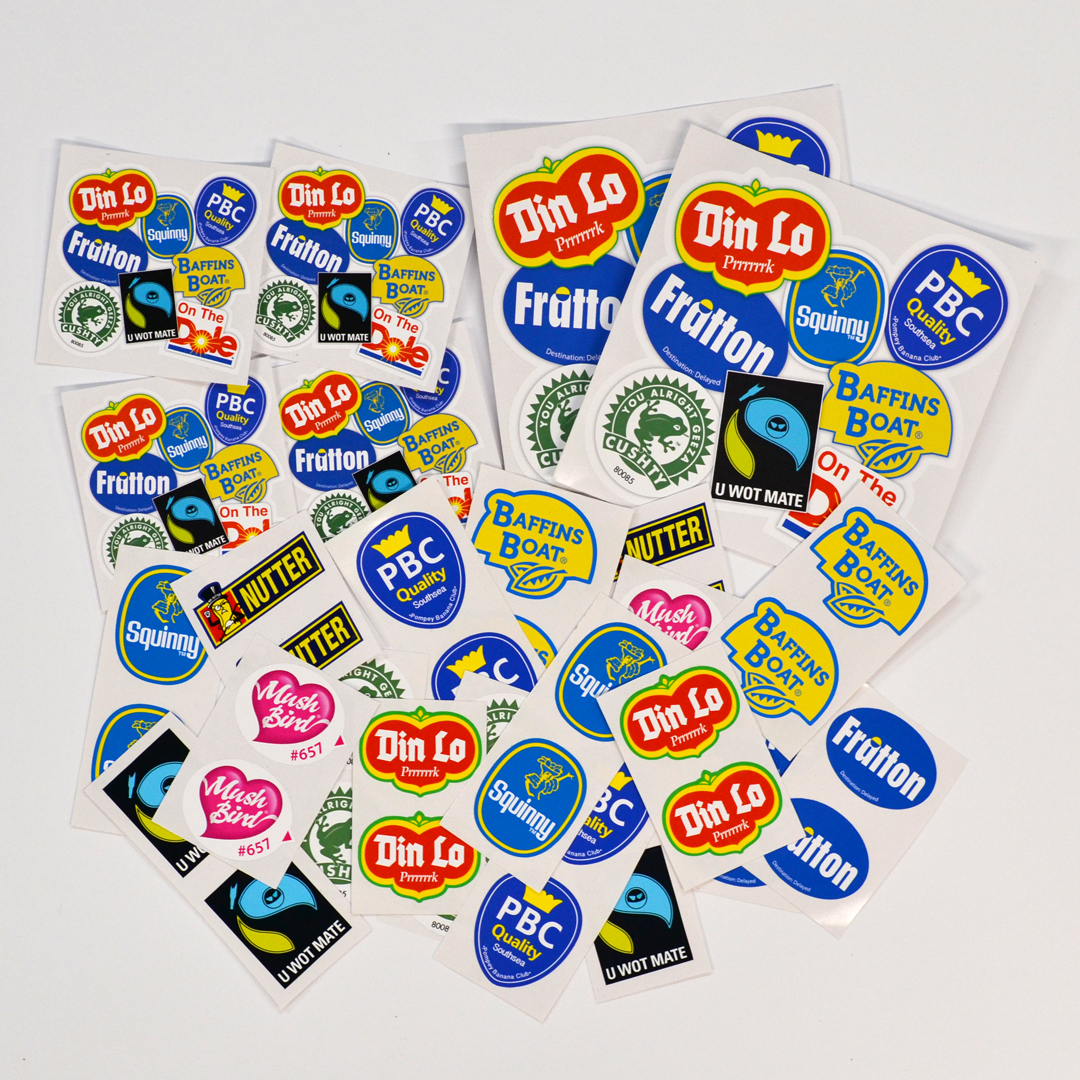 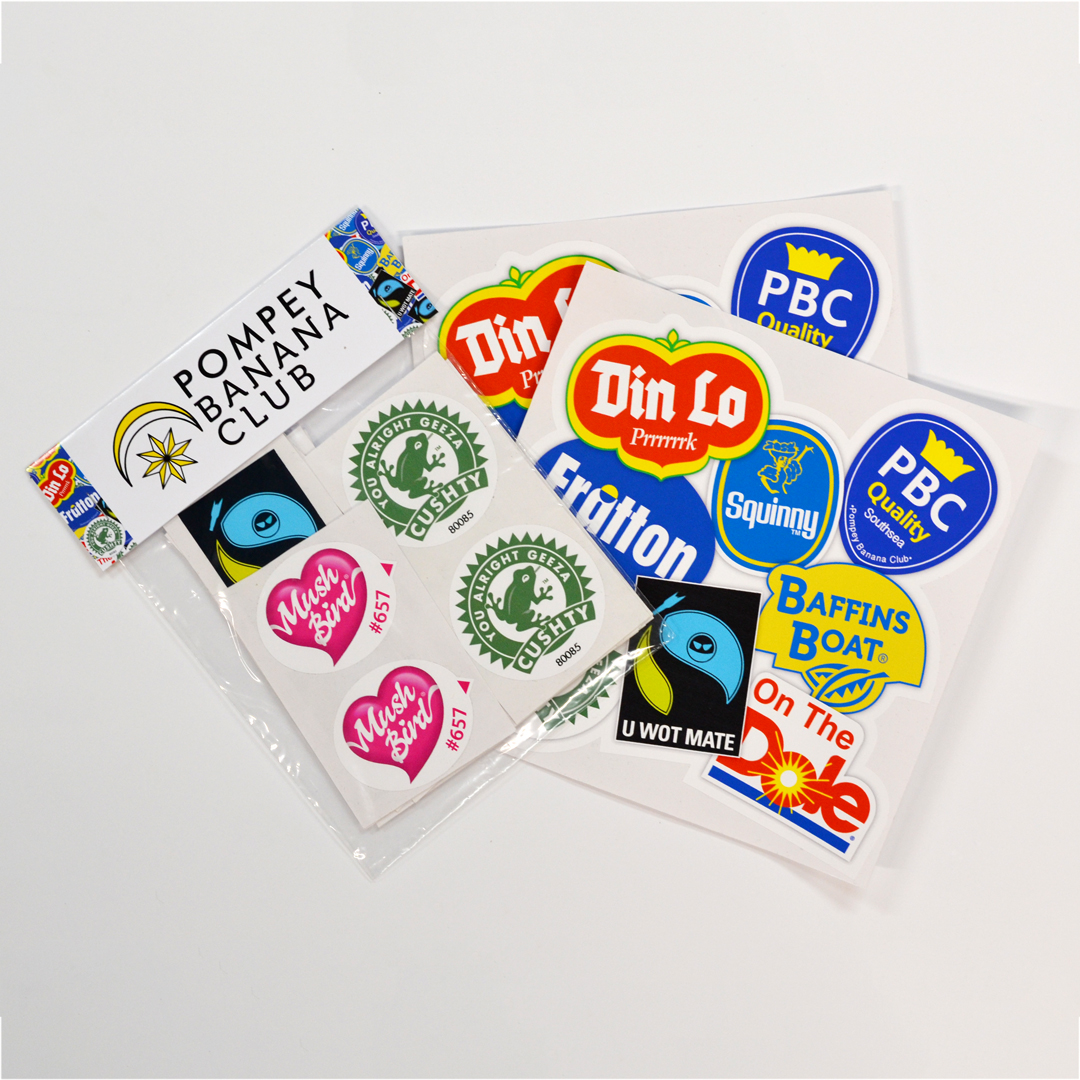 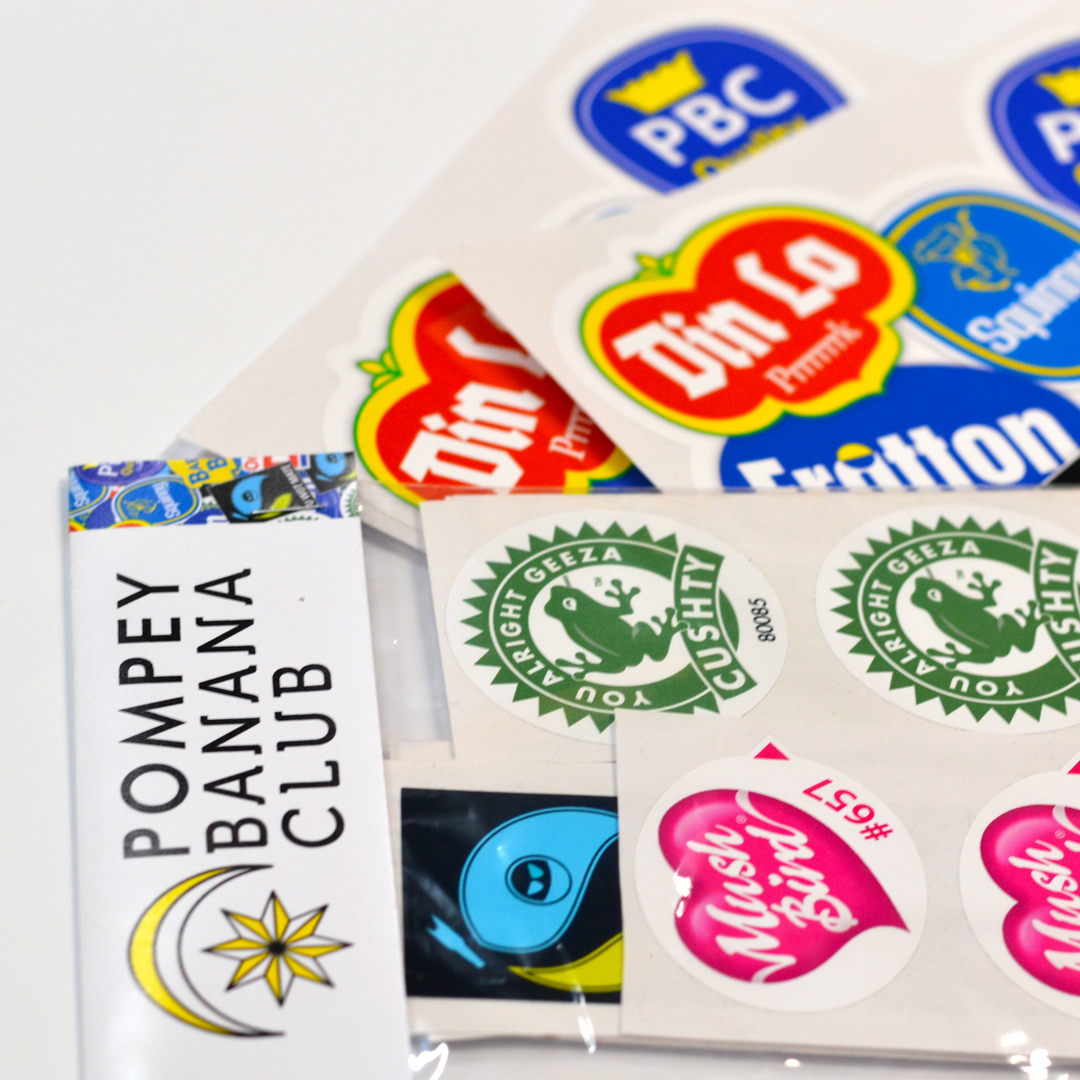 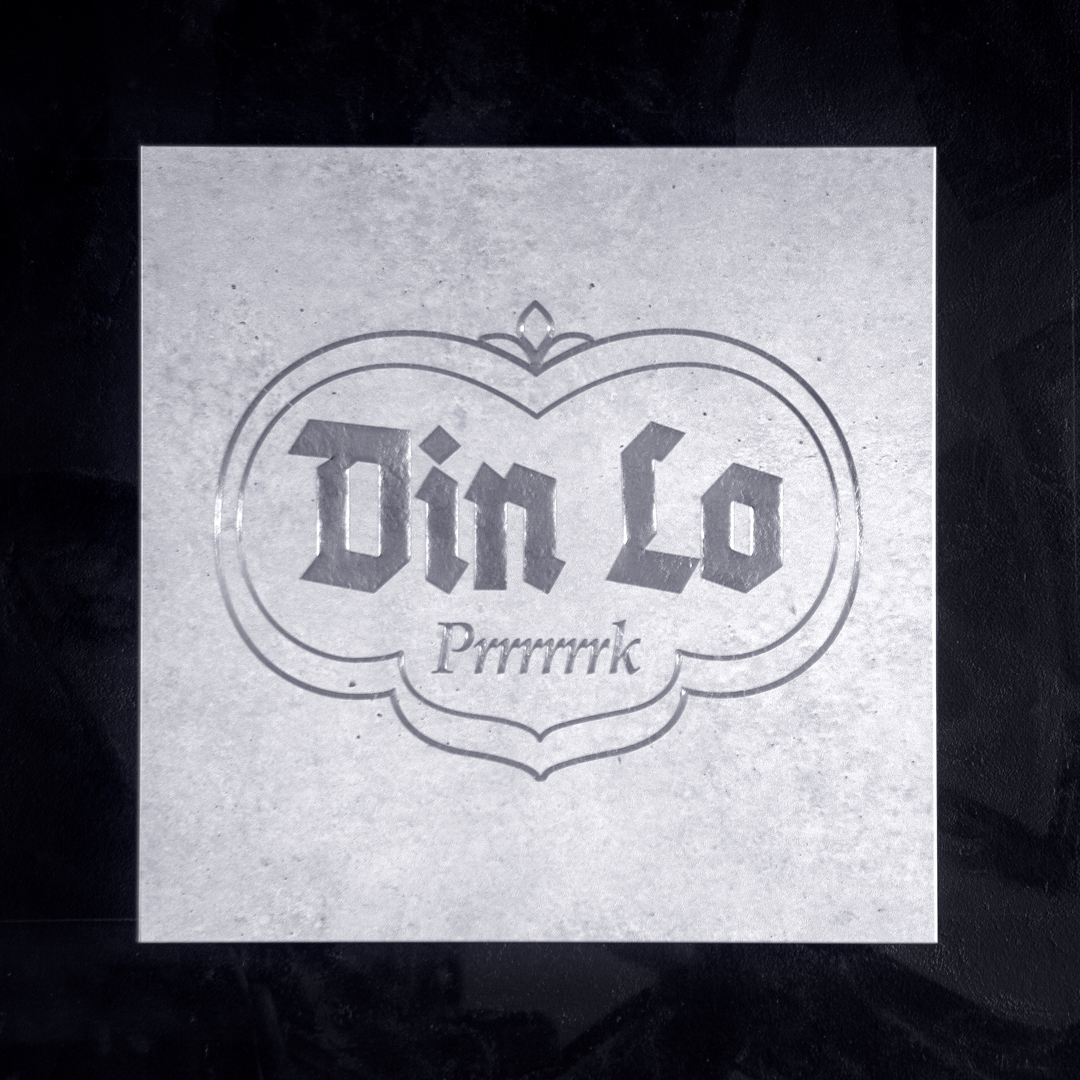 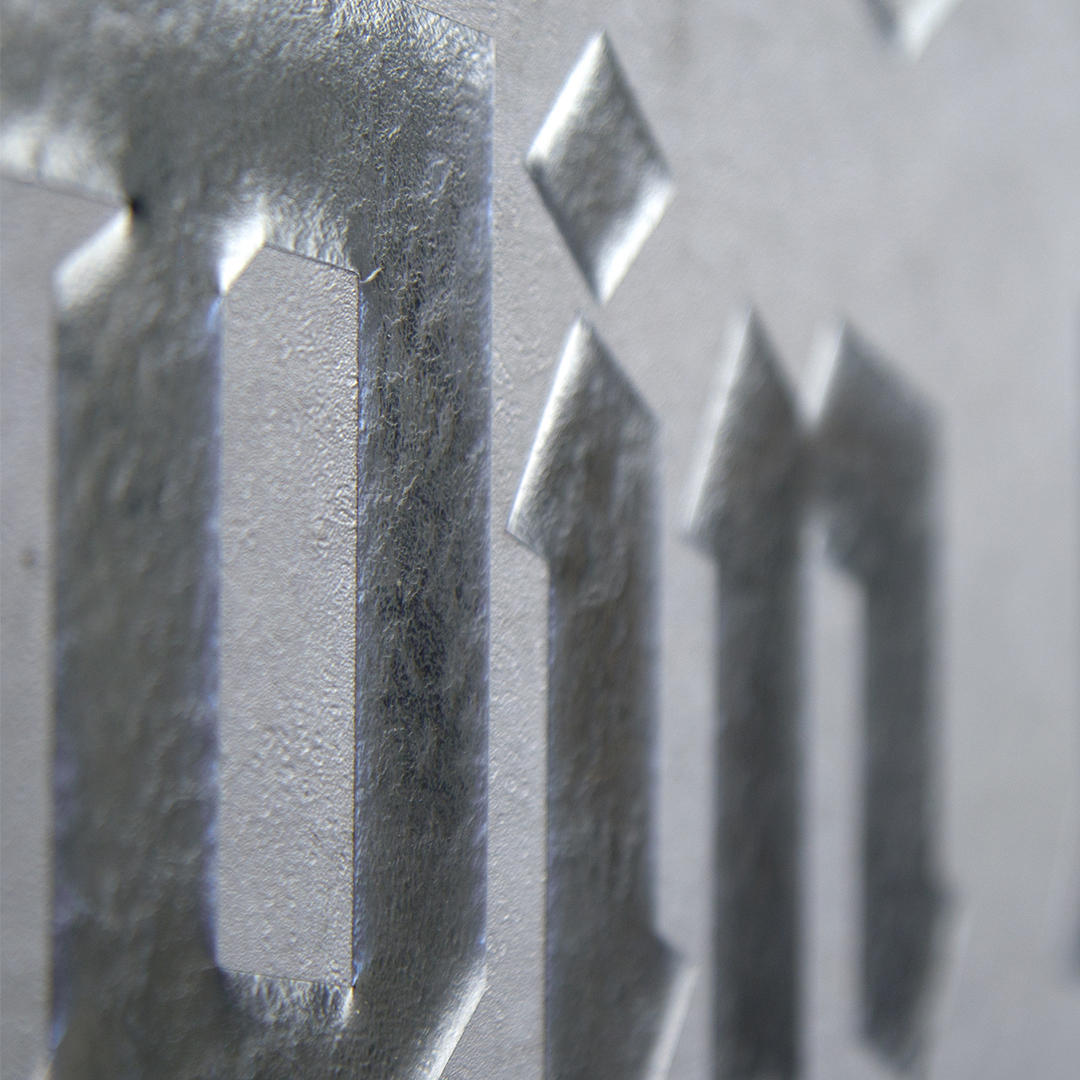 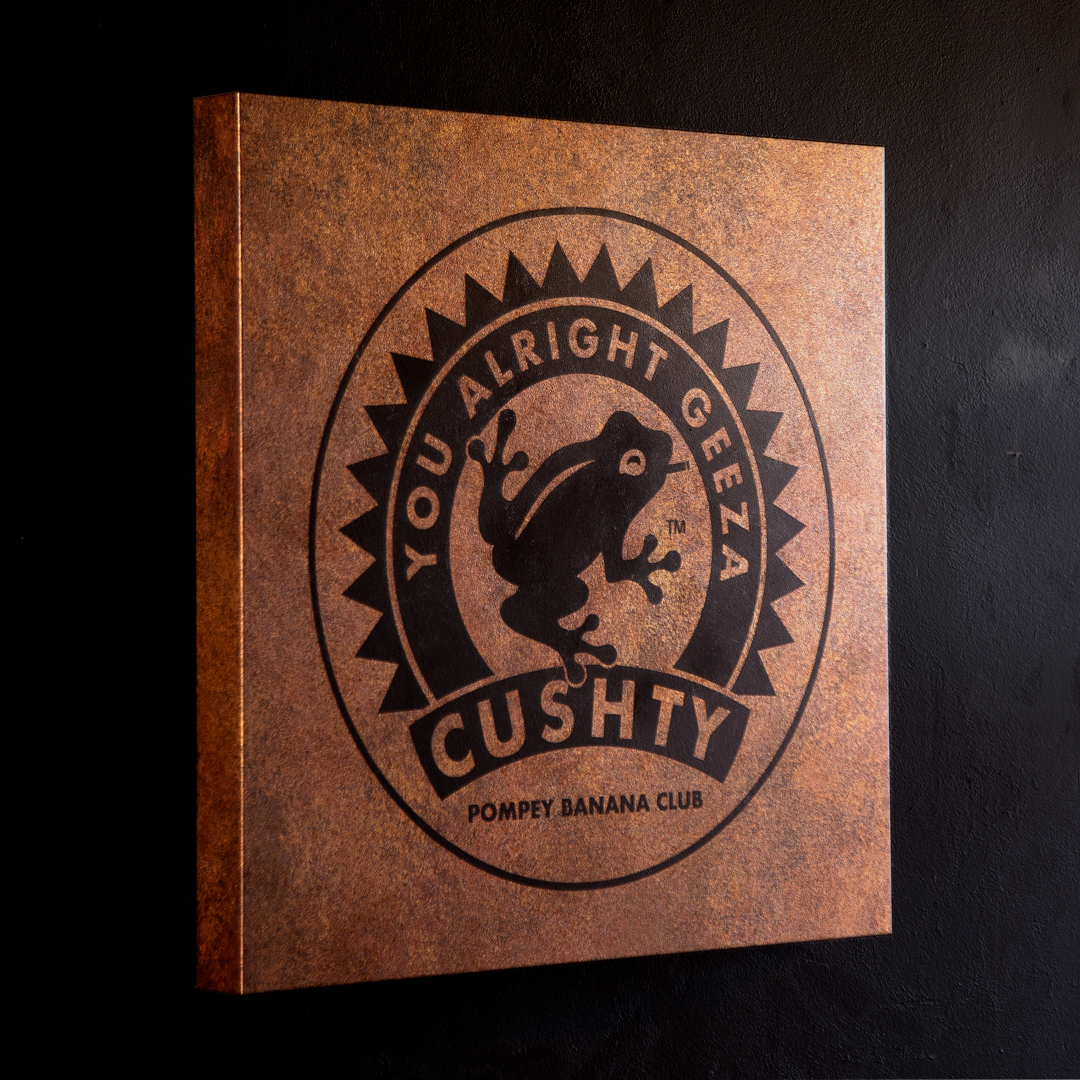 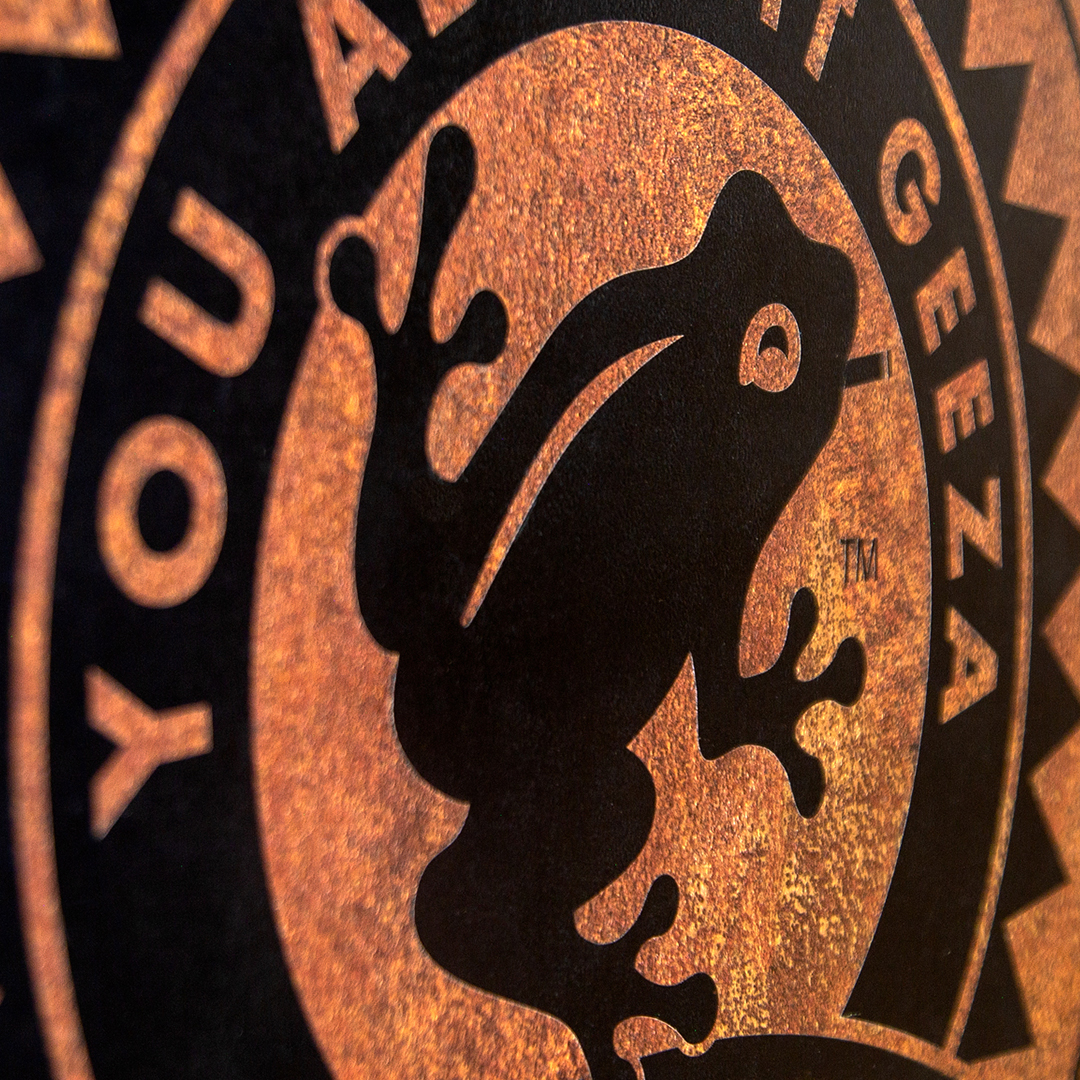 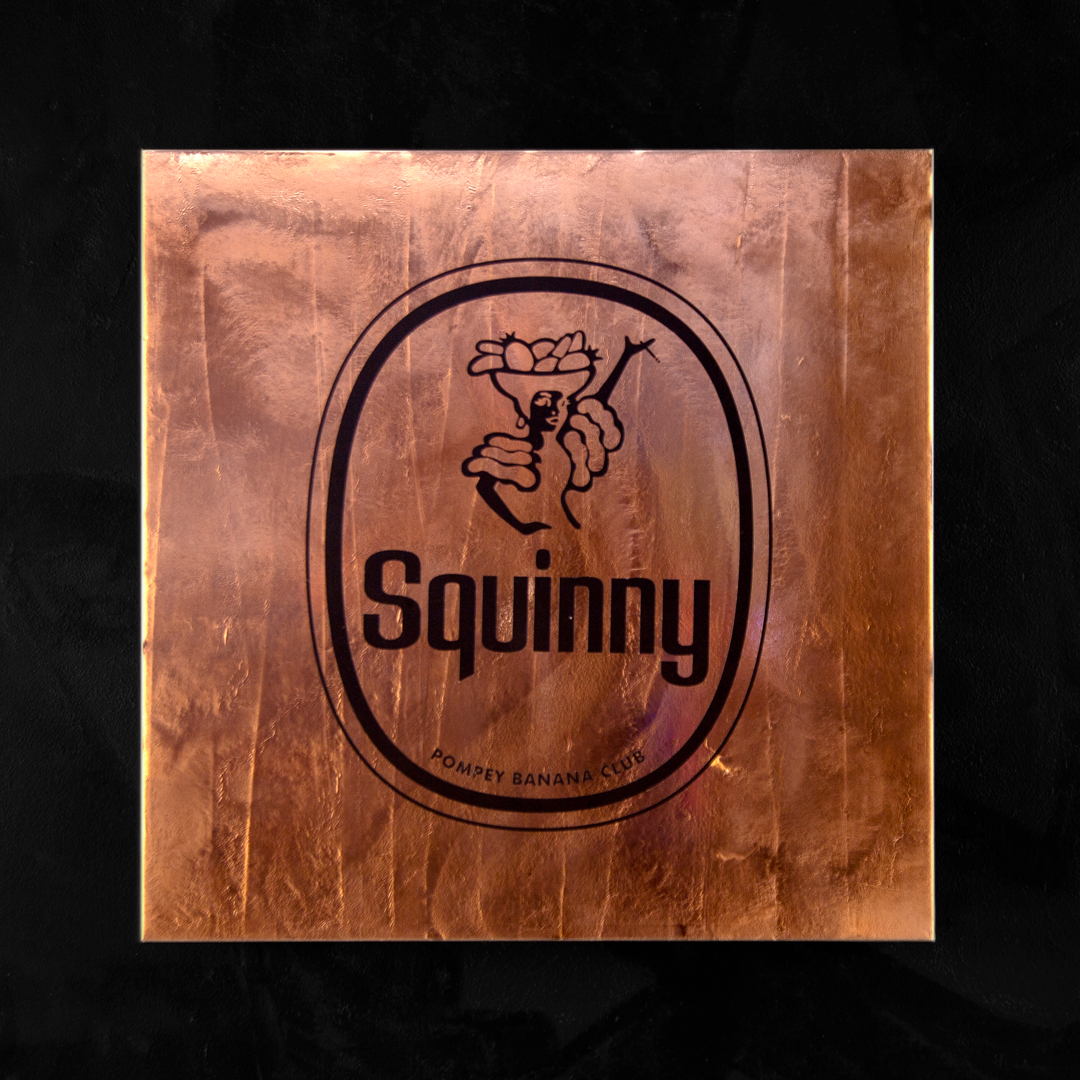 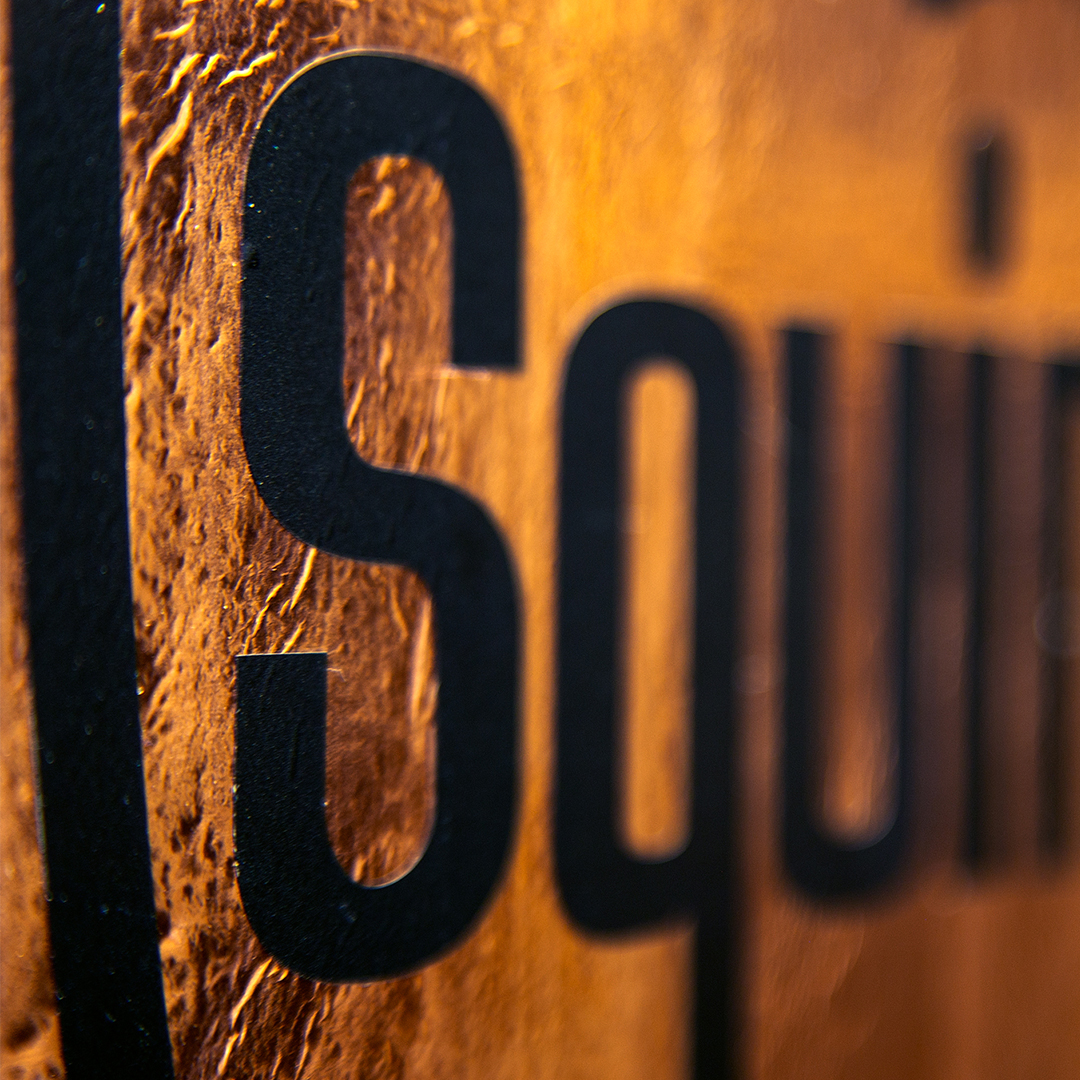 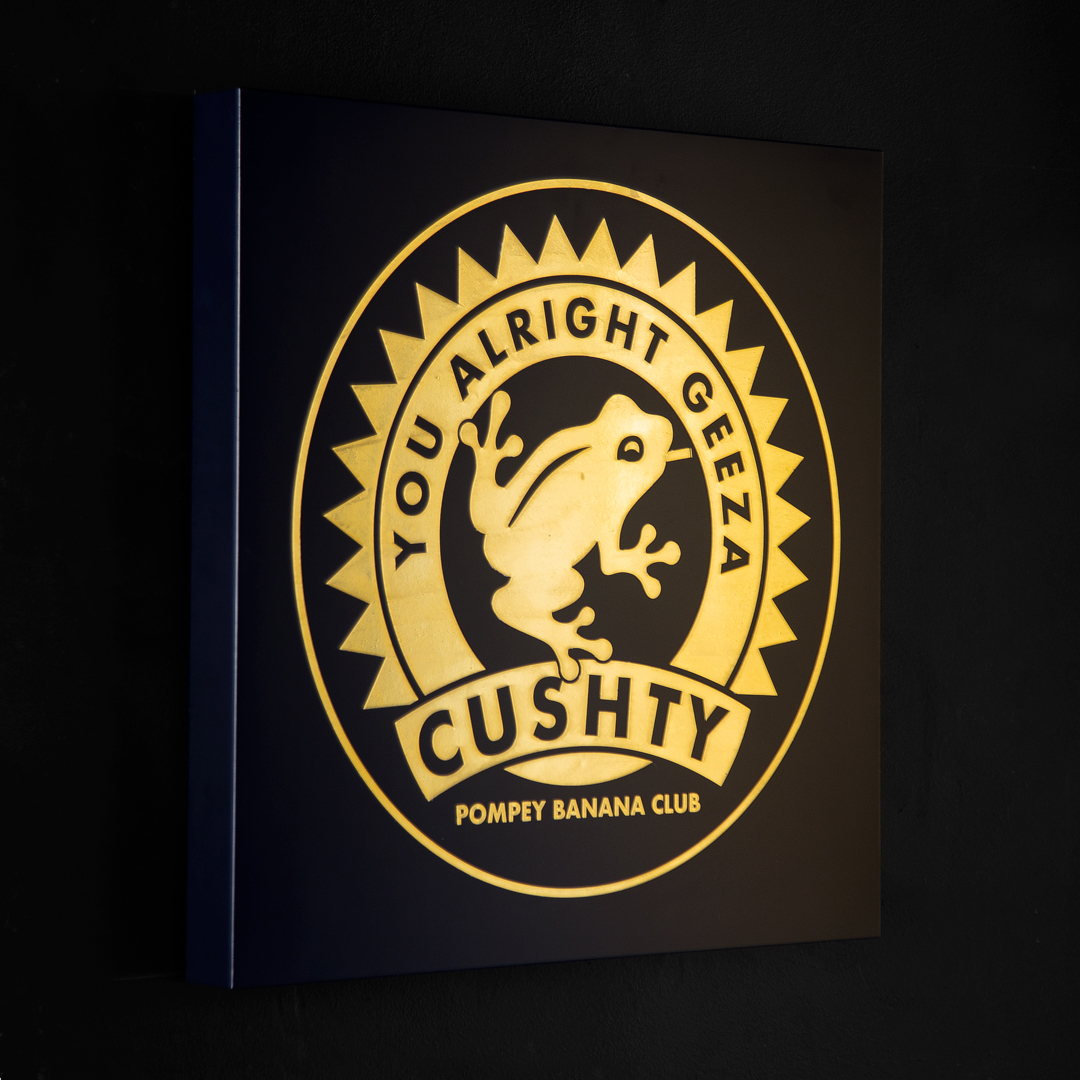 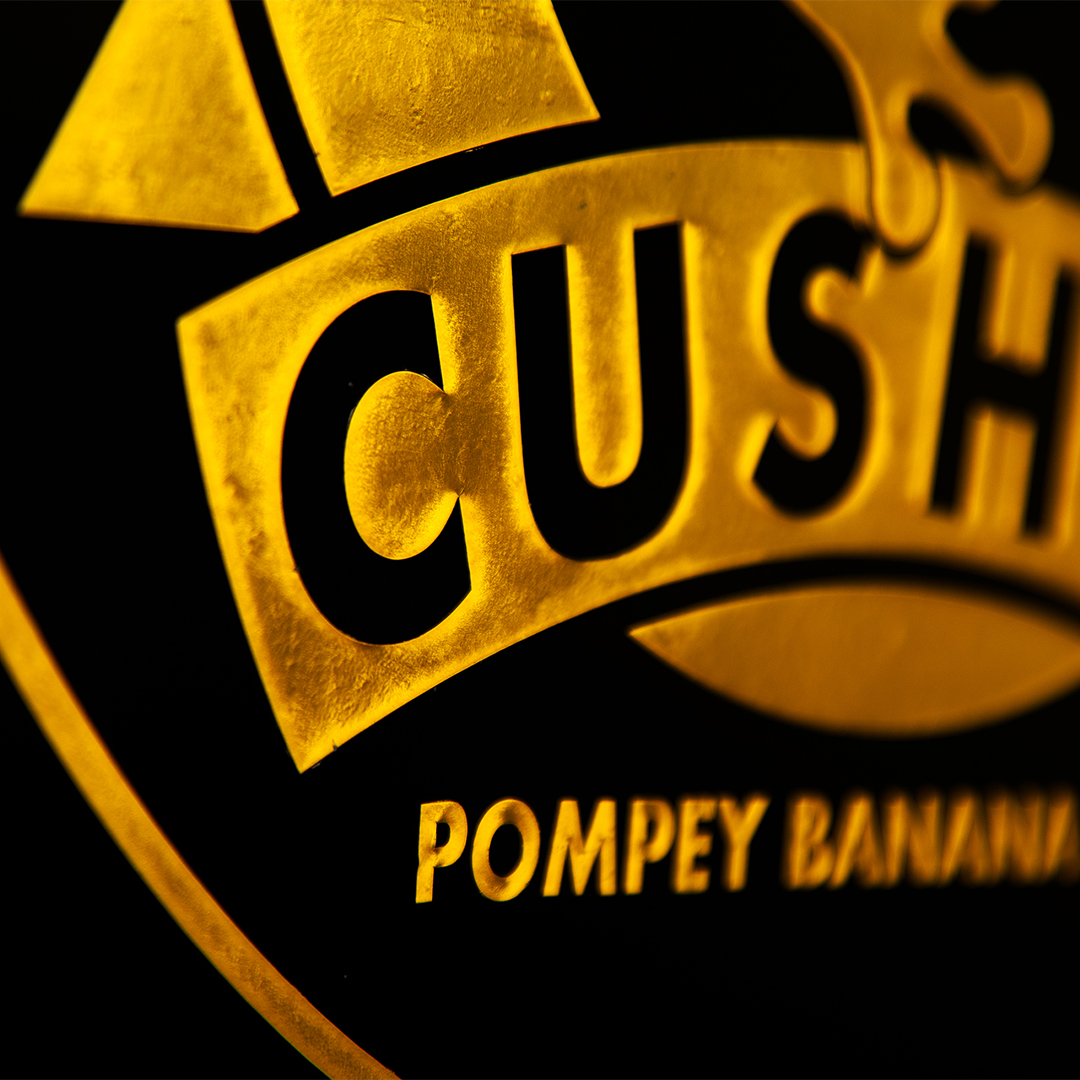 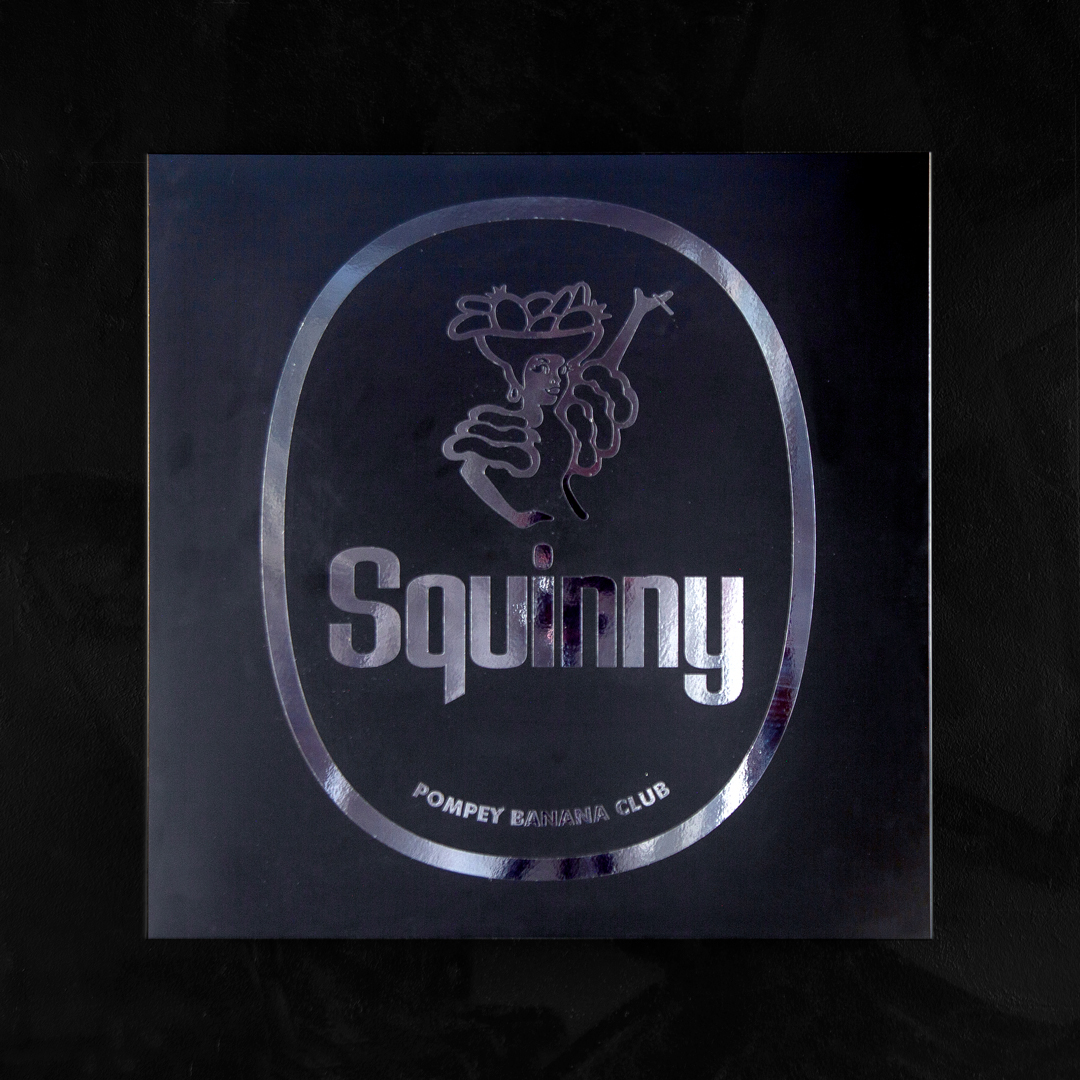