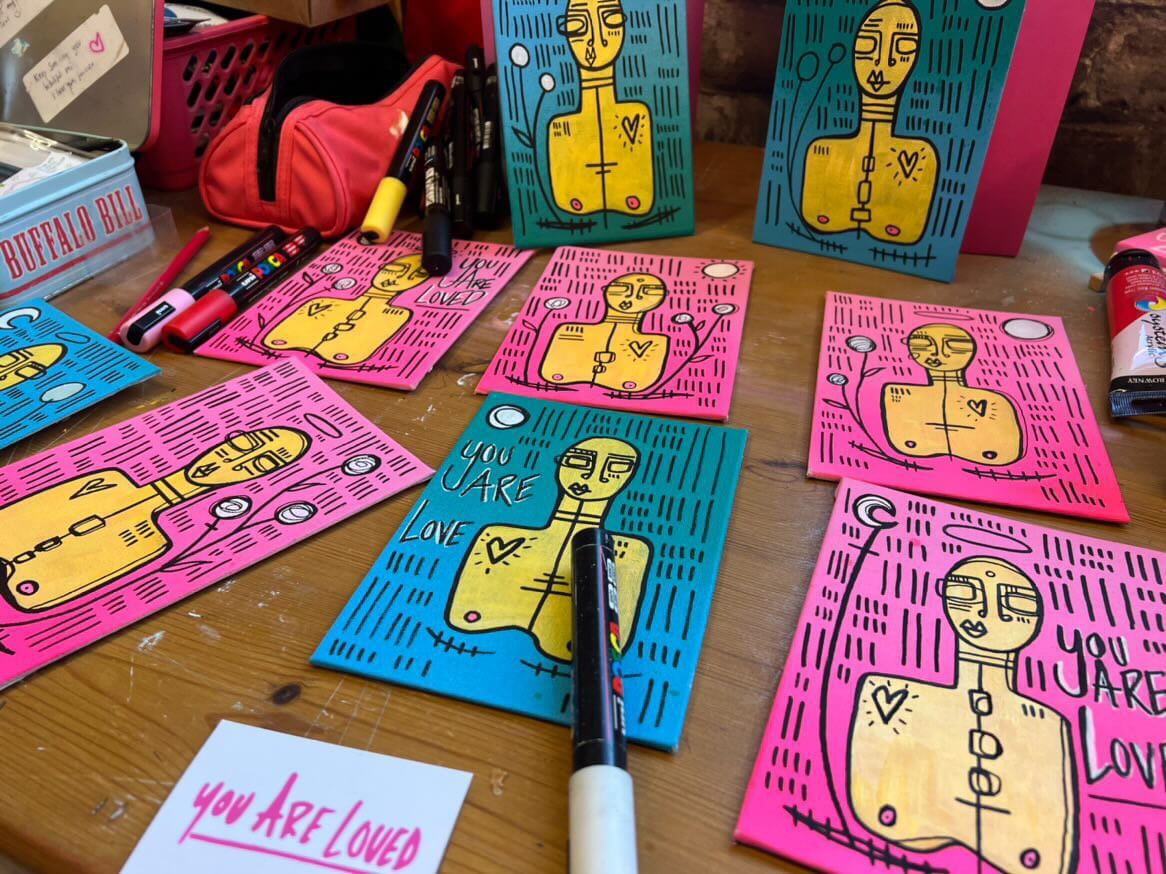 This wknd, Samo is opening his new studio to the public to showcase artwork and pieces to buy, as well as share the space he works in and embraces privately. Chatting to him over coffee, he said “I want people to come and see what my working studio is like and understand where my creativity flows, where all the ideas come from with my art." Getting a chance to witness the creative process that Samo follows from his concept ideas to bringing his projects and work alive is a rare one as seen by My Dog Sighs, because apart from swinging open his doors above the Wedgewood Rooms this last wknd, he last opened his studio to fans 3 years ago!

Samo has developed his Street Art over the last 2 years and has such a distinctive style that you recognise his work instantly, as his. Talking about the journey he has been on he said that he had spinal surgery that went wrong and meant it left him bed-bound but also in a considerable amount of pain. Trying to deal with healing his body through meditation and healing techniques, led to a discovery. Samo had a real urge to draw and sketch and the result was really empowering sketches of himself and of others. Being a trans person that has had a personal journey, he felt that documenting his feelings through his art was needed and channelled which led to the cool style we recognise today. His art became therapy for himself to understand the path he felt drawn to take and heal himself from the physical and emotional pain the past had given him.

Experiencing Reiki through his recovery, Samo was left seeing colours and pink was one colour he saw the most. Because of this, he decided to use pink as the main focus in his paintings and murals. The colour yellow was a distinctive colour he saw while healing from his injuries. It represents high energy that is associated with the Solar Plexus chakra and is supposed to represent our lives, where we live our one authentic self. Samo said that using these two colours, pink and yellow depicts his journey and story. Pink represents love and being loved, and yellow offers the feeling of warmth and high energy. Using this perfect colour combination gives a visual statement from the artist which represents him, his message, and his journey.

Having grasped his art style and where it all came from was the start, then trying to get other people to value that and understand the trans man that he is, organically materialised into the next step for Samo. There is literally only a handful of trans street artists in the world and Samo is one of them which shows a powerful message. Sharing his art, educating the community on trans awareness and just being able to talk about it while inspiring others is something that Samo feels strongly about. Working on his huge project ‘I Exist’ book was a real process of being able to help others that might feel vulnerable and not understood in society. Helping them find peace and feel more confident in themselves while going through their personal journey has been a huge goal for Samo.

From writing and creating his book to then holding an exhibition in his hometown, Portsmouth, has proven to be an eventful and exciting year for the artist. Being invited to paint in New York beside pioneers of Street Art by sharing his work and spreading the word on trans awareness has been a huge thing to get ticked off the bucket list. Samo said that after having such a crazy time travelling and working on large projects it is really nice to just come back and take time to recharge and refocus in his studio. Fans of his work will remember the huge mural painted at Cheltenham Paint Festival earlier this year and the positive response it received.

Talking of his work available at the studio this wknd, Samo said that he wants his art to be accessible for all and so there will be items for sale at reasonable prices as well as larger pieces he has created. You can go visit the artist this wknd and his studio resides just beside Baffled Coffee on Fawcett Road. The actual studio is on Manners Lane and there will be plenty of signage to guide you there! Opening from 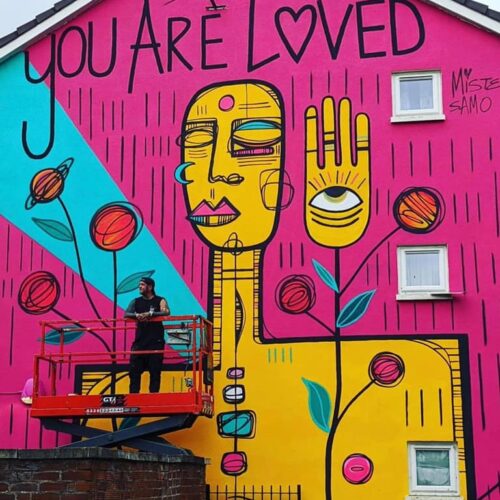 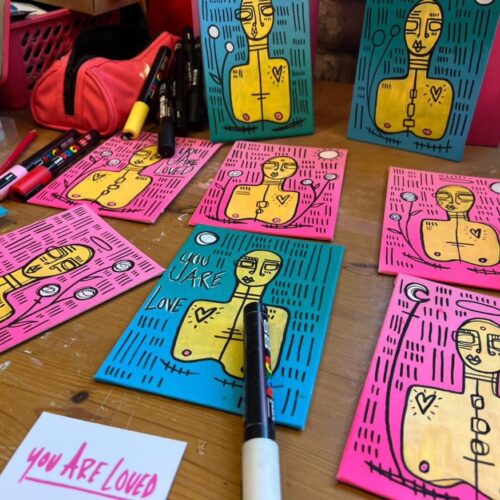 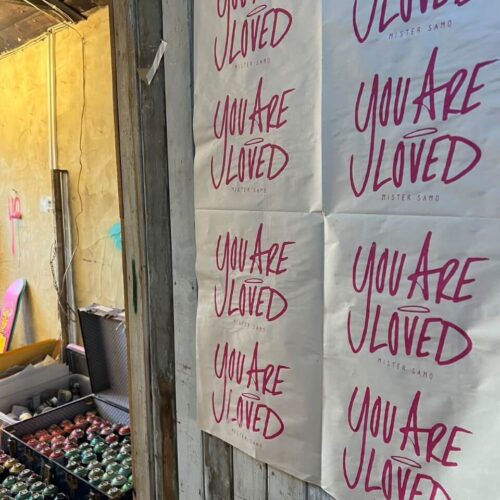 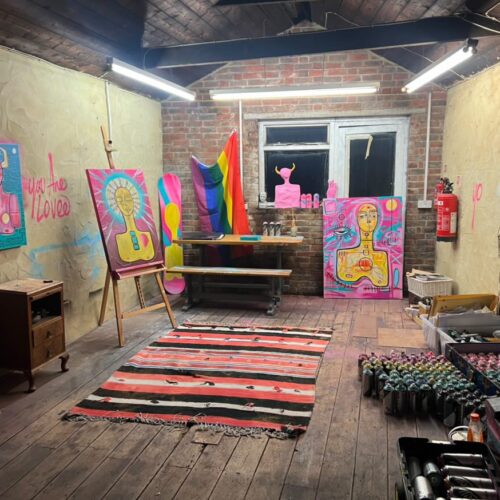 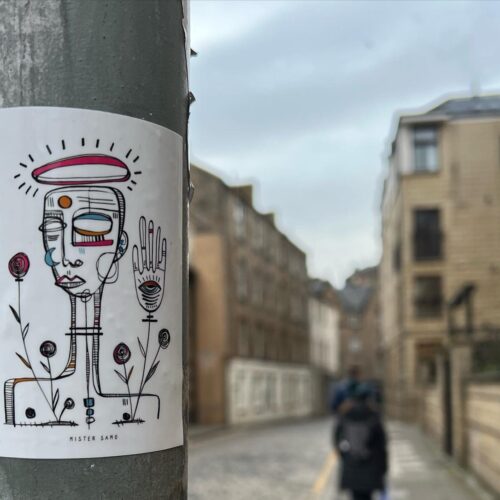 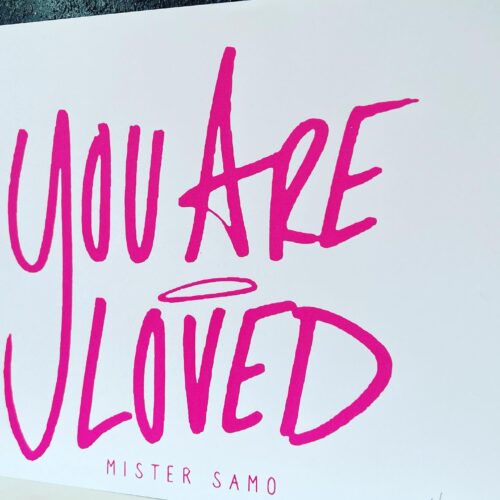 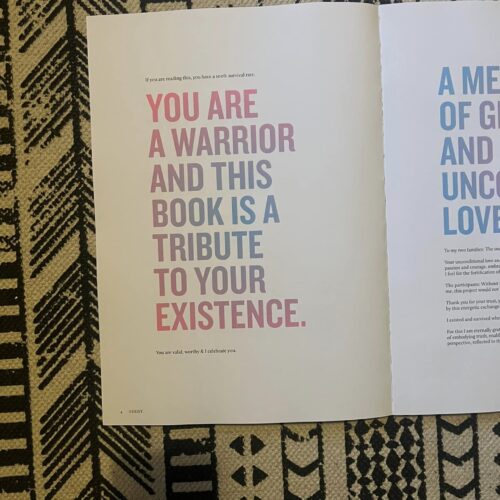 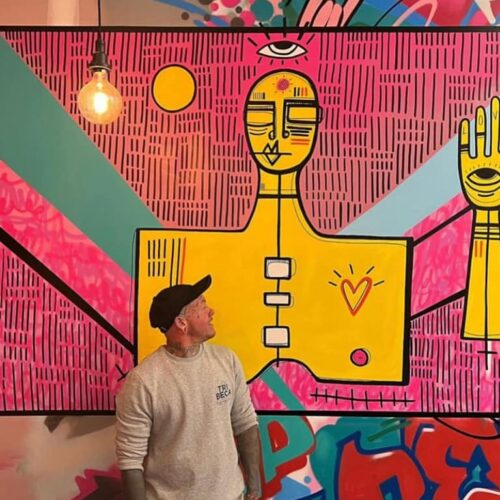