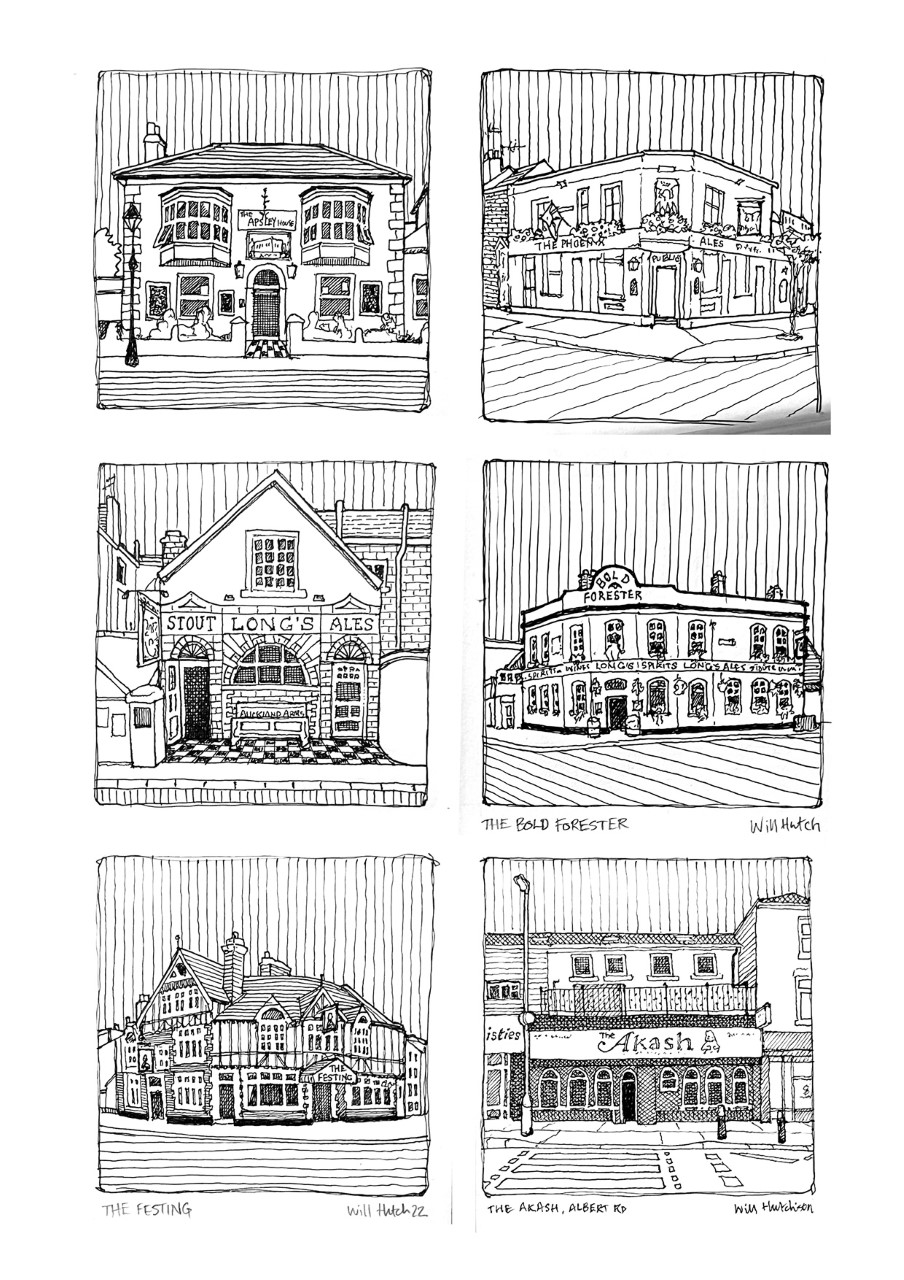 Last year, I fell in love with a collection of ‘Southsea Sketches’ and I knew they could be something the public would appreciate, so I wrote about the artist and shared his skills of the 7cm x 7cm drawings of Southsea. A year later, the same artist Will Hutchinson has an exhibition ‘Wish You Were Here’ of these intricate drawings that are famous local landmarks from pubs and shops to the Kings Theatre, at SouthScene on Saturday the 29th of October on Albert Road. The show starts at 4pm and until 9pm and has Two Thirds Beer serving up his craft ale and also live music. Although SouthScene looks small from the outside, it has a real depth that goes back through to 2 other rooms and offers a warm pleasant setting for an exhibition like this.

When asked about his new exhibition, Will said “I am trying to do an illustrated equivalent of a model village of Southsea. I find some of the buildings that other people might find a bit boring just as exciting as the Castle and I treat those things with as much respect as I do Southsea Castle. The whole point is that it’s a little love story to Southsea.”

All of his sketches started in lockdown like so many other creatives as it meant that Will had more time on his hands than ever before. Being a professional photographer and videographer meant Will was always busy rushing off to work to film a band video or work with a top brand for a new launch and found all of a sudden he had the time to slow down and take in his favourite spots in his hometown he had taken for granted before.

I feel that the pandemic has changed us all as creatives. This new relaxing pastime of Will’s where he takes the time to be away from his phone, grab his sketchbook and draw for an hour shows that he is giving himself time to breathe and take in the world.

Having been someone who has designed merchandise in the music industry for bands including The Libertines and The Strokes as well as working on top band videos for Madness means Will’s work can take him anywhere. I love that when he is in Southsea he spends time supporting local creatives here from independent art galleries to individuals trying to make a difference locally.

Have a read of my previous article on the Southsea Sketches here and make sure to pop down to Albert Road on Saturday to explore his work, and buy his postcards and sketches available on the evening.