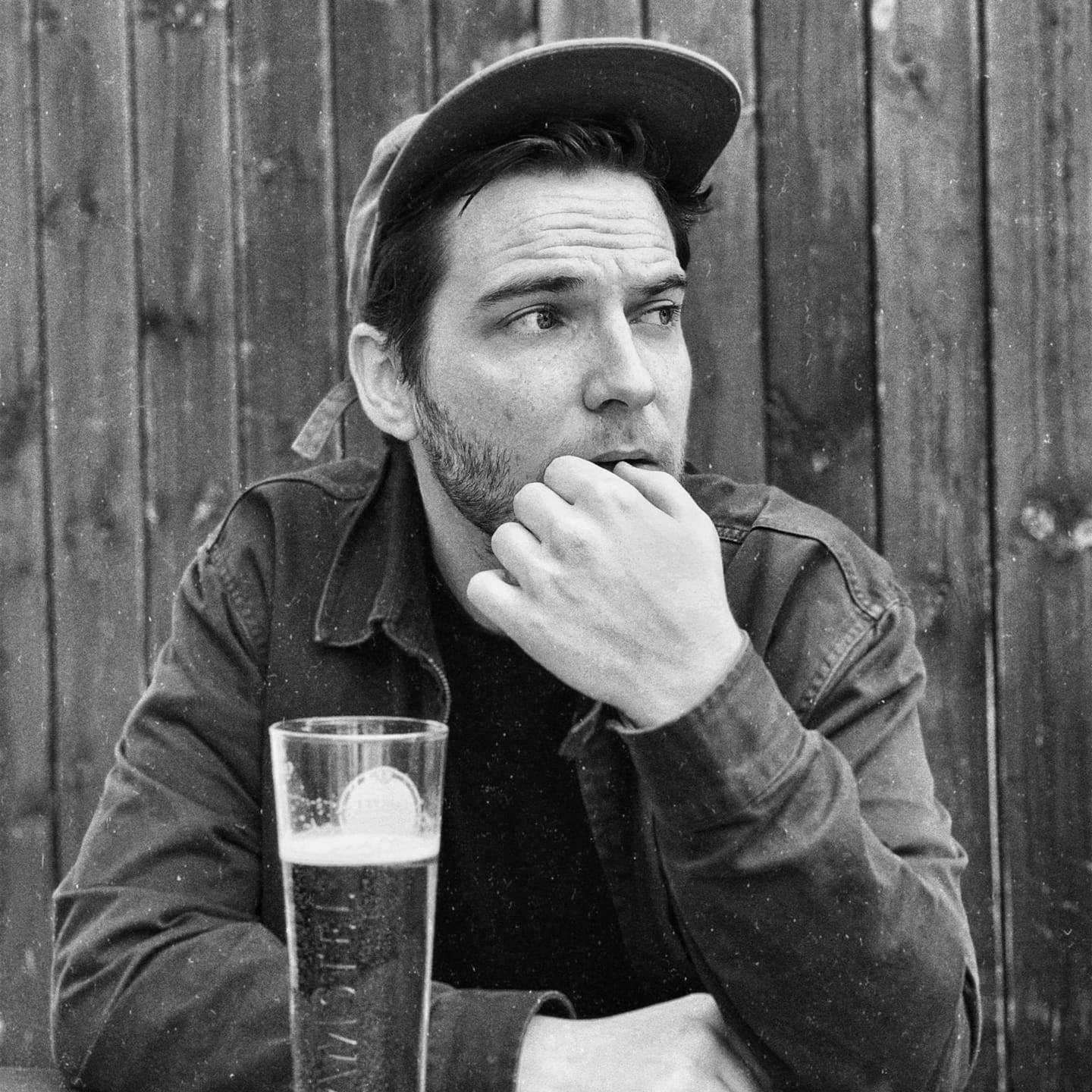 Having Victorious fever and thinking about what musicians are playing this wknd got me thinking about Tom Bryan who kind of blew me away at the Southsea Folk Awards. He came along and played a half-hour set during the break. Out of all the people that were there watching him, nearly half of the crowd came to me after to ask who he was and how incredible he was to watch!

So why do I love Tom’s music style so much? Well, he is the most individual, unique musician I have come across. The sounds grab you and really make you sit up and listen making you feel transfixed at his talent. Just when you think you are grasping his style and technique he throws something else into the mix for good measure and pushes the atmosphere up a notch.

Describing his style of music himself he says he is loop-based with an electric twist adding folk and dub elements. Improvising in a flow state means he can change the direction he wants a particular song to go and this really comes across to his audience.

Catching up with him at Showcase 2019 on the 22nd August just before Victorious we chatted about his music and focus.

Tom started drumming when he was just ten years old and started his music life in a Jazz band up to the age of around fifteen. He then went on to be the lead singer in a punk band called Shoot The Duke! They had a big following and in fact, their names were on the shortlist for the ‘Best Unsigned Band’ award at the Southsea Folk Awards but just missed out.

The band split up and Tom now 26 took a new direction going solo in March creating his new sound. Loving loop peddles as well as guitar and voice echos his performance really is exciting. Being involved in Jazz and Punk which are both very different means Tom has developed a distinctive style that you can’t necessarily pin down and that’s what makes him appealing.

I asked him a few questions

Have you played Victorious before?

Yes, this will be my 5th time. Its such a pleasure to be asked to play on stage at a festival like Victorious as a big crowd.  This time I am playing on the Beats and Swings Stage!

What do you hope to achieve at the moment as regards to your music?

Ideally, I would love to self-record and also play more festivals.

Any bands you are into at the moment?

I really like Neverman which are kind of Blues/Pop style and to be honest I love the acts that go on the Beats and Swings stage. Always like a bit of Drum and Base too.

What music influences did you grow up with?

What would be your advice to anyone going to Victorious this wknd?

I would say don’t write a list, just go with the flow and wander around and really listen to new sounds. The World Music Stage is great to introduce your kids to as there are bands with a real flair from African influences to Hip Hop, Funk, Jazz and experimental sounds.

What is the last song you listened to on your phone?

You can catch Tom today Friday the 23rd August at the Beats and Swings stage at 4.30pm. Tom is also playing in October supporting a band called the Howlers at the Guildhall Studio so look out for that. If there is one person I feel you should go listen to this year it is definitely this guy!

Have fun at Victorious and share your experience with us at Southsea Folk, let us know what you have loved. We will be out and about all wknd interviewing and catching up with traders and offering highlights of what we have loved!